This week's update won't be much of a reward for your ongoing investment. We hope you understand that though we like to keep you filled in on what's going down, there are a number of things we just can't talk about. When we can, we will.

We greatly appreciate your ongoing dedication to this little project of ours, we just don't have those golden nuggets of information you want right now. Those looking for the next big thing need not apply.

Jobs! Get Your Jobs!

...but you can always apply to join the team. Imagine being able to take the perfectly sane ideas floating around that head of yours and jam them into a video game.

That is exactly what it's like to work on Installation 01. Except instead of your ideas they are Bean's ideas. But you will execute those ideas or be executed yourself. We try not to think about it while we remove any features that are inspired by Halo Reach.

But that's beside the point. We need you to help make our dreams a reality. For just indefinite easy payments of your time and talent, you can be one more name in a list of other names that developed a video game. Pretty sweet deal if you ask us. Think of all of the exposure™

Note: These are not real jobs. Please do not pursue legal action against us. Thanks.

Do you ever wonder who BitterBones is? We knew we certainly do. That's why we decided to bring him onto the Installation 01 Team. Not for his artistic abilities, but purely to learn more about him as a person. 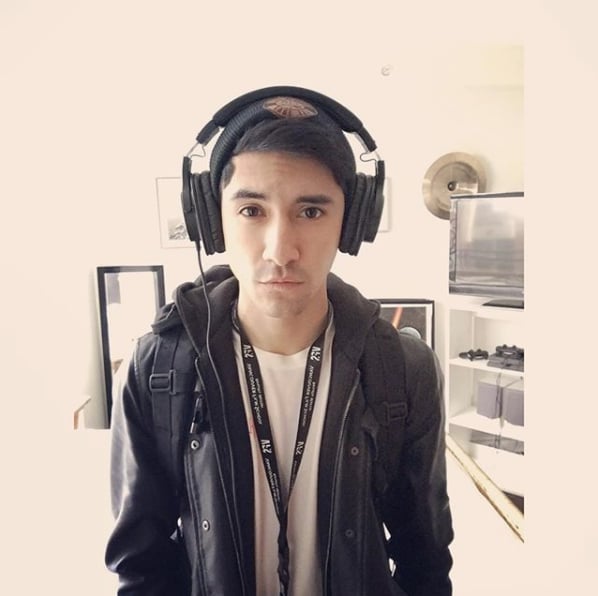 BitterBones, also known as Allen Wilson (a name given to him by his mother), is a 3D artist. He actually has experience in level design and has studied game design. But Blaze already has that covered for us so now Mr. Bones has been assigned to making environmental models.

We are thankful to have a spooky skeleton such as himself on the team, especially with Halloween coming up pretty soon. And his 3D models have really rocked our world so far. We can't wait to share what he's been working on with you. But while you wait for that day, let's settle for striking up a conversation with him and welcoming him to the community.

Launcher? I Barely Know Her!

This is a different kind of launcher than in the banner above.

Installation 01 already has the majority of the weapons we consider to be part of the "core" Halo experience. Those weapons we all know and love from the first couple of games.

It wasn't until the later games when the arsenal was expanded with fancier power weapons and that whole collection from the Brutes. It's about time for us to introduce one of these into Installation 01. Austin, also known as Ajlimo, has been working on this bad boy for awhile now. 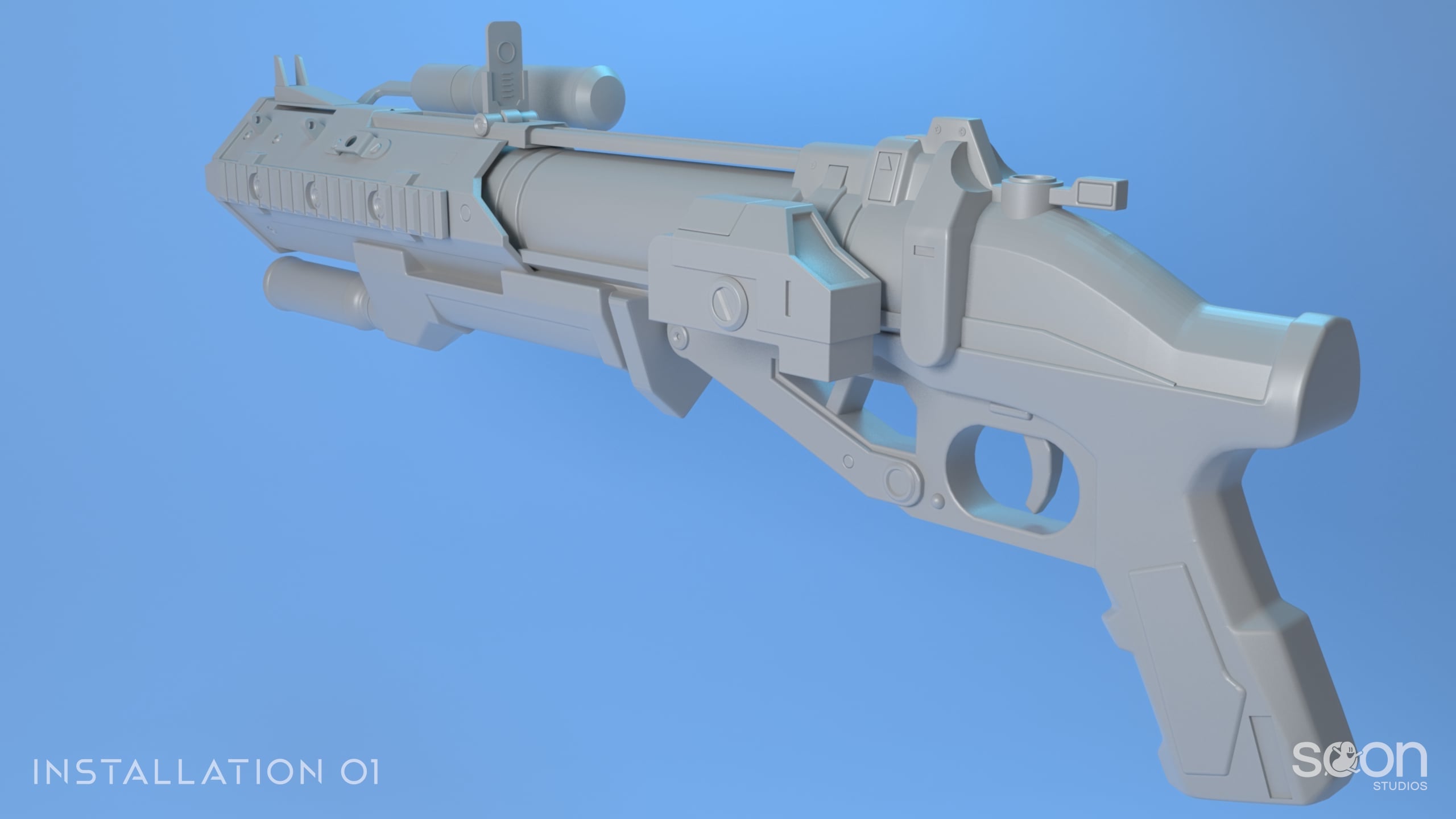 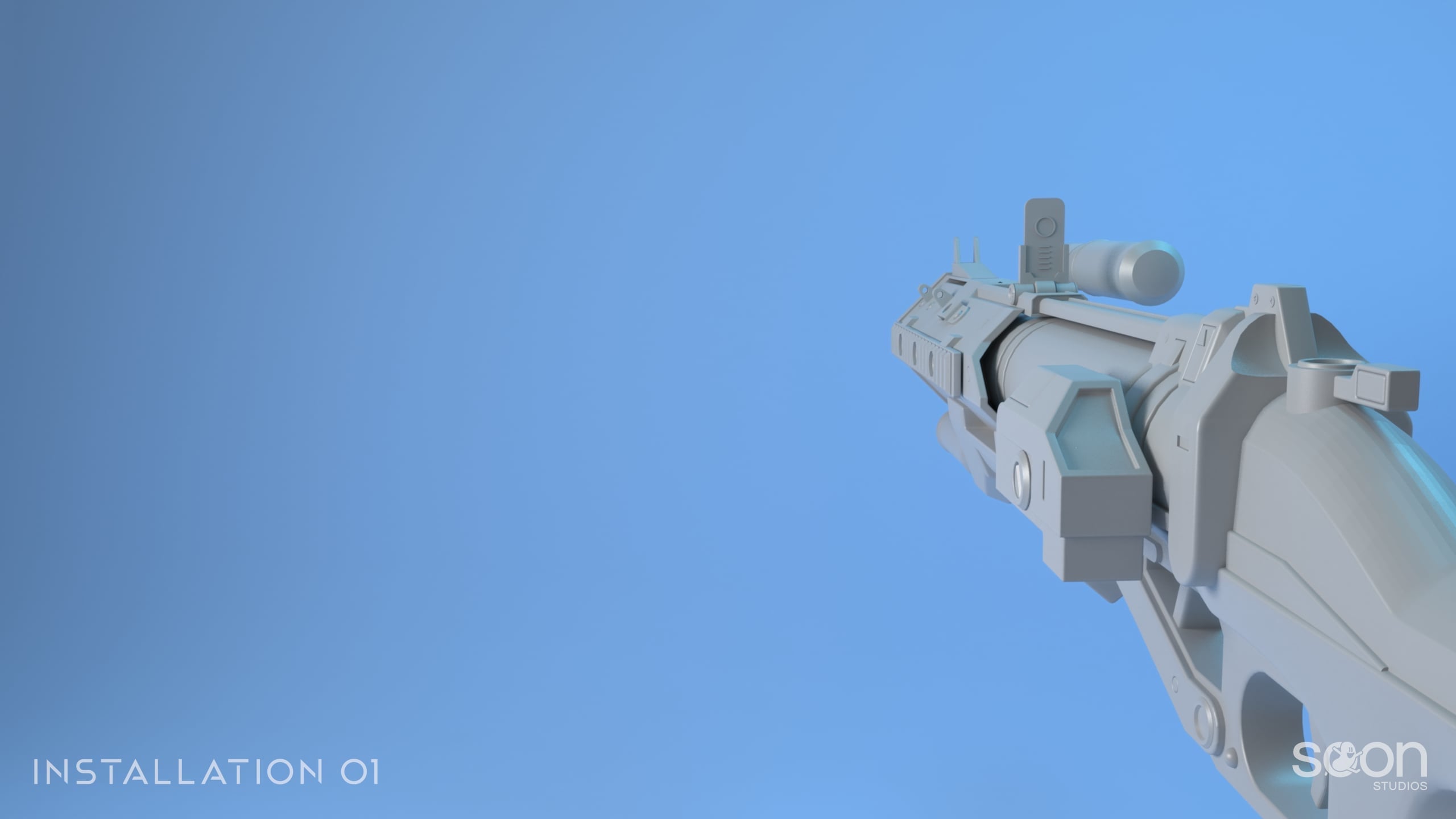 The model itself is pretty much finished, and it's moved onto our main texture artist Jibrail for that shiny coat of paint one expects in a modern video game. While it isn't quite finished just yet, we think it looks good enough to give you a sneak preview of. 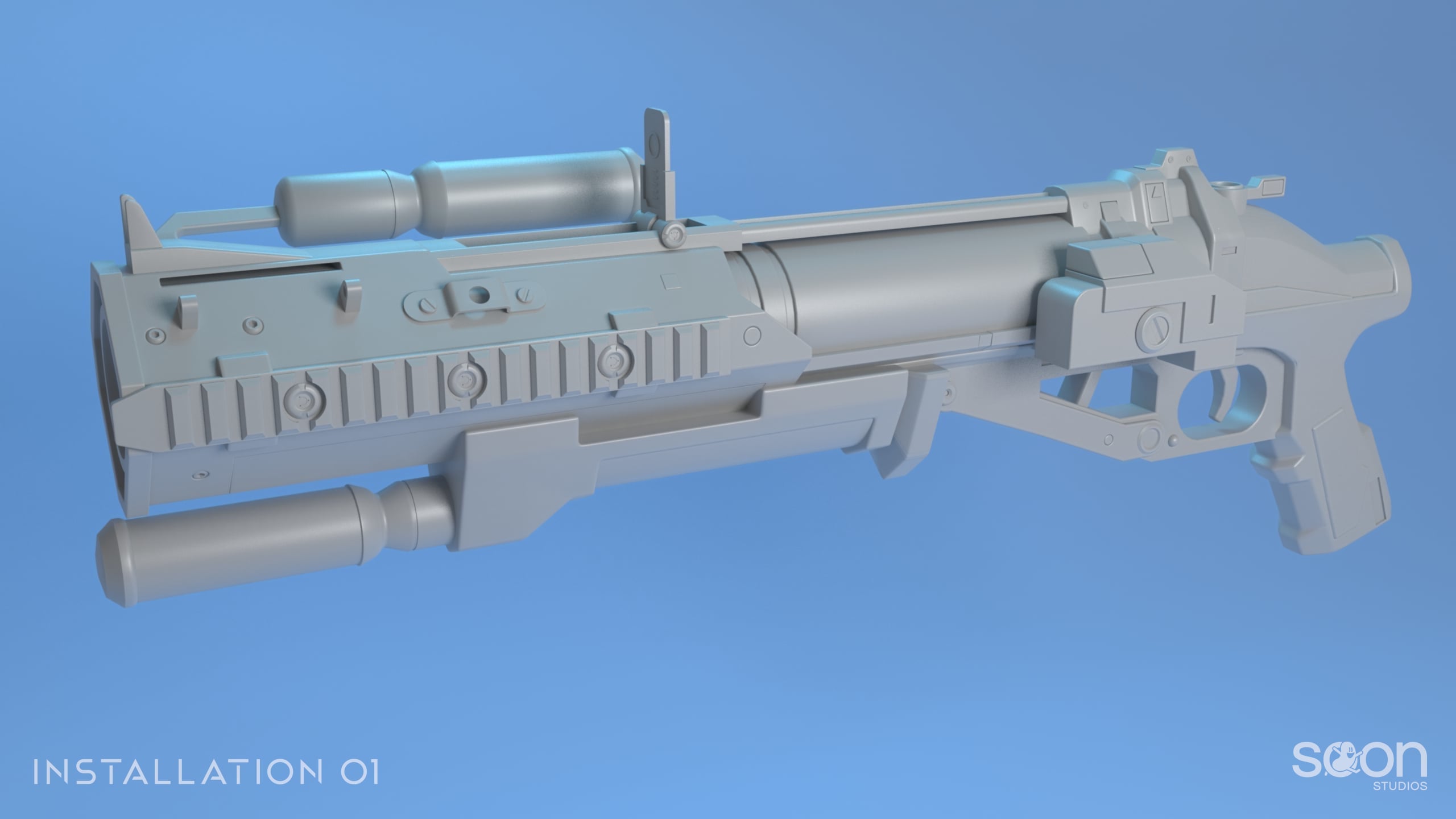 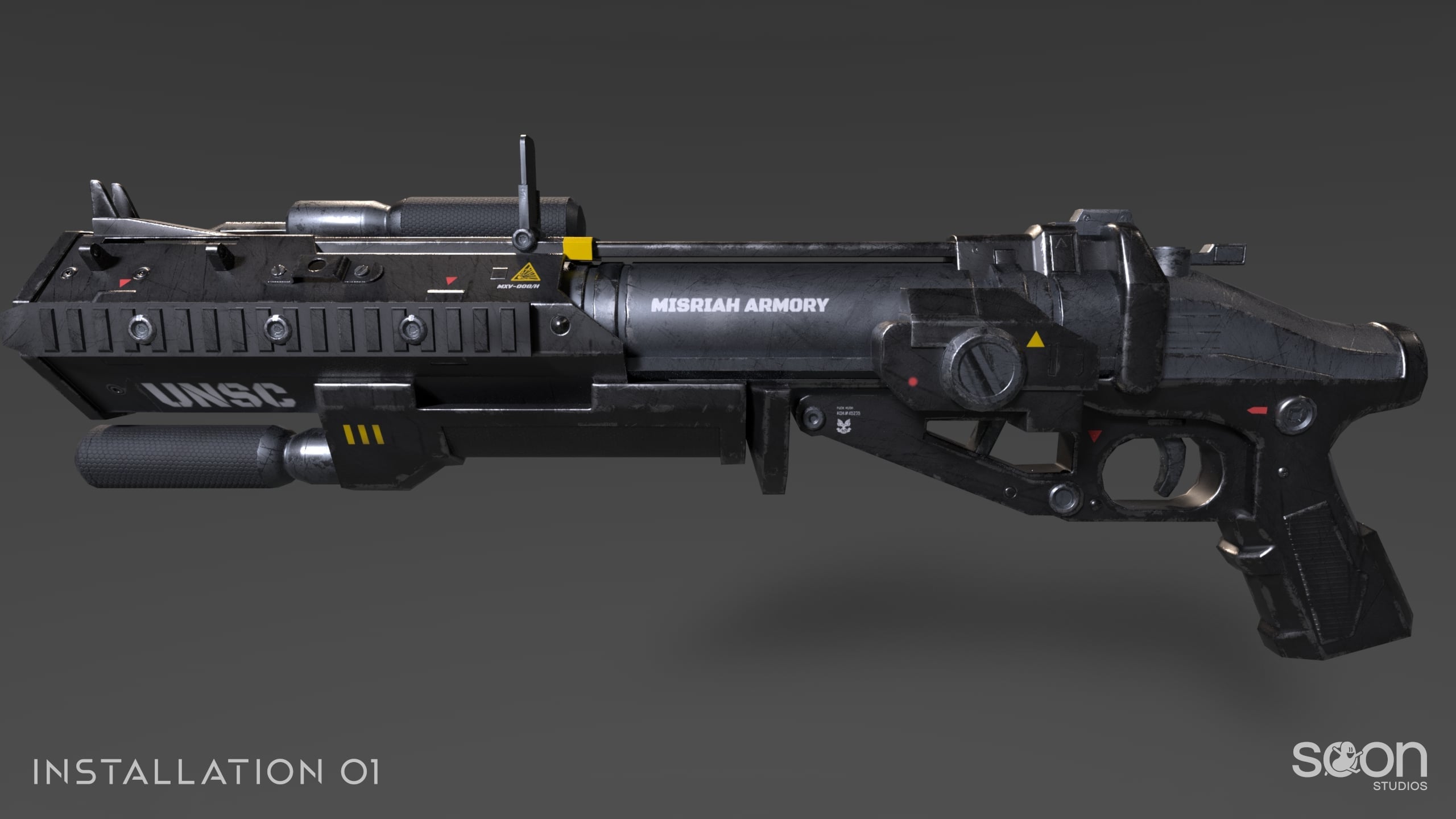 Installation 01 has always needed some more Reach inside of it, and this is certainly one of the best ways to do that without stepping on the toes of the Reach non-believers. We'll show you the final version as soon as it's ready. 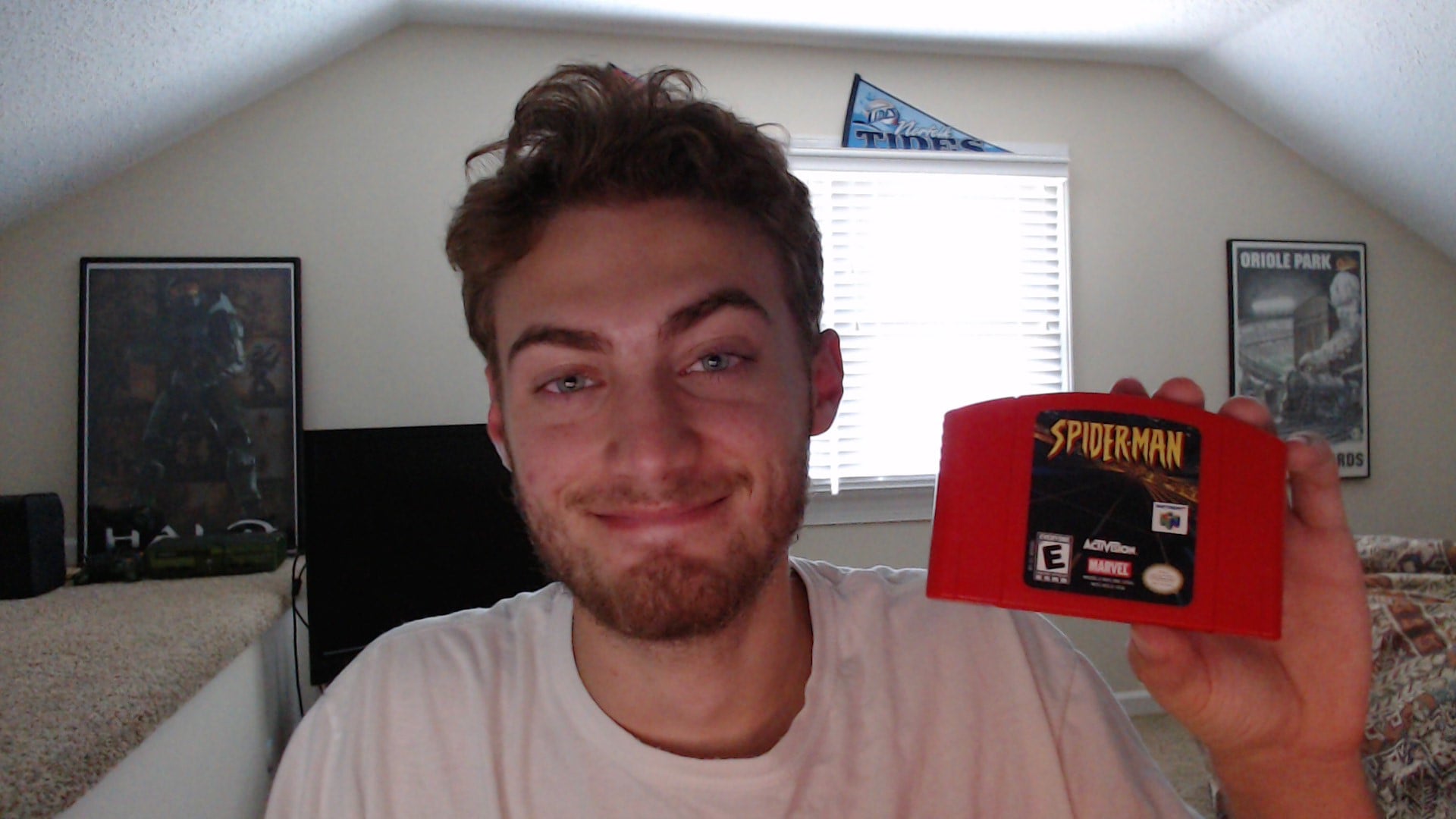 Bean has finally gotten around to picking up that new Spider-Man game. But for some reason, the game doesn't seem to fit into his PS4. If anyone can provide some technical support let us know. None of us here know anything about gaming on consoles.

We know your week can start to drag from the lack of Installation 01 content. But don't fall too deeply into a relaxing slumber. We'll be back next week with more. More bigger. More betterer. More later.

8
Pilot-11A
Fear not, Bean. I have the same problem. We all do.
2
MascotTheChunkierBean
;-;
5
Matias_Backwards
That grenade launcher is looking fine af. It’s gonna be fun to use.
3
What_Zen
XD When i saw the title for this weekly update i, being the idiot i am, thought it had something to do with the game launcher. but i was pleasantly surprised.
3
LifeWulf
First thought was rocket launcher (due to the link preview on Discord), then the game launcher. Did not see the grenade launcher coming. It looks pretty sweet!
2
What_Zen
Yee
2
cireznarf
Never understood how that grenade launcher fit into halo considering the single shot launcher like that was used in Vietnam and is somehow still around 550 years later. Nevertheless it was still fun using the EMp function on it and I’m sure look great when it’s finished up
2
DarkAuk
The M319 was initially manufactured in 2263 but is still used up to the current point in the timeline (2560). It still doesn't make much sense, but that disparity still means that's been in use for nearly 300 years and thus is one of the UNSC's oldest weapons still in use.
1
Mr_Gibus
That's pretty... Nice.