Game development is hard. And as we've come to learn, it's also really painful.

That's why we bring you these weekly update bandages. Sure it's painful, but at least we stopped the bleeding. It's only temporary until we're ready to reveal our hand. And by reveal our hand, I mean amputate your arm and replace it with an upgraded cybernetic one. I only said we could stop the flow of blood, there's no fixing that infection. Cyborgs are cool, right?

Here's an update to calm the nerves.

Since half of the team is busy playing Destiny 2 instead of actually working, we don't have much to talk about this week. So I thought it'd be the perfect time to answer some more questions that I've seen. I'm working on compiling one huge FAQ page together. You'll be able to use the search box on the top right to search through the questions and get those juicy answers.

But until the day where such a page actually exists, this mini Q&A will have to do.

Will there be dual-wielding?

Yes, even on needlers. That question is actually answered in the extended Q&A we did previously. Always check that page first.

Will you have X, Y, or Z gametype/playlist?

Probably. We're planning on having all of the best gametypes and playlists from each of the games. There should be a huge amount of variety and enough good stuff to make everyone happy.

When is the next actual Q&A?

We might not do another Q&A video anytime soon, but we may ask for more questions in the near future. There's a lot we can't answer yet just because we want to keep it a surprise.

Why haven't I heard anything about an alpha/beta?

Due to Bolt being deprecated by Photon, we've had to rip out and swap our entire networking system. This is has set us back pretty significantly (2-3 months) so the possibility of having an alpha this year is starting to look pretty slim. But rest assured, when we're ready to do some wider testing, we'll let you know.

Are you going to have a battle royale mode (with cheese)?

We're focusing on the core Halo experience first and foremost. So probably not. Let's leave that to the specialized games like PUBG.

Do you plan on running official Installation 01 tournaments?

I don't think there will ever be a real official tournament unless we outsource the organization and logistics to someone else. Right now it's a bit too early to know what the competitive scene will be like anyways.

That's all for the happy question fun time we have today. If you have more questions that require answers come on down to our Discord server.

Give Me a Graph, Stat

Here at Installation 01, statistics are important. We've actually been collecting some already, like how many of you are hanging around here every day.

Eventually there will be entire pages of both global and personal stats, but until then here's a little preview of what that graph will look like. The global stats page will be unvieled along with the rest of the website overhaul, so you'll just have to keep waiting on that one.

This is actual live data from the last two weeks by the way. So theoretically you should see it spike once this weekly update is live. Pretty neat. Unless you're on mobile, then it's squished.

This week we actually have a video for you. Granted, it's two seconds long. But hey at least you get one tiny taste of Installation 01's animations. You can thank GOUST for this one, as he secretly posted this leak on his personal YouTube channel. 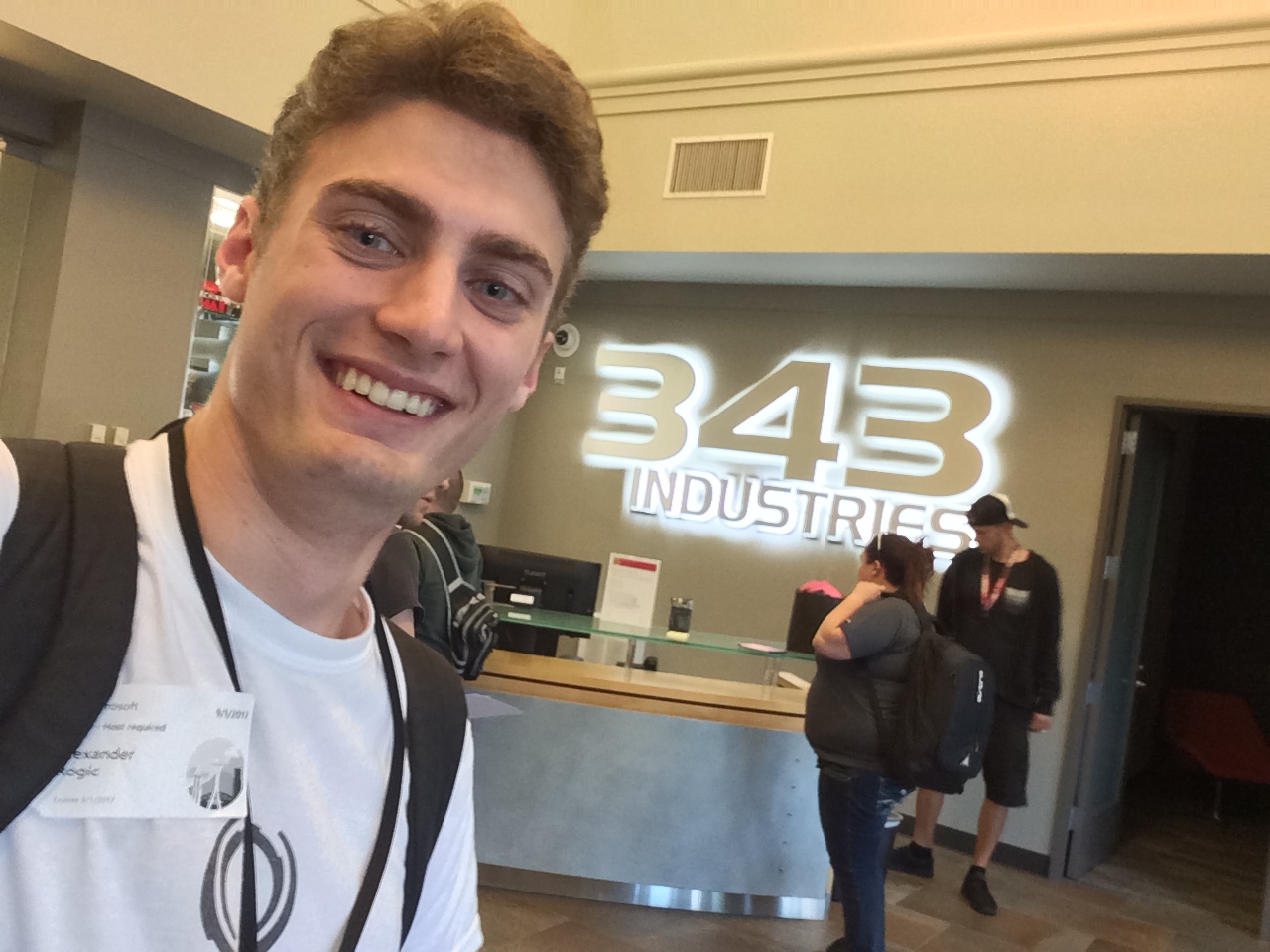 This is actually the last known photograph of Bean.

We don't have many details to go on, but I think the fact he never walked out of the 343 Industries office speaks for itself.

The lead theory is that 343 Industries thought Bean had grown too powerful so they locked him in their closet and are exploiting him for ideas in the next Halo game. Or worse. Maybe he got hired.

Yes, I know it's super late. But after that poll we ran a few weeks ago it seems like you guys would still rather have these updates on Friday nights rather than Saturday mornings. You brought this on yourselves.

4
Elitedrones
That sucks. well some time of age we will be able to play this game
-2
RettShields
> Due to Bolt being deprecated by Photon, we've had to rip out and swap our entire networking system. This is has set us back pretty significantly (2-3 months) so the possibility of having an alpha this year is starting to look pretty slim. But rest assured, when we're ready to do some wider testing, we'll let you know. This bit is completely inaccurate. Bolt is in active development. Photon didn't buy it to just shut it down..