This week at Installation 01 nothing happened.

Except for one little reveal on Wednesday, you may have heard of it. Rather than bore you with the details here, you can read all about our contact with 343 Industries and Microsoft here in the original post. You can also scroll down the page to this week's video roundup for a great summary by ClassyHam. Whichever you'd like. Or why not both? You do you.

We have yet to give out what sort of hardware you should pickup before you fire up the Installation 01 launcher and realize the game isn't going to even start. That changes today with this very post. The very lowest requirements are listed here. A quad core processor of almost any kind should do you just fine, and any graphics card from 2012 or later is capable of supporting the Vulkan API. As always, these can change in the future. But this is the ballpark range we think you'll want to be in.

To be even more specific, we would recommend a GTX 970 or above for Nvidia, or a RX 470 or above for AMD. That way you can play Installation 01 in glorious 60fps (or higher!) once you get your hands on it. Older cards that perform around the same level will also work just as good. Honestly, I wouldn't worry about whether or not you'll be able to run the game. We will be cranking the optimization up to 11 to make sure it runs as smooth as possible on the widest selection of hardware.

And as always, it's always subject to change before the game is finished.

This week, our special technical guest is making his writing debut. It's the palest of all the LeBoufs, Trever. He's here to talk about what makes the Ghost so spooky. Represented in box form, because we're not showing off the Ghost just yet. A huge thanks to Trever for taking time out of his busy programming schedule to take a stab at being technically correct. Let's get right down into it.

How does the Ghost hover?

Trever: Covenant ground vehicles and how they act has changed a lot over the years, especially the ghost. Not only has the the model changed drastically between Halo iterations, but so has the handling, control, and feel of every single version. Today I will be divulging how our own ghost operates, specifically the math and magic behind how this puppy floats (along with how all of our other covenant ground vehicles will be floating).

Imagine, if you will a box frozen in time about 3 meters off the ground. Then imagine 4 lines coming off of the bottom four vertexes of the box about half a meter or so towards the ground. These lines are called raycasts. Raycasts are one of the most important tools in game development for things like ground detection and bullet paths and have many other applications. For our own ghost, we use raycasts to detect the ground and also act as “springs”. These “springs” are what keep the beloved ghost from scraping along the ground or flying away. There’s actually a lot of math going on behind the scenes for our ghost to float as close as we can get it to other Halo games.

To give a brief overview (and a bit of pseudocode) of how the applied force at each point is calculated, first you get the velocity where the spring is connected to the vehicle, then apply it to the vehicle’s Y axis. This results in the current force being applied that is “compressing” said spring. From there, we calculate the amount of force to push back. This is simply the ratio of the compressed distance to the uncompressed distance multiplied by the stiffness or base force of the spring. After that, the new force is reduced by the the current force compressing the spring. Then, a linear and angular damping force is applied so that the vehicle won’t bounce and jitter forever and stabilize.

This is the (close to) end result:

Still lots of tweaks and improvements to be made, but this is the gist of how our ghost will be floating. Thanks for reading :D
- Trever

ClassyHam has filled the block this week with his excellent coverage of both the podcast and Wednesday's post. If you don't have the time to listen to all 84 minutes of podcast or don't want to read a big post, ClassyHam has you covered with these three short videos. And remember, stay classy.

Also, if you didn't notice, he's about to hit 1,000 subcribers! We're dropping the load a little early, but oh well. 995 looks like 1,000 if you rearrange some characters, take out a few, then put in a couple more. Also just a quick note. Let this be known as the first documented usage of emoji in a weekly update, and possibly the last. They're only for special occasions such as this one.

Congratulations, ClassyHam! Thanks for being the loyal Installation 01 recap machine. Keep up the great work. Here's to thousands of subscribers more. 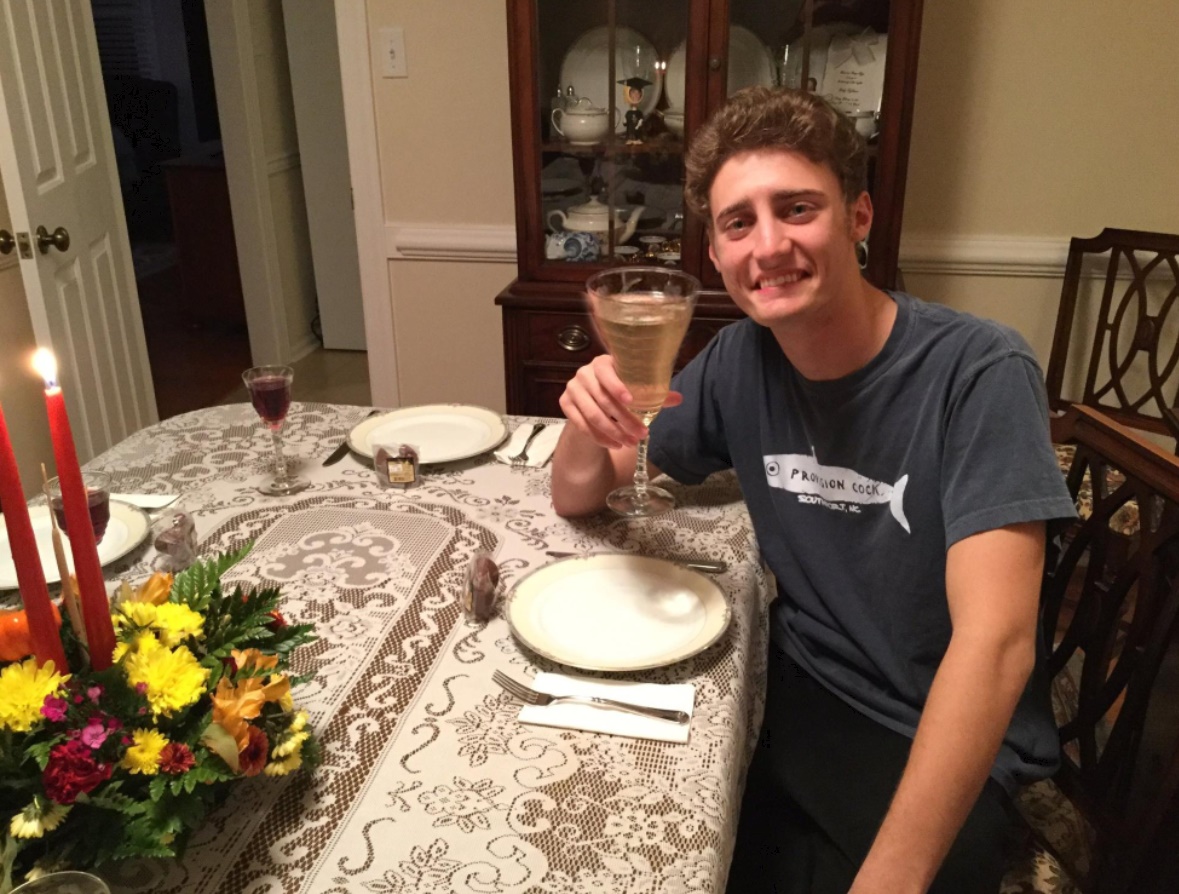 Bean was celebrating the success of Installation 01 when he realized something awful. His drinking problem has gotten out of hand. If this comically oversized glass of 100% alcohol can't convince you, I don't know what will. We'll have to send Bean off to rehab now. This will set us back at least a year.

No, this isn't an old Photoshopped picture of Bean from last Christmas. Why would you even suggest such a silly thing? These wild accusations are uncalled for, man.

Not too long of an update on this fine day. Just enough to satisfy the grunty thirst, but not so much as to overflow and spill everywhere. That would be embarrassing. I'll catch you in the next post. You might find a Team Focus interview coming up this week. Do you guys even read those? Let me or the interviewee know if something strikes a chord. It's not everyday that an interview can play the guitar.