This week at Installation 01 we revolutionized advertising.

Our patented new guerilla marketing scheme is taking the game straight to the source: Microsoft's own physical stores. No man, woman, or child can resist the face-melting clips of our cinematic trailer. This new, innovative advertising technique was devised by the brilliant mind of none other than Jackskullcrack. He's the man with the plan, so to speak.

Thumbs up for a job well done. There's a new wave of players flooding in from the successes of our marketing team (with Jack at the helm). Let's introduce them to our weekly update ritual.

This past Tuesday you may have seen some familiar faces on Podtacular, the unofficial Halo podcast. World famous celebrities featured in this episode include:

They talked about everything from alpha plans to more technical details like the mo-cap animation process. A good amount of people tuned into the shenanigans that ensued. But if you happened to miss it, don't fret. It's live on Podtacular's website for your listening pleasure. Check it out!

That's right, Technically Correct is back after a few weeks on hiatus. And it's just as technical as it's ever been. Here's Loui explaining things that go vroom vroom. Specifically the warthog.

Loui: Hello there, It's Loui Eriksson!

Recently, I've been working with other programmers who have been tasked with adding vehicles into i01, and one of the vehicles I've been working on is the iconic, the famous, the one and only Warthog! Since the warthog is such a staple of the Halo franchise, I've got to make sure it feels like a warthog. But how do I do that? Hold on, because this is going to get pretty technical!

So, Initially I thought the Warthog was going to be pretty simple. I would add the wheels to the hog, turn them to face the camera, and apply torque to the wheels. Then I could just tweak everything to make sure that it feels like the Warthog we know and love. But it actually turns out that the Warthog in Halo is incredibly complex, and has many different systems that the player may be completely oblivious about, but without them the hog wouldn't act anything NEAR the way it does in Halo.

So... let me ask you a question. Why when you drive the hog, do you accelerate at top speed but never lose fricion on the wheels, spin out when you turn, roll over, slide when you brake, and you decelerate so quickly? Let's answer these, because they certainly baffled me!

Why do I never lose friction on the wheels, or spin out?

Turns out that the driving on the Warthog is incredibly artificial. When you drive, it's actually the hog doing all the work! The vehicle automatically brakes for you when you turn (just without letting you know), and slows down + applies brake torque as you move the camera further from where the hog is currently facing (aka. Steering harder). On top of that, there is some traction control to make sure that the wheels don't lose friction when you're driving, and so you always have grip no matter what surface you're on. The warthog just simply waits until you're going over a certain speed before these assists kick in, which is why you can corner much faster from idle, than when you're moving.

Don't believe me? Next time you're playing Halo, get in the warthog and start turning hard! You'll see how the vehicle slows down for you as you turn, and it's extremely hard to spin out, unless you're on a bumpy or sloped surface. Add to that the grip of the wheels, and you're pretty much stuck to the ground!

Why does the Warthog never flip over when I turn at hard angles?

This one is a little harder to explain, as there are loads of ways that this could be done in the games. The way I settled for is that the hog has what we call a "Anti-Roll Stabilizer Bars", and the theory behind these is that as pressure is applied the the suspension on one side, the suspension on the other side lowers, helping to balance out the weight of the vehicle and making it harder to bank the car on hard corners. This way, the hog will be less likely to flip over when turning, and instead, the force is transferred into sideways momentum and the vehicle will drift along instead, rather than flipping over. These systems don't stop the vehicle from flipping over, rather they make it so that it takes more force to flip over the vehicle, and as we all know, the warthog does flip over...

Now, as a side note, any of you guys that played Halo Reach back in the day will remember the "Speed" gametype where you slide endlessly down a massive ramp going faster and faster. That is a good example of how the warthog prevents itself from rolling over by converting force that would normally make it flip over, into sideways force. Even though eventually you'll reach speeds faster than the anti-roll bars can compensate for, and you'll start spinning at crazy speeds down the ramp.

Why don't I slide when I brake, and I decelerate quickly when I release the accelerator?

These are easily the simplest answers of them all, so I thought I'd bundle two-in-one here. Well, when you brake, we use an ABS system to prevent the wheels from locking. What this means is that instead of the brakes just jamming on like your bike brakes might, the brakes turn on, then off, then on, and off again in really quick succession. This stops the wheel from just stopping moving instantly, and you continuing to move off at the same velocity but now with absolutely no friction on your tires, and where you end up is anyone's guess. So instead, we apply brake torque to the wheels using ABS to stop the wheels locking, and we stop the wheel from turning visually to provide the illusion that the brakes have jammed on, even when they haven't.

Bonus Question: "Why don't I have to turn the camera in the other direction when I'm reversing?

This confused me when I was testing out the reversing on the Warthog. Looks like to keep things simple, the folks at Bungie turned the wheels at opposite angles to what they were facing beforehand, so the vehicle is still steering in the opposite direction when reversing, but you don't have to do anything.

TL;DR - The warthog pretty much drives itself, puny mortal.

Well, that was a monster. I hope you enjoyed reading it as much as I enjoyed writing it at 1AM on a Friday evening in a room that's over 32 degrees celcius. If you want to know even more about this kind of interesting stuff, then hit me up on the Installation 01 Public Discord Server! I'm on pretty much all the time.

Marty himself has returned to work on Halo one last time. He's using the name "Jafet Meza" as a cover, but we all know the truth. Here's a sketch of his latest song called Trapped in a Postcard. It's in work in progress like all things around here, so expect it to be even better the next time you hear it.

Jafet posts Installation 01's music pretty regularly, so be sure to give him a subscription to see them the nanosecond he posts them. Forget Fireteam Osiris, join Notification Squad. You'll get a greatly reduced number of incoming projectiles compared to the former. 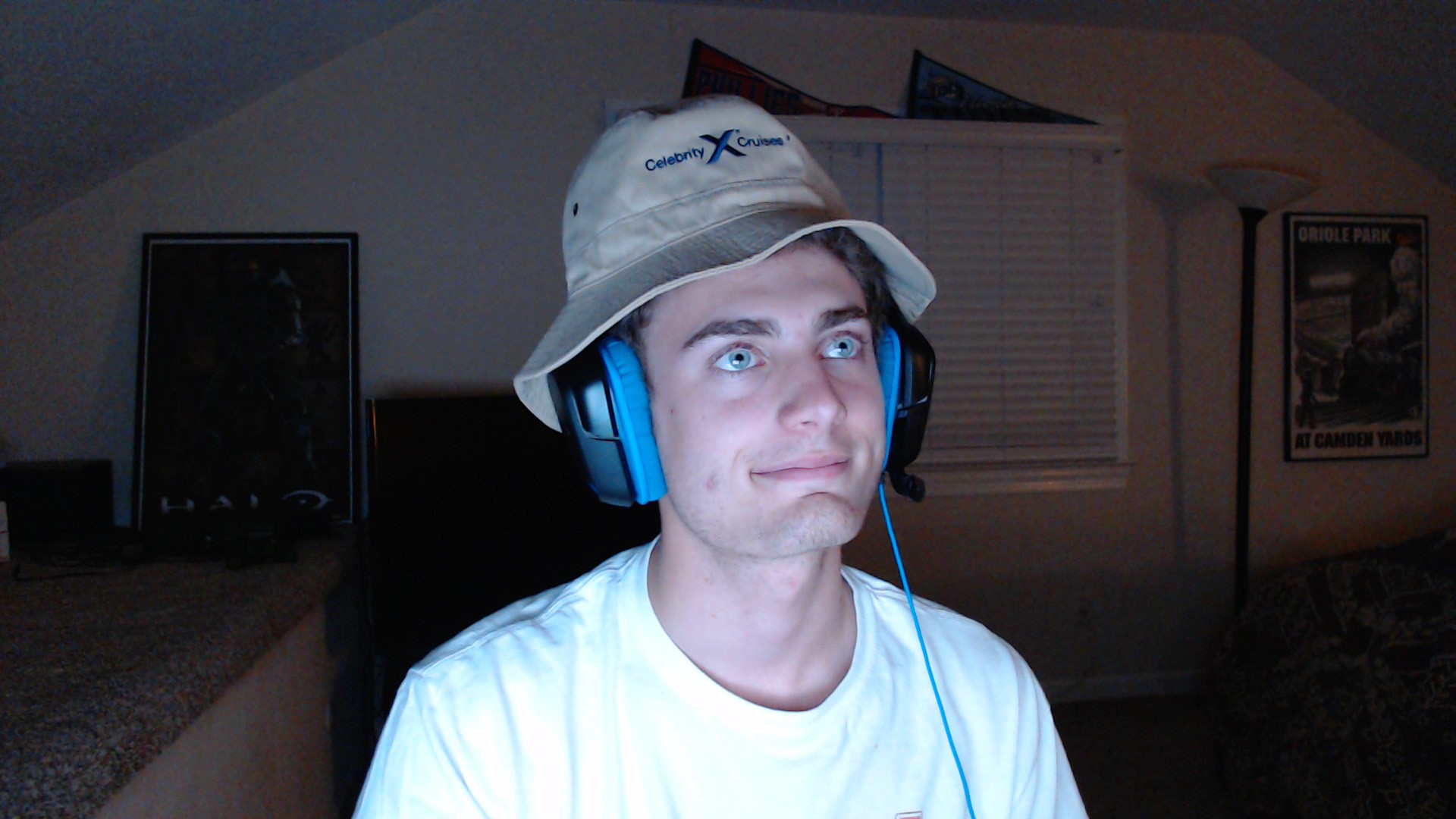 Some men want to watch the world burn. Bean is one of them. This is the face he will make as he looks over the ruins of the world crushed under his mighty fist. Don't let those baby blue eyes decieve you. Those are not his true colors.

That concludes yet another weekly update. Nothing too exciting this week, not until this upcoming Wednesday at least. You'll want to be around for that.