Welcome back to a regular ol' weekly update. It's been awhile since we've had one of these. There's been studio announcements, new trailers, and status updates in video format. It turns out it takes actual resources to plan, write, and produce a video. So we're switching back to simple articles instead.

We're not quite sure how to follow up that Halo Infinite reveal, but we'll try out best.

TheChunkierBean himself just did some time on Podtacular, the unofficial Halo universe podcast. If you missed it, it should be posted on their website within the next couple of days. In the meantime, feel free to speculate as to if Bean gave out some exclusive information or not.

Despite what his name suggests, Austin Crane is neither construction equipment nor a bird. And he's definitely not a Guinea pig, no matter what Google says. He is a man. A man with a plan, as they say. His plan was to break into the Installation 01 Team, and he's done just that. Austin is here to make even more 3D models. As if we don't have enough of those already (we don't).

We are glad to have Austin on board. Here he is to introduce himself.

Austin: "Born in the woods in Siberia, I emerged from the womb of a Eurasian brown bear that had been wounded by a local krasnoarmiich. I was raised by bears during my early years.While eating bugs and drinking Kvass, I was rescued. Now I make 3D art in America."

If you'd like to see some of his previous work, check out austincrane.us or you can play around with this Colt 45 Peacemaker model right here if you're lazy.

They like to say, "Efficiency is just intelligent laziness." and, "A picture is worth a thousand words."

Well, we're starting a new saying called "A bunch of wallpapers are a perfectly sufficient replacement for actual engaging text content in your weekly updates." 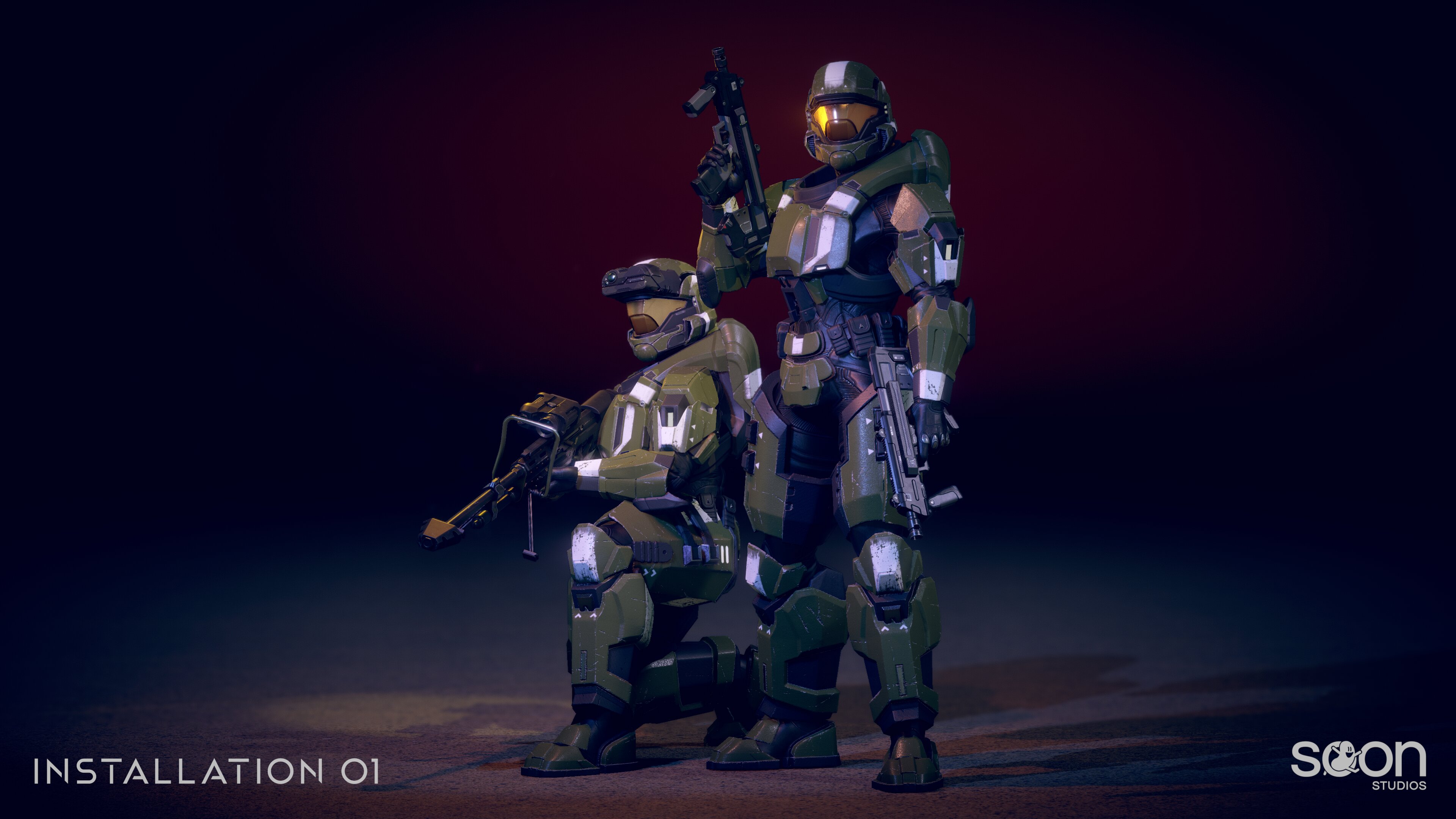 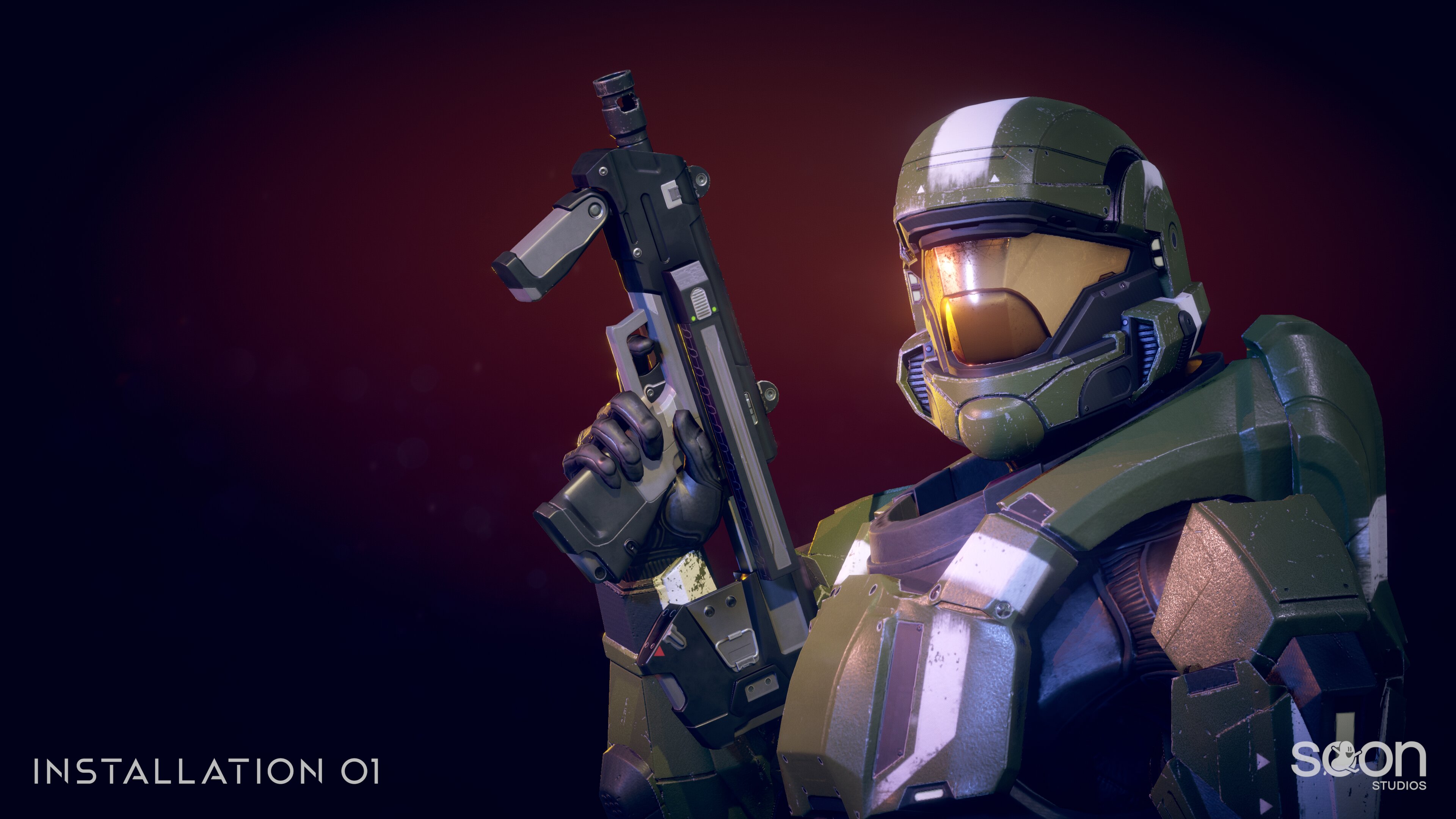 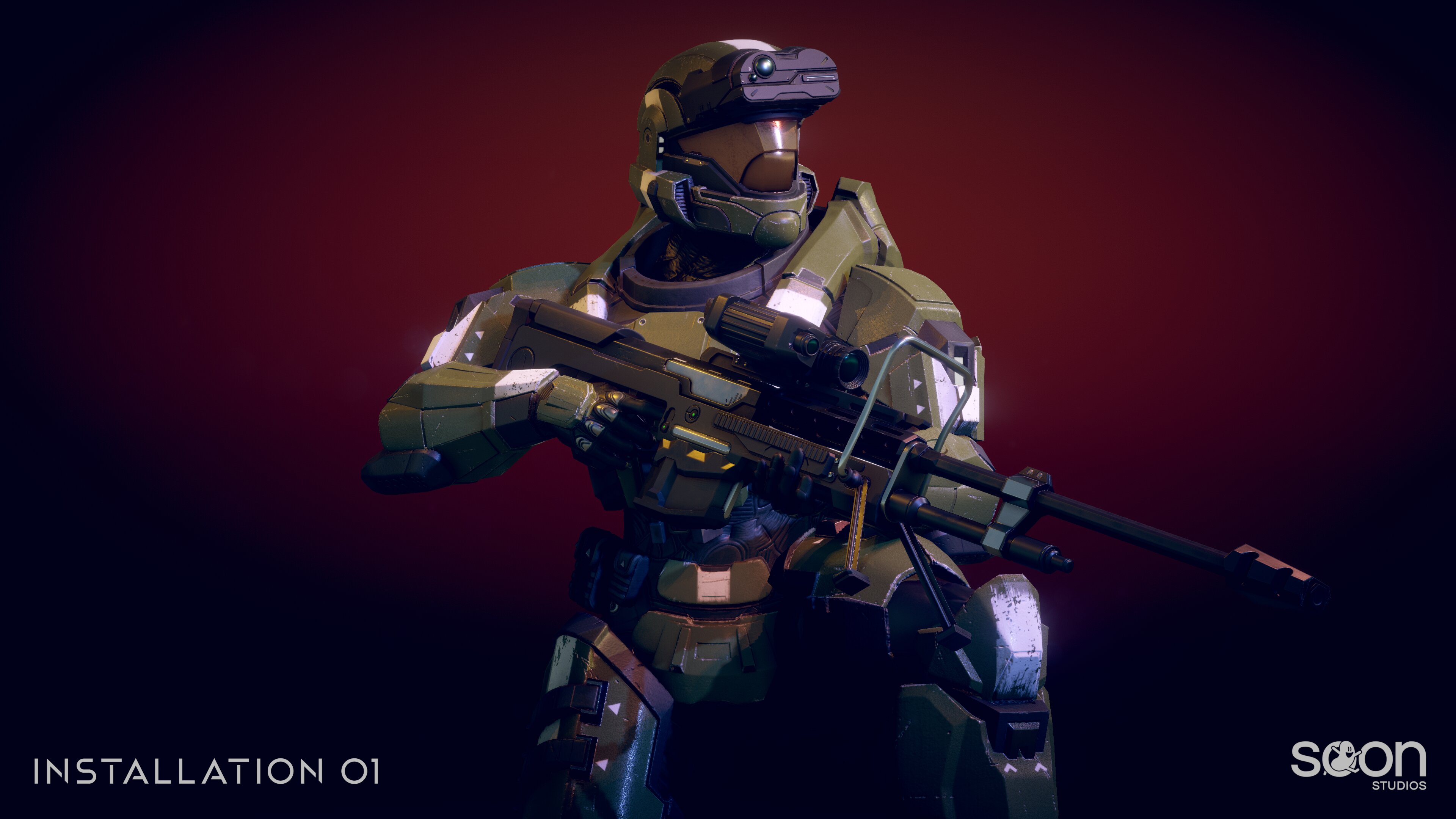 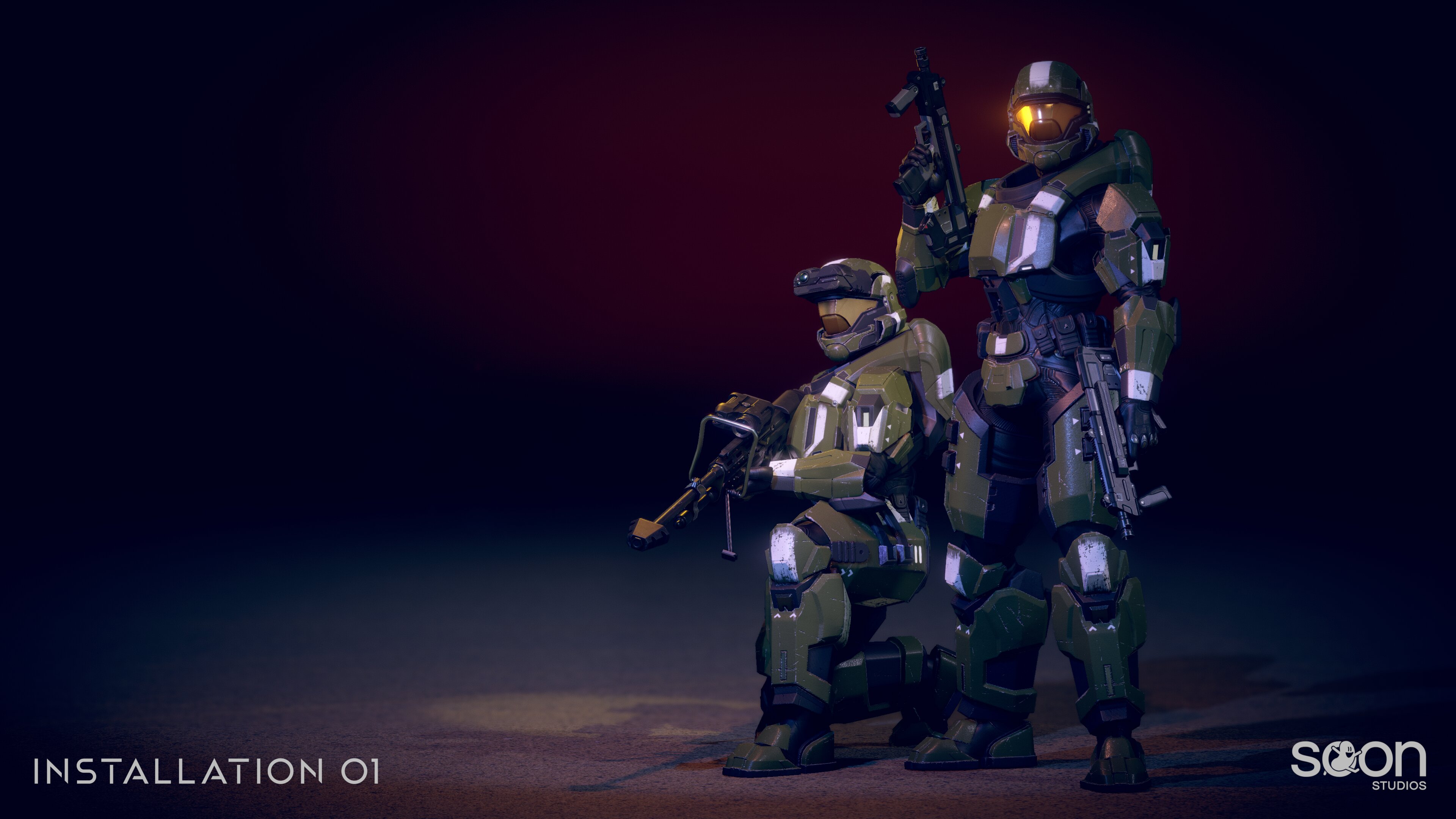 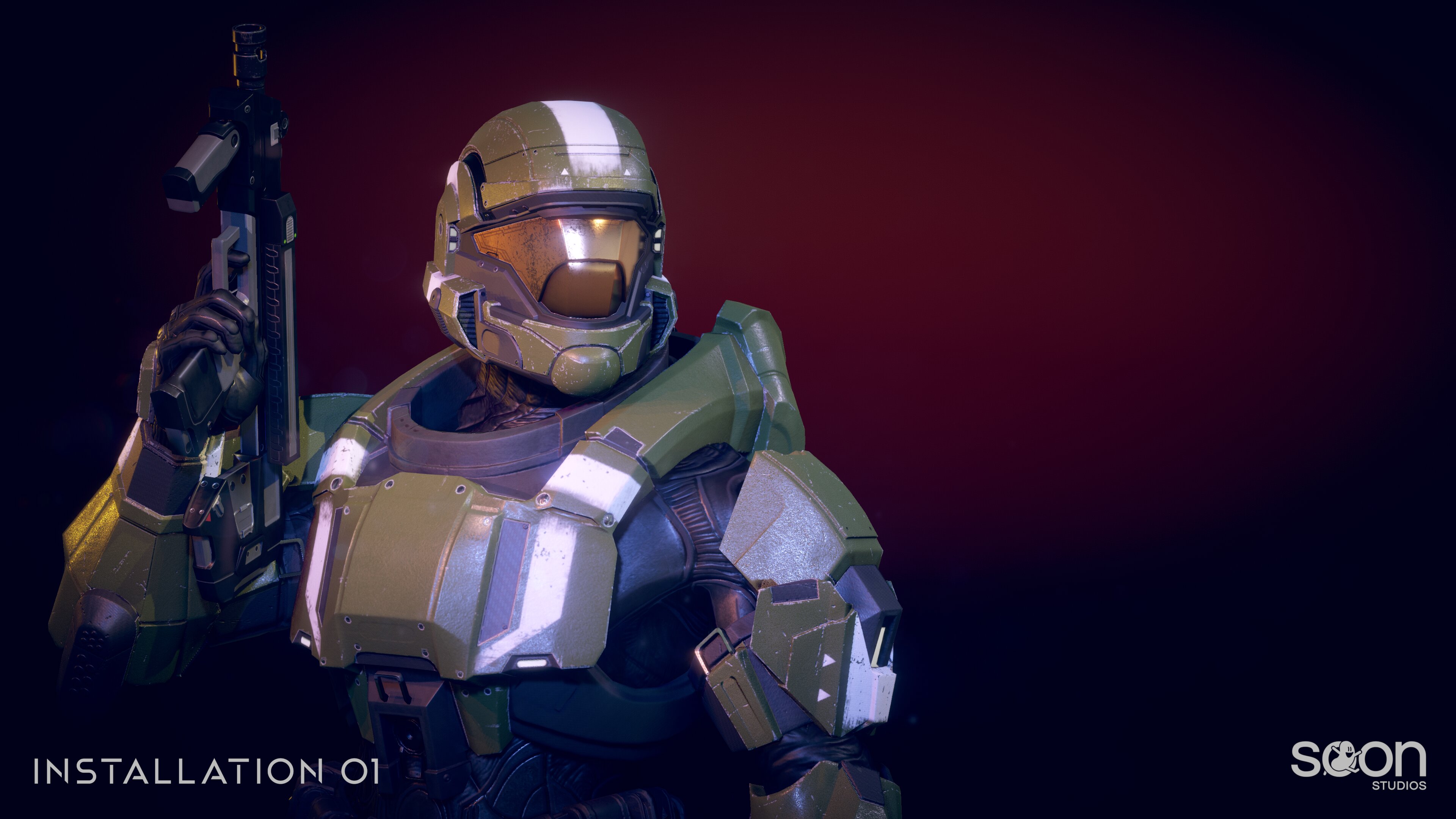 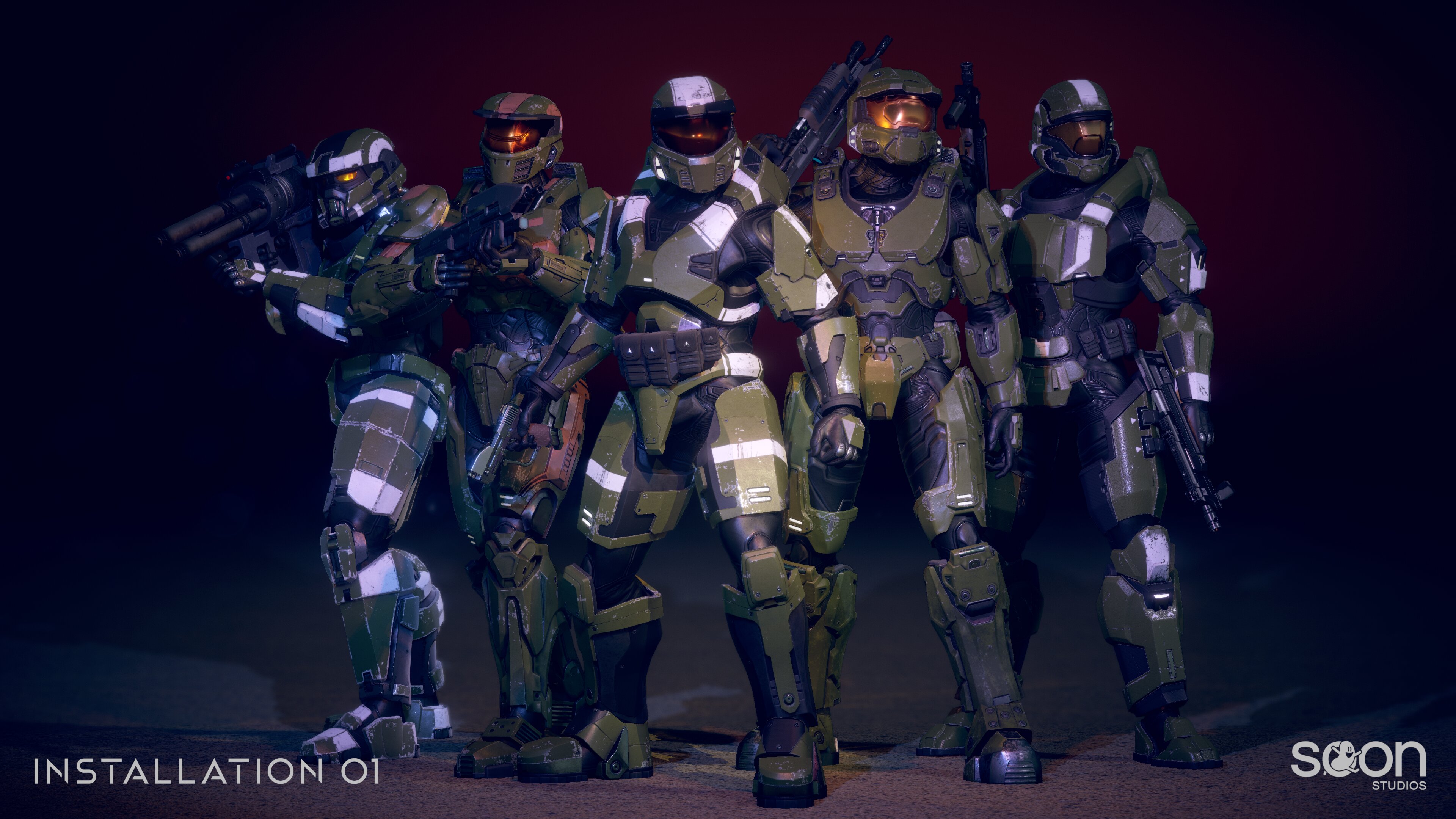 You've got a variety of poses to choose from, most of them being the improved ODST armor. All in stunning 4K Ultra HD OLED AI ThinQ powered by Blockchain and Technicolor in the IBM Cloud.

We got FLACs, we got MP3s, but neither of those are on CDs. Turns out SoundCloud only allows a few people to download a song, so we decided to put them here instead. There will also be a dedicated soundtrack added to the website page soon™.

Right now you'll have to download them one-by-one, but the final album will be available as a zip file.

Remember when we used to roundup videos from the community? We finally have one to showcase again. Bartley The Shopkeeper is here to show you guys how to unlock all of the achievements in Installation 01. I don't know how he managed to fit all 1,337 achievements into a one minute video, but he did.

We hope you find this video as helpful as we did. 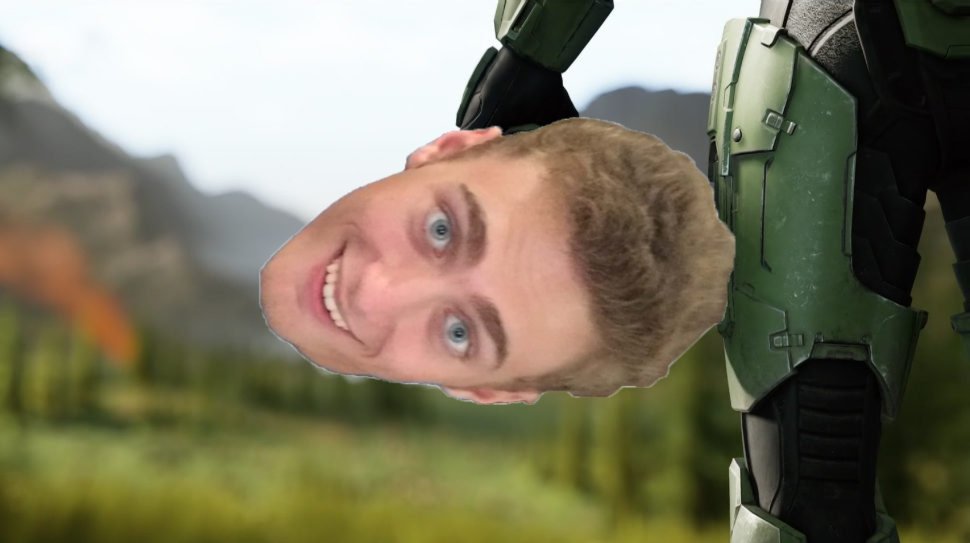 This Bean meme was submitted by Sketch.

Halo Infinite's art style is... different. It was a bold to move to replace Master Chief's helmet with a PNG of Bean's face. We don't know what kind of shady backdoor deal Bean made to get the spotlight and quite frankly we don't want to know. Let's just hope this risky move pays off.

One last thing before we call it a day:

Stop asking us how to download the game. As if the download link is buried in some dropdown menu somewhere. Why would we hide the download? That's just poor design.

There will most likely be a giant button with flashing arrows on the homepage once the game is released. Not to mention there will be a video. Along with some kind of livestream with a countdown. And probably a parade with a fireworks show. If we're really lucky, there might even be a pizza party.

Our point is, you'll definitely know.

18
kingkellogg
Oh Hello there ODST
10
Thraximinus
General ODST! You are a bold one!
9
TheSenateToBeSure
Are we blind? Deploy the upvotes!
5
Matias_Backwards
Oh no, I'm not brave enough for reddit comments.
6
Ouroboros_0
Will the ‘sniper’ ODST be a separate helmet entirely or is it more of a Reach-style attachment system?
3
Choo Choothefeeltrain
Most likely Reach-style.
6
kingkellogg
Hard to say, I didn't make it
2
DeceivE_
This looks amazing! Love the new variant too! Personally liked the bulkier look of the reach set but that's just my opinion. The helmet looks as ICONIC as ever though! Nice work!
2
Gapeman7
Man the ODST sniper variant helmet looks fantastic. Can't wait to get my hands on it.
2
CBO0tz
Man, the helmet looks perfect. ODST armor would probably benefit the most from having the option to add attachments to places like the helmet, chest, shoulder plates, thighs, and shins. Can't really say the same for other pieces of armor. I hope Reach-style ammo pouches become attachments for early-generation Mark V and VI armor pieces.
2
ProFALGSC_Transhuman
"Stop asking us how to download the game. As if the download link is buried in some dropdown menu somewhere. Why would we hide the download? That's just poor design." "What if we put cheat codes in here? Or like, a link to download the game before it's out? And you never came here. You'd totally miss it!" Hmm... IDK about that last part of the update lol.