Don't call this a comeback, we've been here for years.

There isn't a weekly update for 4/28/2018. Perhaps the archives are incomplete. Or perhaps it's just that time of the year where everyone is churning out 12 page papers and studying for finals. There's really no way to be sure. Maybe you're supposed to be doing that very thing right now. Yet here you are. Reading an Installation 01 weekly update.

If that's the case, don't worry. We're here to reassure you that you made the right choice. Sit back, relax, and don't think about the impending exams that decide your future. Think happy thoughts. Halo Reach released on the PC thoughts.

Coming to a Phoenix Near You

If you've been living under a rock either literally or figuratively, you might have missed our announcement the Phoenix Comic Fest 2018 fan game panel we'll be hosting. You also might have missed it will be on Saturday, May 26th from 3:00PM until 4:00PM (PDT/MST). We're happy to see you've pulled youself out from under that metaphorical rock. Clean yourself up and come discuss the state of fan projects and their place in the video game industry.

You might see some of your favorite projects on the panel. Maybe even some of the ones listed below.

We hope to see you there.

Game development is incremental. The map from our 2017 Q&A video and cinematic trailer is no exception. It's been a long multi-year journey for Obelisk. One filled with gray and gloom. And later filled with brown. From a pile of dirt floating in the middle of nowhere to a somewhat beautiful island on one of the Halo rings (it's up to you to guess which one) 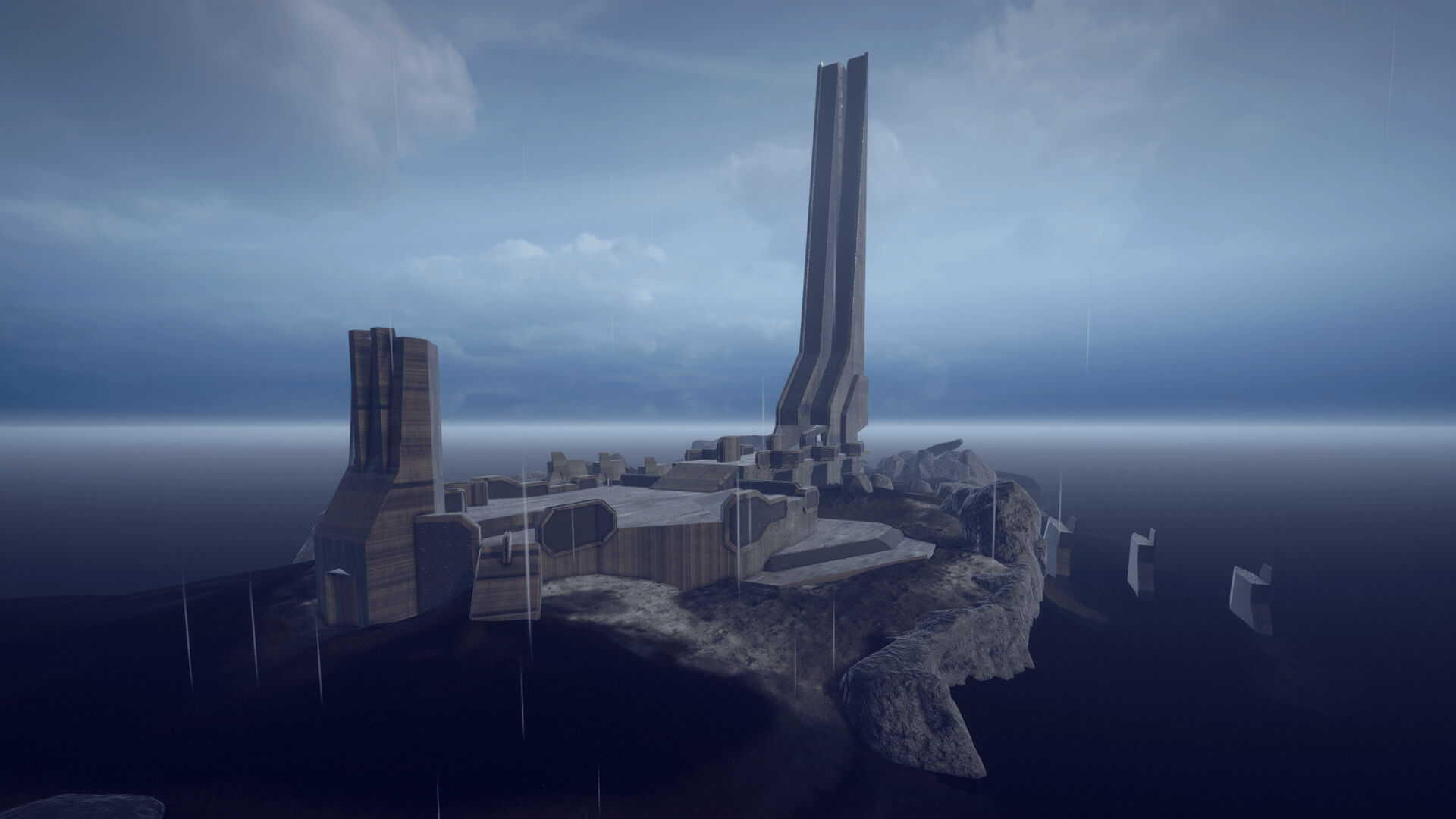 Why did anyone think that this stormy setting devoid of all color and fun was a good idea? That's not something I can answer. But for obvious reasons we decided to spice things up with a little sunlight in the next iteration. 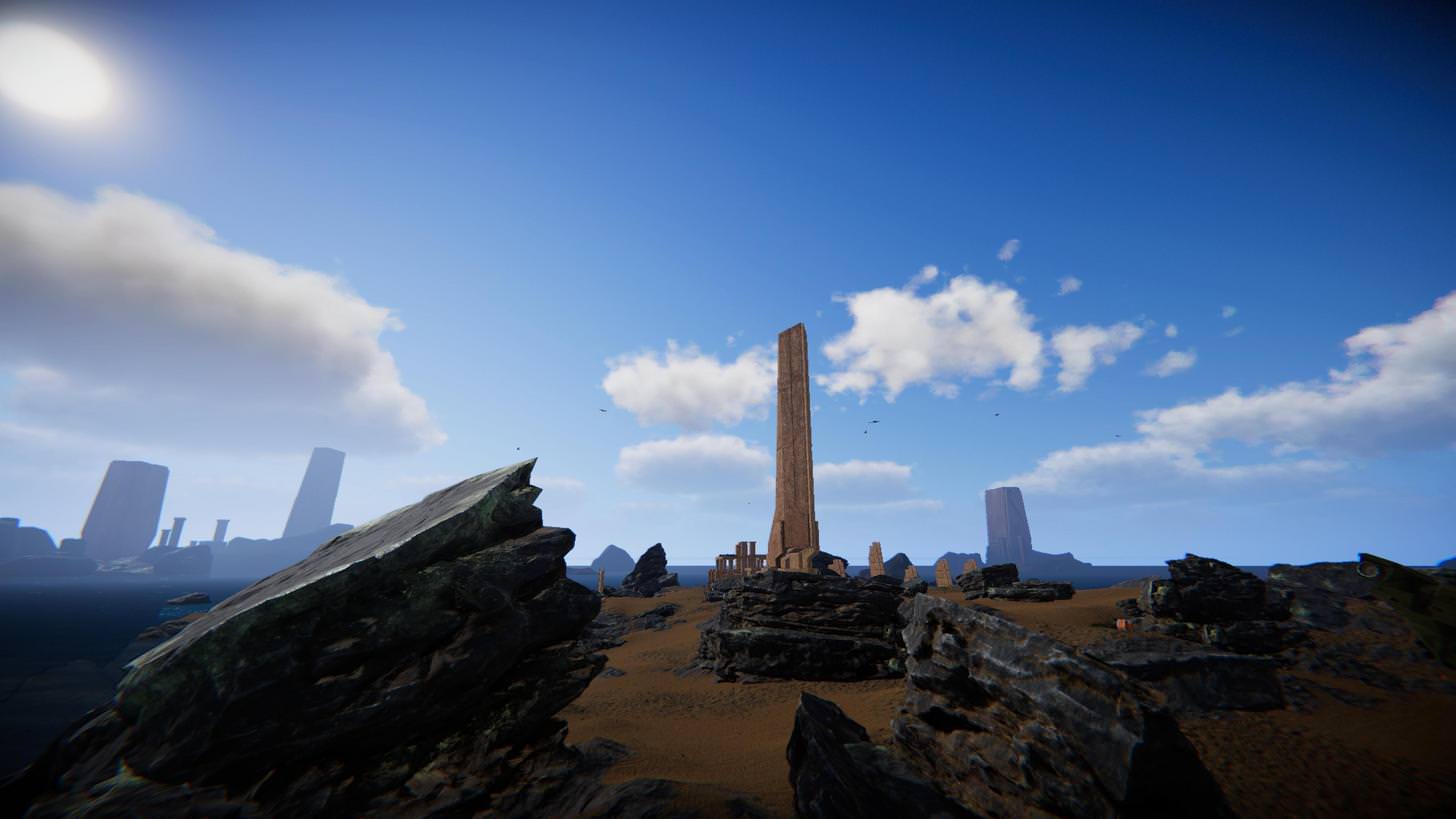 While it was definitely an improvement over the old one, the new Obelisk still had its own share of problems. The biggest being the entire map was nothing more than a giant pile of dirt and rocks. Its only saving grace was the sandstone structure, but even that was fundamentally flawed. The tiles were too tiled.

Everything has culminated into what we're about to show you.

I think 9 out of 10 dentists will agree-- this is the best Obelisk has ever looked. And it's not even a close race.

Obelisk and other maps will continue to evolve and improve over time. Sometimes it takes a while for things to get going. But once we have that momentum, there's nothing you can do to stop us from restarting the whole thing for the fourth time. 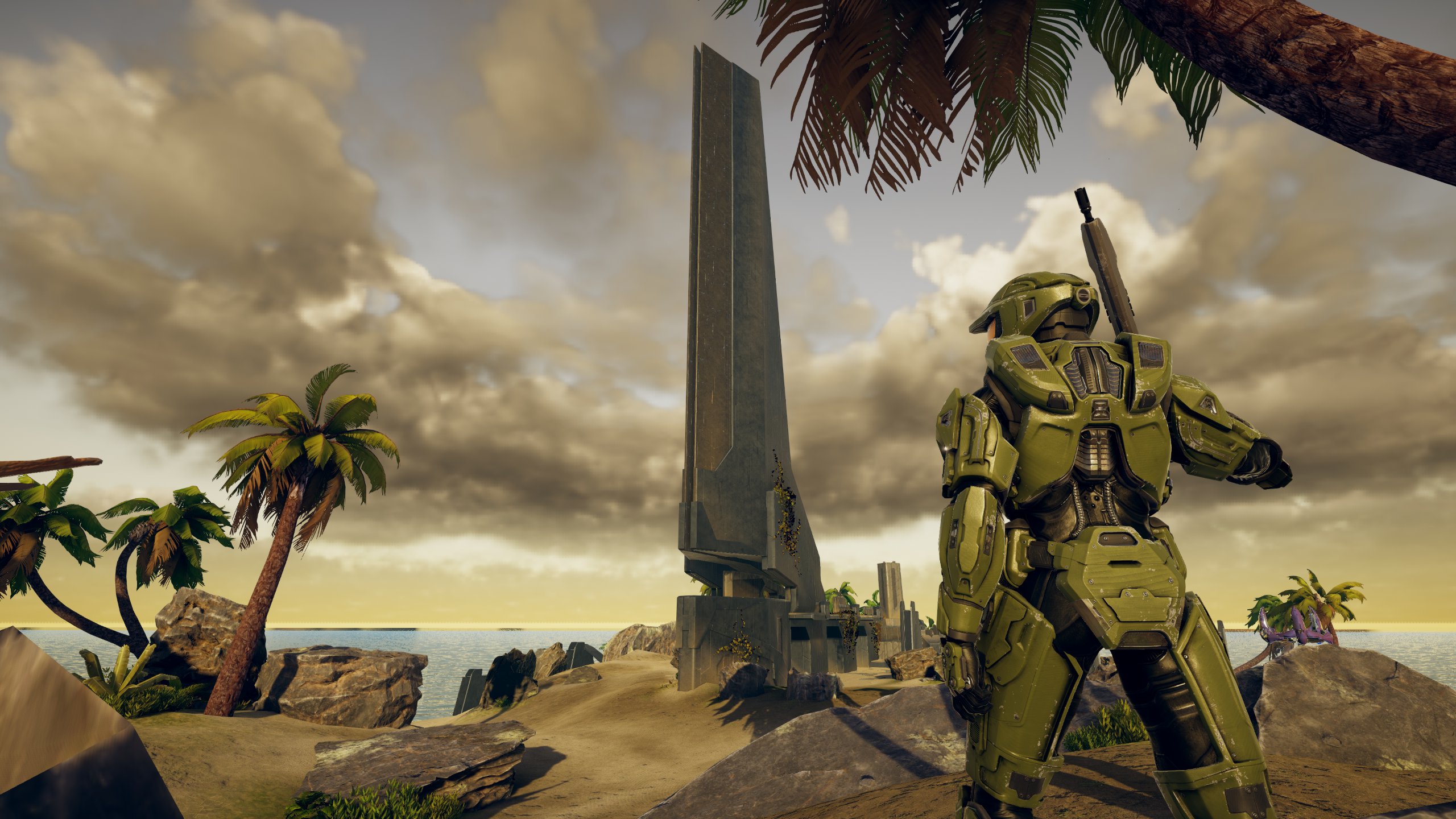 As always, these are all screenshots taken in-engine. What you see is what you get.

This requires no explanation. 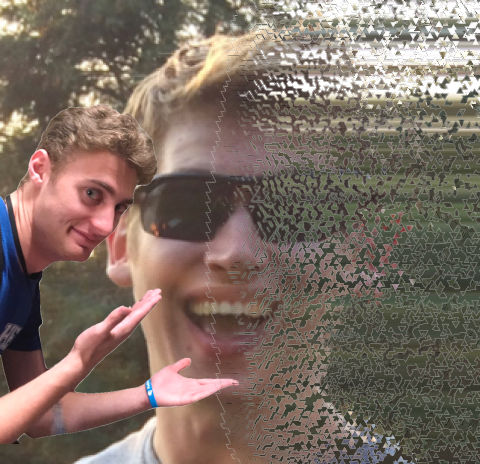 Isaac doesn't feel so good. He doesn't want to go. Medical school is pulling him away from Installation 01 to help people who don't eat an apple a day. Bean could have done something. He could have saved Isaac from thousands of dollars in student loan debt. But it's too late now. Half of Isaac's free time will cease to exist.

That's all we have for you this week. Get back to writing your paper or studying for that big final. Just a few more days until your Summertime freedom arrives. And exactly six more days until another weekly update arrives. 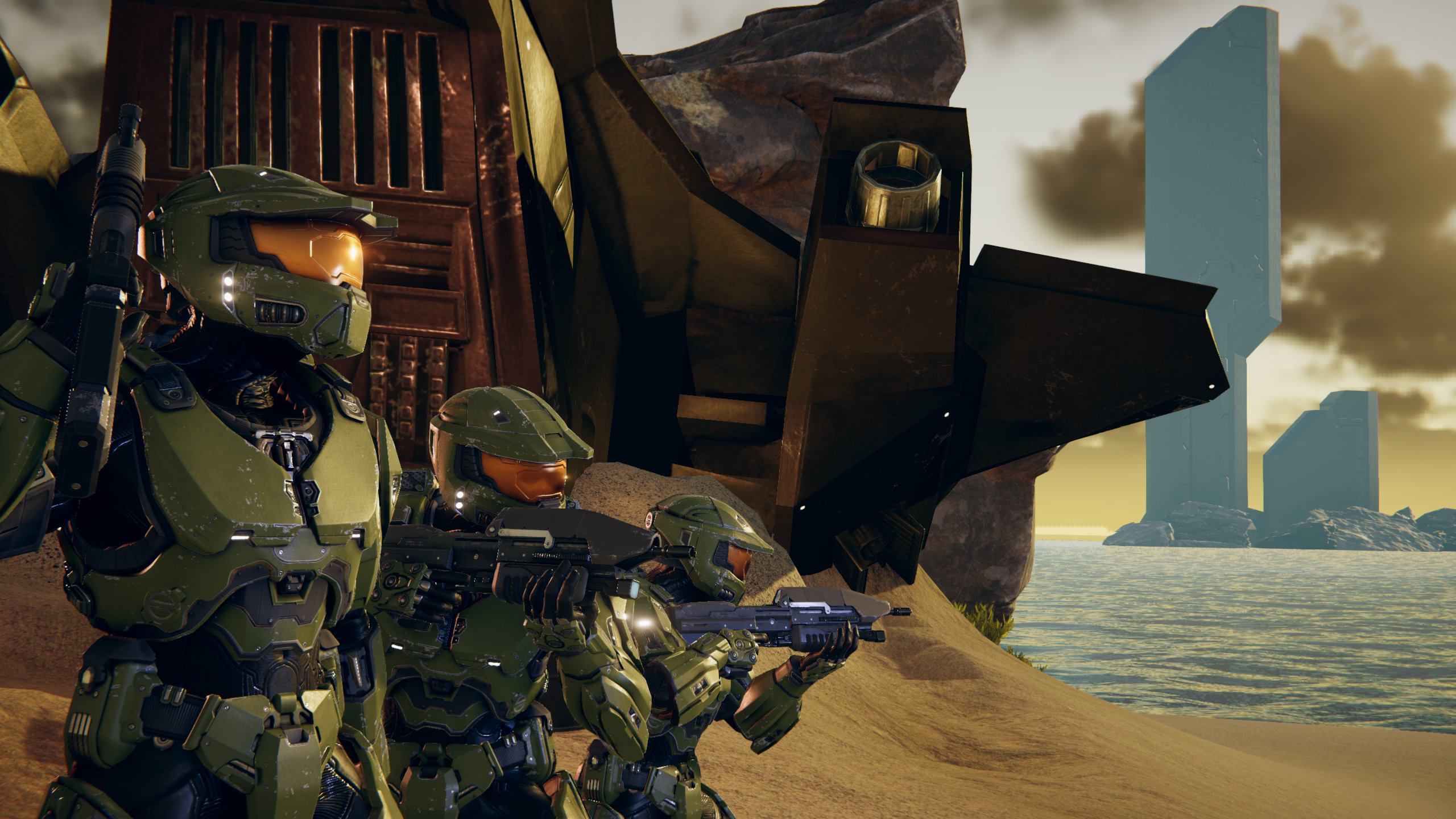 17
Oi-Yeah-Nah-Yeah
Fun isn't something one considers when waiting for a weekly update, but this does bring a smile to my face.
1
hamie14
Did thanos say that line in the movie? I can't recall.
5
Oi-Yeah-Nah-Yeah
Its in the trailer
11
elusiveTranscendent
A nice little update. Understandable that everyone is busy at around this time. The new obelisk looks beautiful! Really excited to see even more in the future. :D
8
Roman_Pizza
Already have the new Obelisk as my wallpaper! And if Bean got all the infinity stones would we have Installation 01 now? Or would he have other plans?
3
Matias_Backwards
He'd snap his fingers and half of the game's progress wouldn't feel to well.
4
aFoxNamedMorris
This map looks extremely polished, overall! That Mark VI armor really sets it off. Simply gorgeous! Keep up the excellent work, folks! Pop Quiz! There is something missing from all of the screenshots of this map. What is it?
4
MonitorHawkeAssault
A ring
1
aFoxNamedMorris
Dingdingding! That is correct!
3
[deleted]
... Seriously though I miss the ICONIC alien birds! What terrible fate have you released upon them? Please tell me they’ll be back
4
Choo Choothefeeltrain
https://i.imgur.com/XCVsUYJ.gif
1
Maskedrussian
Yes could I have a download link with that bird /s