It’s a new month as the April showers come to an end, and bring life to the May flowers. Now, if April showers bring May flowers, then what do May flowers bring? That’s right! Small pox, genocide, and the beginnings of systemic racism. Luckily for you we are not the Mayflower, and we do not bring you any of those things. Instead we brought you this archaic alien pistol which we just found lying around or something, and to be honest could have something much worse than smallpox like alien HIV or something. Let’s not dwell on that thought too much, and instead just take a look at our take on the Plasma Pistol.

People say Installation 01 has a nice PP, and it's true. Our particular version of the Plasma Pistol has taken a long time to come about to the point it’s at now, and even then it still isn’t 100% completed. Be that as it may, it’s still taken several of our developers in order to get it to the place it is right now. So as per our usual set up, I'll just let them take it away because they are probably able to describe the processes much better than I could.

Pat: "Hey, Pat-a-wan here to finally talk about something other than a new chair. I present to you, (drum roll) our version of the Plasma Pistol! You’ll probably still have to sit on it to make the weapon actually fire, but at least it has a cup holder!" 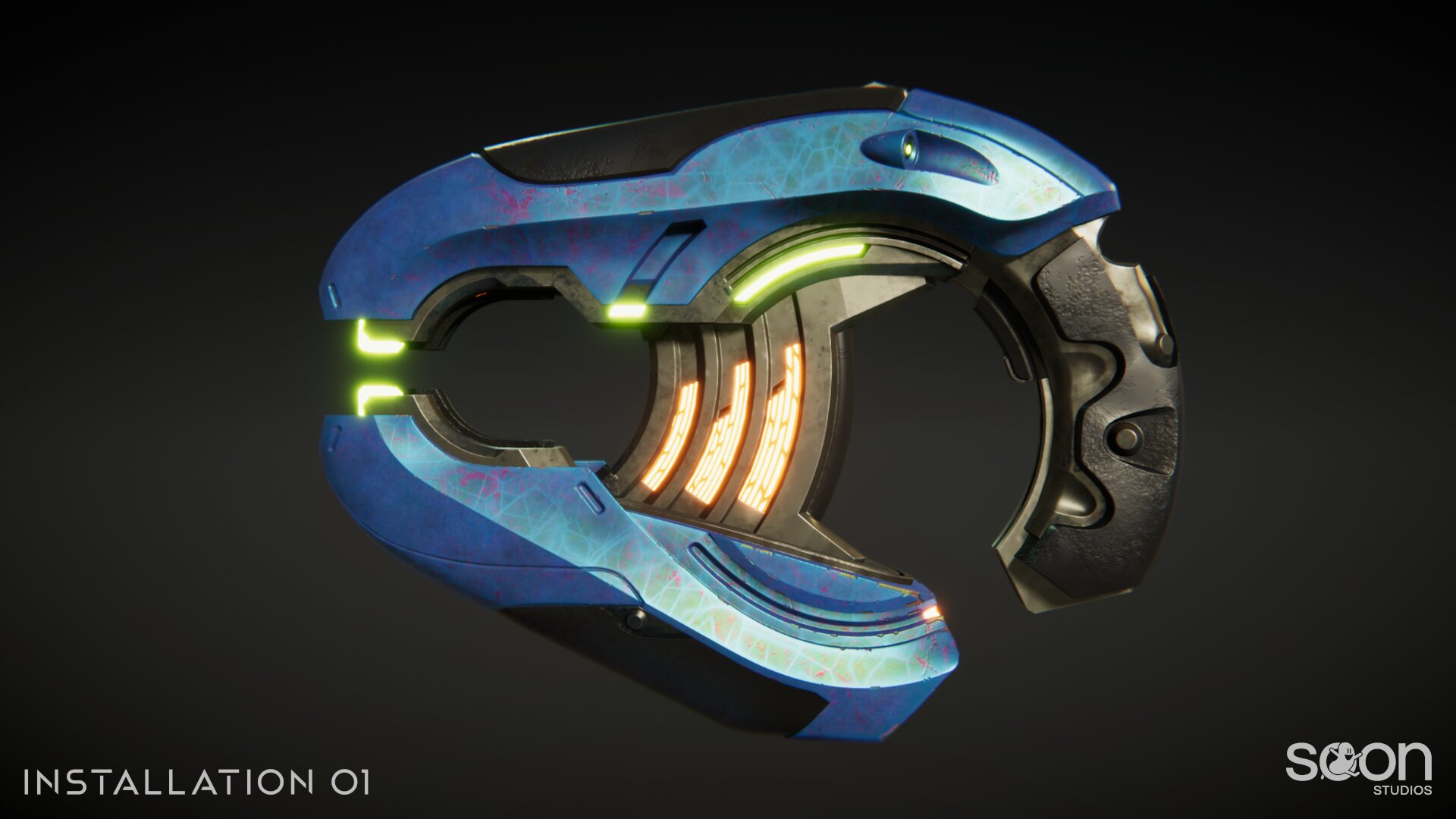 Pat: "Anyways, in all seriousness, this is probably a lot different to what you’ve seen before. Over on the team, we’ve discussed ideas thoroughly and after plenty of revisions we’d decided our covenant art style (as per the last bi-weekly update) would include the age old covenant look from previous games but with a nice little twist on it. The twist being our circles rule, which I'm gonna be honest has been quite a difficult rule to follow, covenant art in general is difficult to model already with all of its weird little shapes and the signature curviness. But by the gods, does it look nice when it’s simplified! That's where we come in, we wanted to build upon previous games (mostly the earlier games) and make our art in general, consistent. Our rule simplifies the curviness and lets us focus on inputting various circular shapes into our weapons, vehicles, maps and environments.The development took a long time with lots of back and forth with our concept artist @Tekka Crow before we finally settled on a design, but in the end it really helped us set a baseline for our whole covenant circle rule." 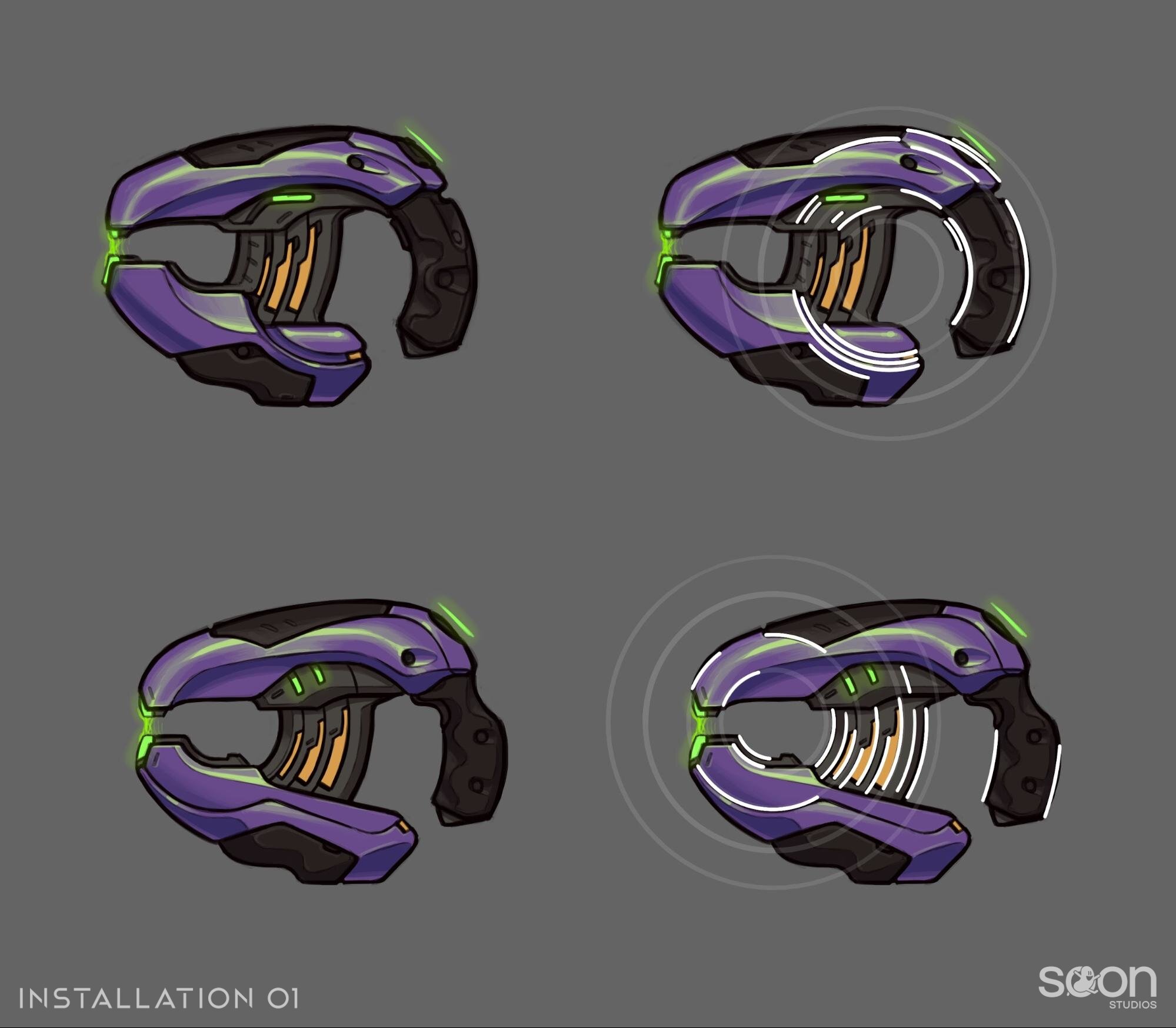 Pat: "The plasma pistol is probably one of the oldest concepts when it comes to our covie art style. It’s also been one of the longest unfinished models, locked away in the i01 vault, collecting dust. But I can now confidently stand before you and say it is ready to move on. There’s a little bit of history with this weapon, mainly because this is actually the third iteration of the weapon. As with any project that has gone on for 7 or so years there’s bound to be revisions for almost every model. This specific revision however, began as a twinkle in Gregs eyes, the mastermind behind how we styled our covenant stuff. He began this thing almost a year and a half ago, I think before I even joined the team." 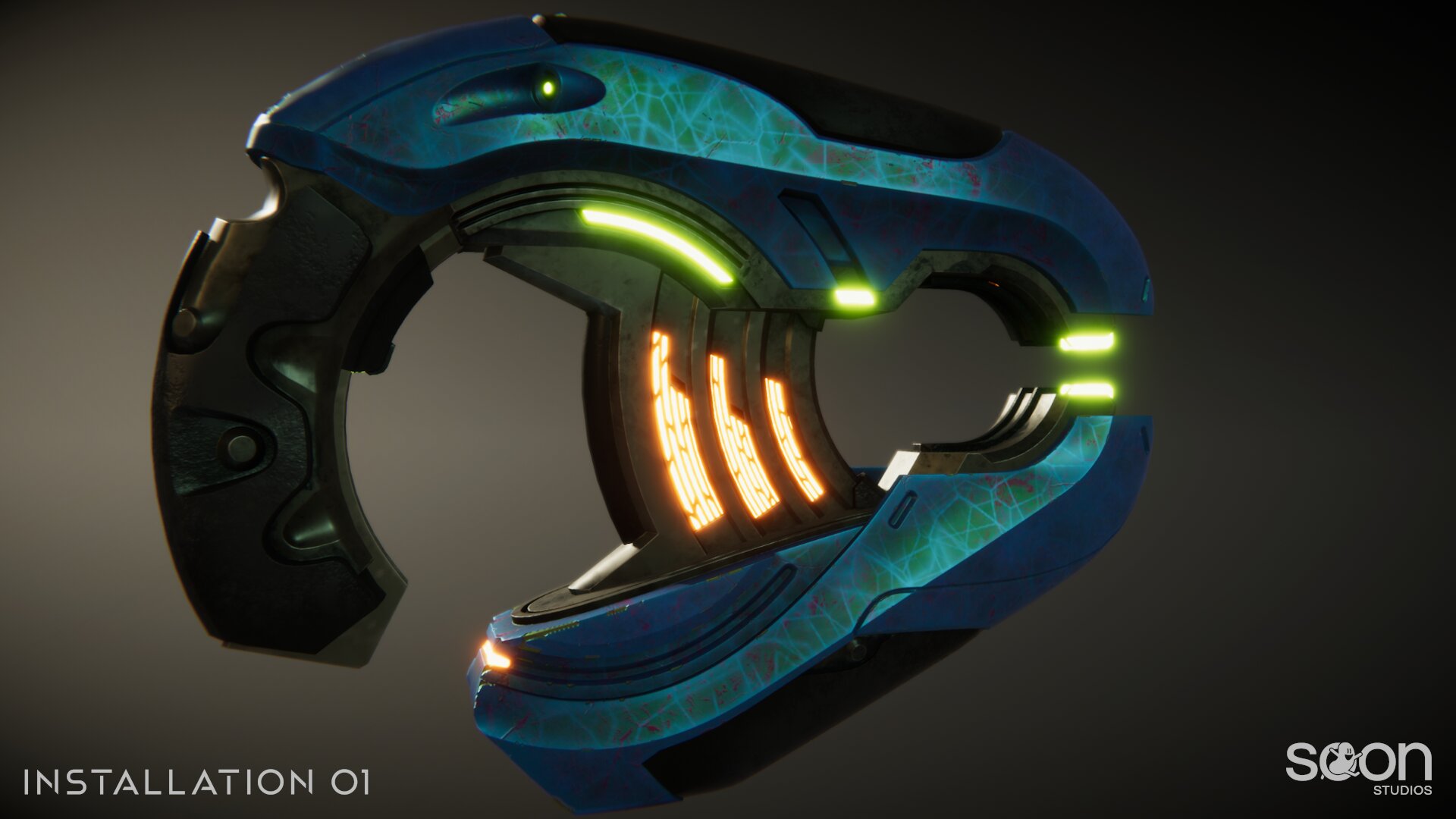 Pat: "Sadly he became very busy and passed it over to anyone who was able to take it on. As it just so happened, I used Blender just like him which made the transfer super easy. All I needed to do was focus on learning his workflow. Which was actually very similar to mine, using crease lines and bevel weighting, bevels and subdivisions. It’s all very enjoyable to model this way because you can prototype a high poly ‘something’ very easily. I also ended up using a bunch of booleans to add random kitbashed details, for those who don’t know what those are don’t bother looking, they're just nightmare fuel, they break things so easily. Nowadays they’re used for quick detail, or cuts into my mesh. I spent a good 2 or 3 months on and off making this thing and then as it so happened, it began to spend quite a long time sitting on the side while I focused on other modelling and now, lead duties." 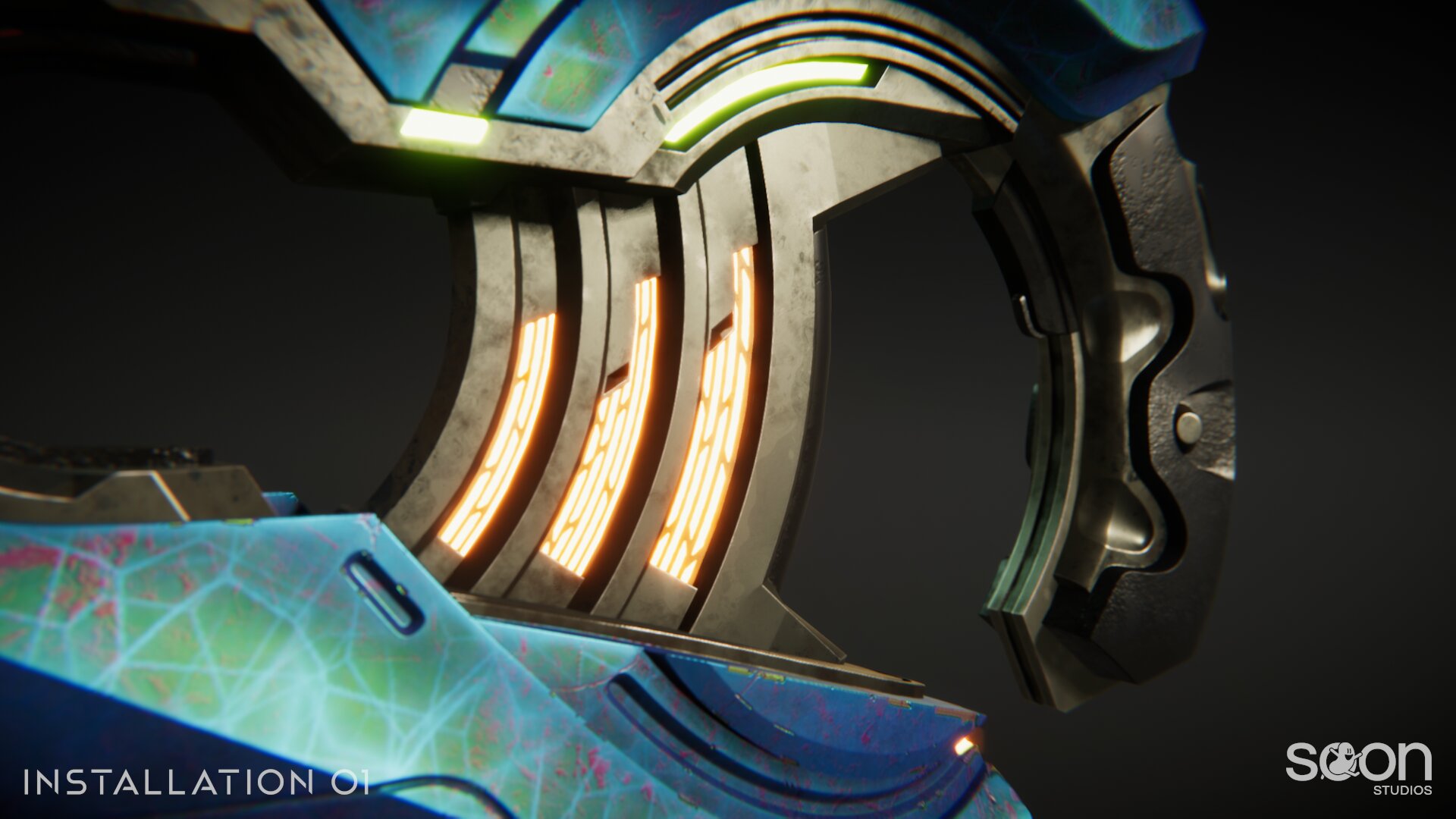 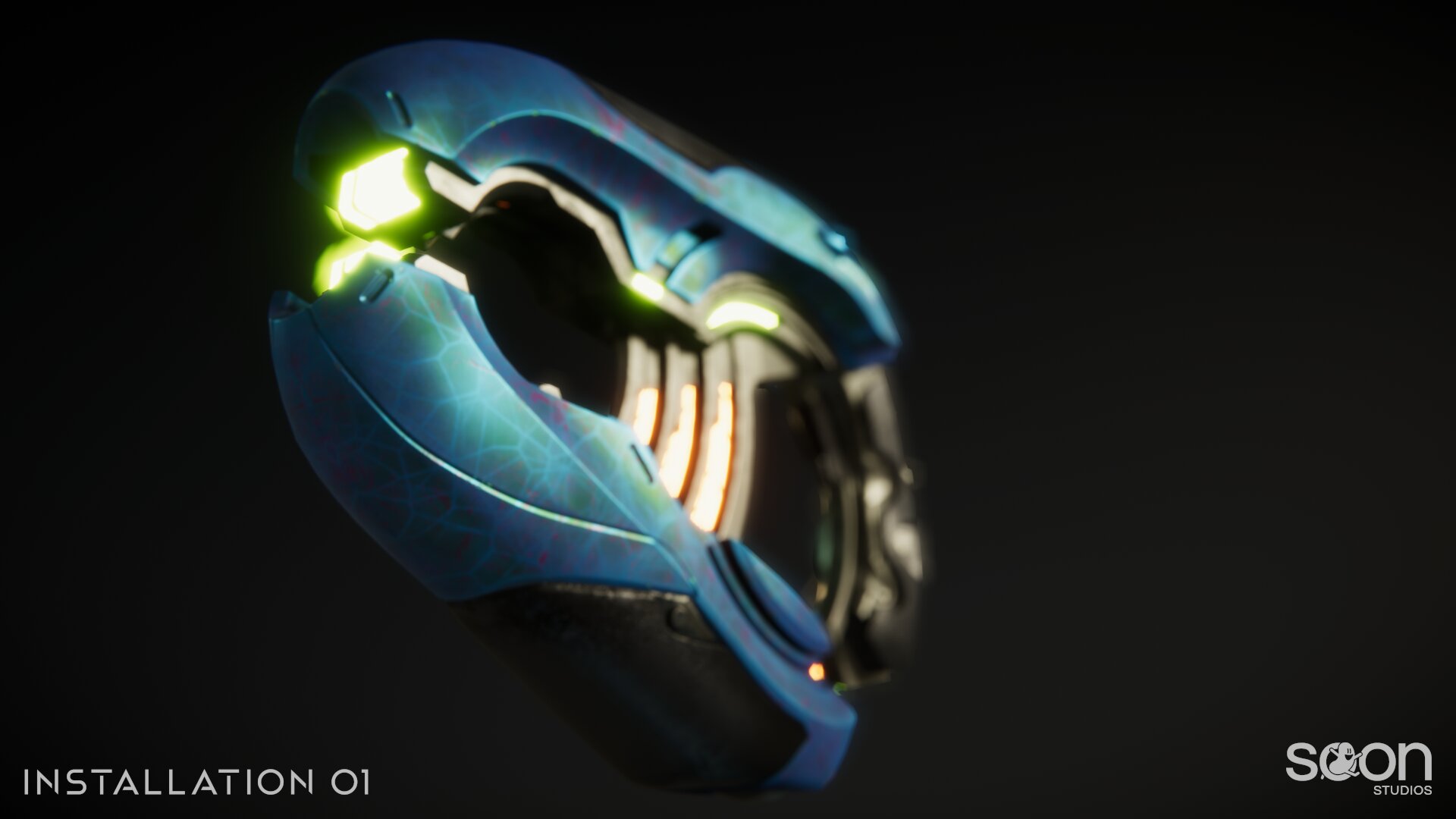 Pat: "I’ve already almost finished work on my next project which you’ve already seen a sneak peek at in the last update. You’ll also be seeing it again at some point in the “soon” future. It probably took around the same time to model as the Plasma Pistol, and will continue to take a little bit longer as it’s taken quite an interesting turn."

Anyways, onto some other fun stuff! Are you looking for animations? Audio? Well then you’re in luck. We recently brought on a new developer who specialises in sound design and while so far Greg has been our main sound guy, he’s quite a busy man, and now that he has help we might as well introduce him right?

Sigi: "Hey guys, i’m Sigi! A Sound Designer and Field Recordist specialising in game audio. I have over seven years experience in the audio industry and have worked in the game industry for over two years. I’ve provided services for sound design/game audio companies such as Dynamedion and BOOM Library. Through these companies I've contributed to games such as Respawn Entertainment's STAR WARS JEDI: Fallen Order, Studio Wildcard's Ark Survival, NetEase's Super Mecha Champions plus more. I am also currently working on my own sound library comprised of various recordings of tanks, firearms, and more from the WWII era which you can see a little bit of here:"

Sigi: "Now as far as the sound for the Plasma Pistol goes, the O.G Halo was one of my favourite games growing up and the sound design in the original Halo games has had a major impact in my design decisions when approaching the Plasma Pistol. I believe that fans of the series will expect familiarity and will always look to the iconic sounds of the series for comparison. I therefore wanted to approach the pistol from that perspective but at the same time add my own spin and identity into its design. The sounds you hear are still a work in progress but when discussing with the dev team we decided that we want to experiment with adding more grit to the Covenant weapons to make them feel more threatening and more mechanical. A lot of what I do is trial and error accompanied by a lot of coffee and swearing, but we hope you enjoy what you hear so far."

Pat: "Now with a wonderful sound designer on the team, we can get down to cracking on sound design. But to get started, Sigi needed some animation work in order to design the sound around the plasma pistol. Luckily this has been fulfilled by our wonderfully talented animator A.I. and as such was so graciously provided to Sigi. The animations aren’t 100% complete yet, so keep that in mind before you judge it too harshly."

Well there you have it, an almost complete rundown on our take on the classic Plasma Pistol and how it came to be, try not to bask in its glory too much. Also big thanks to Pat, Sigi, A.I., and Tekka for their hard work and helping out with their contributions to such an iconic part of Halo.

A wise man once said “real G's move in silence like lasagna.” What does this mean? I’m not really sure. What I do know is that even though we don’t show off the game all that much we are still making progress in silence, and you can be a part of that. So if you want to be a real G(amer), you should join our team and move in silence with us. We also just really like lasagna. 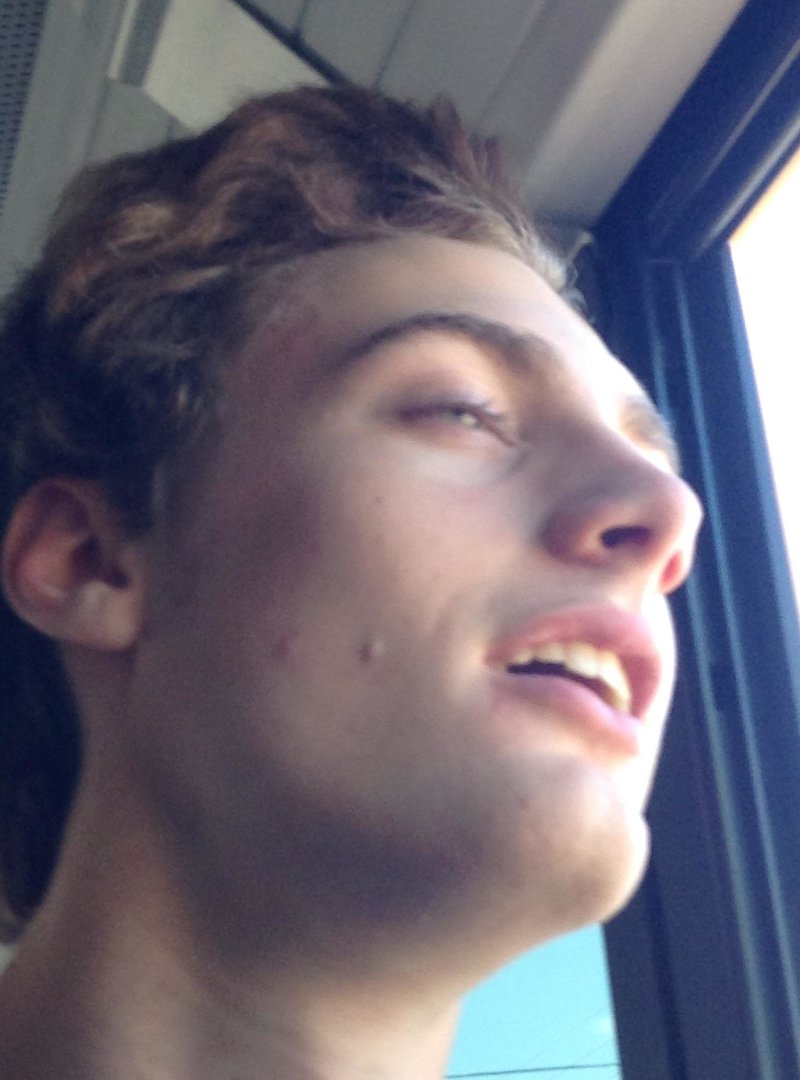 Bean hasn't been able to leave his house in months. I can see that he's beginning to lose it more and more as time goes by. It's almost every day now, where he just sits right there at that window and stares outside like he's seen a ghost. The team is worried about him, we've had to assign watch shifts so we can keep an eye on him. I hope he'll be okay, we can't afford for him to cause another "accident".

That just about wraps this update up, I hope you once again enjoyed what we had to show off this week. Also one last thing, it's very important to remember to stay in drugs, and don’t do school.

8
razehound
That looks incredible! Can't wait, but will ;)
1
KingCappuccino94
Do they have an ETA for release or a wider test?
7
DooD_Eternal
Soon
2
Cab0oze
Very cool! I'd be curious to know what is involved in making new sounds (from scratch?). Seems like it must be extremely difficult, compared to recording existing sounds which looks like it must be a lot of fun!
2
[deleted]
Can't wait to noob combo those dirty blues with this. Does anyone know when profiles will be updated?
2
MyTeenageBody
This shit isn’t ever coming out
1
captianblacksmith
we're getting more information about halo infinite from toys then updates from installation 01 official dev team.
2
Sergeant_Qwertzy
Will i01 have duel wielding? Great update, by the way. You guys always make the hottest models. The pp is sounding pretty cool too. Just a small bit of construction criticism, though. I'm definitely no sound designer, but the sound effect for the plasma pistol shooting sounds like it may stop a little abruptly to me. Like maybe it could ring out just a little longer or maybe fade out a little more or something. Either way it's no big deal. Love the sound of it charging up, though. Great work over all
1
werenostangerstolove
To quote kool-aid man: OH YEAH