This week at Installation 01 we dropped a cinematic trailer.

You may have heard of it.

The beautiful mind of Matthew Lake has been spilled out into the online video format. There's spartans, guns, explosions, and 100% of the daily value of action a growing boy needs. Oh, and some elites. Those are in there I think. If you like Red vs. Blue or dank animations in general, give the trailer a watch.

Let's get into this week's monster of an update.

Elites have joined the game. 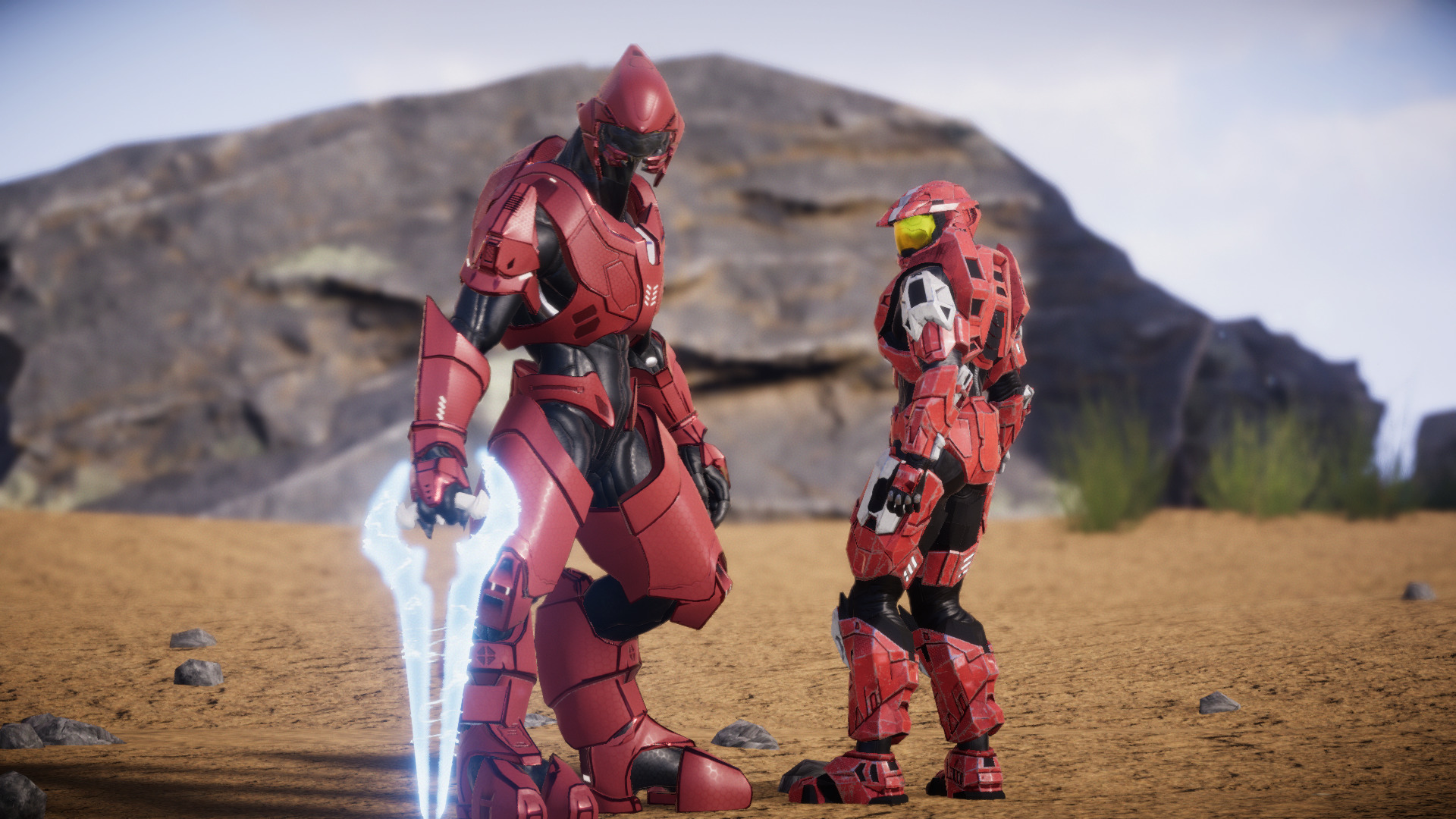 And the hype couldn't be any greater. Though they have been confirmed for awhile now, this trailer makes it officially official. While it isn't final in any capacity, the model shown gives a good idea of the kind of elite we're shooting for. That thicc thigh armor may get the sticc treatment down the road. We'd like our elites to be the graceful badass assassins they were always meant to be.

This is also the first time you've seen our energy sword. Of course, it's still a work in progress just as the elite is, but it is cool nonetheless. This is actually just one of dozens of shaders it's gone through. They are hand-coded by the one and only Lucas Perlind. He was going to feet-code the shader, but at that point it's just showing off.

Too bad this video isn't a perfect loop. It's all I could find. Blame Bean.

I thought I'd take the opportunity for some CommComm. Some comment commentary. The YouTube comments are a wretched place of scum and villainy, but sometimes you can find a diamond (or three) in the rough. Here's a few comments I thought were noteworthy or deserved an explanation.

Shibby and lolslayer have pointed out the obvious. Our elites are thicc. We here at Installation 01 believe in a strict leg day regimine. Real elites have curves.

Michael is correct, YouTube doesn't normally allow such things on their website. But rules were meant to be broken. The good guys and gals over at the YouTube headquarters specifically amended their policies to allow Installation 01 to post this trailer. We're that good.

It had to be done. The Reds are triumphant this day. What the Reds don't know is that Caboose actually crawled under a stategically-placed nearby dumpster to escape the danger. He's perfectly safe. The Blues will make a comeback. Not this day, nor tomorrow. But mark my words, I watchout for my fellow men with train-related names.

Legendary genius composer Jafet Meza posted our launcher's music on his personal YouTube channel. It's a very synth-heavy version of the main menu theme you'll hear in-game. Check out the song and to be sure to support Jafet in his quest to obtain the fabled Wacom tablet.

And now for something completely different.

This is an original synthwave song titled "Kin DragonHeart" made for the presentation of a project unrelated to Installation 01. But it's so good I just had to share it with you. If you'd like to know more about the aforementioned project (and happen to be able to read Spanish), you can find some information here. Support our baby boy.

I've been informed that Jafet lost the contest he made this for. Mission failed. We'll get em' next time.

This week there's been a massive spike in both videos and articles surrounding Installation 01. I can't imagine why. Unfortunately there's just so many videos that I couldn't put them all in this week's video roundup. As always, you can still catch them on our homepage in the Community Content section.

Not only does Ducain touch on the introduction of elites and how they haven't skipped leg day, but goes more in depth with his thoughts about the overall game. The word "incredible" is thrown around.

The classiest Ham of them all is back at it again. If you like your TL;DRs in an English accent, this is the definitive video (and YouTube channel!) for you.

Holy crap. What a day. GamerJlee is hyped for playable elites and we love that. All aboard TheHypeTrain! 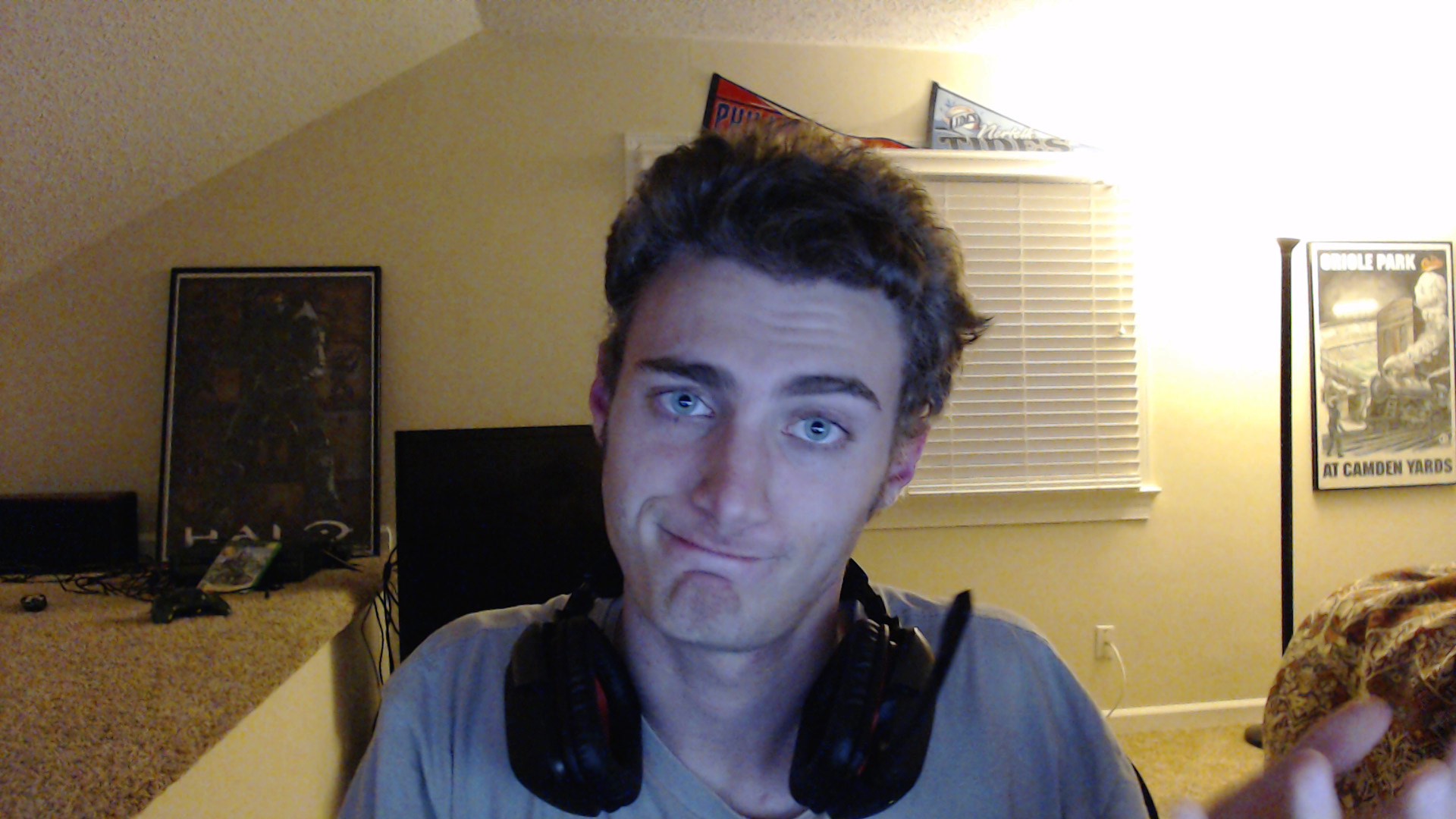 The Bean accidently ordered an entire case of small crates, when he meant to order medium. A classic Bean move. This is the face of a man who knows he choose the wrong dropdown option.

All things considered, Bean was a good boy this week. But don't tell him that. We don't need these things going to his head. The memes have already inflated his ego to unmanageable levels.

That about wraps up this week's update. Tune in next time where we'll be releasing a 40 minute cinematic trailer. We have to one-up ourselves.