This week at Installation 01 was just another week. Quite weak.

Bungie just made its big Destiny 2 reveal, and our turn is coming soon. Very soon. Installation 01 has been stuck in traffic. It's bumper to bumper and we've been sitting here for hours. But when this clears up, there may be something beautiful on the other side. If only we could use the carpool lane.

Also, just in case you missed it, yesterday we had an interview with Jackskullcrack. Read it.

After installing 38 Beanomatic™ Defense Turrets around the perimeter of Beangie Studios, we believed we were finally safe. No more would the cretins break into our offices and shake things up. Completely impossible. However, it turns out when you buy weaponry from China on Summer clearance special, they don't end up being that effective. Did I mention Bean forgot to buy ammunition? Because Bean also forgot to buy ammunition.

Not really a myth. Not much of a legend. But he is a man. And he's now a part of the Installation 01 team. PaleLebouf. Developers just can't seem to name themselves something simple like "Steve." It has to be PaleLebouf. Le-Boof? Le-Buff? Lee-Boof? The name game is one that cannot be won.

PaleLebouf, also known as Trever, is joining our efforts to bring that good ol' Halo experience to the PC. He's a programmer, and will be helping to make sure the game plays and runs well once you get your grubby little hands on it.

I asked him what it's like to work on Installation 01.

PaleLebouf: "It's a good insight into what game development is like and a great opportunity to work with a bunch of talented people towards a common goal."

You can catch PaleLebouf hanging around in the Discord if you'd like to give him a warm community welcome.

I am too lazy and uneducated to write about technical things, so I'm passing it over to Church once more. He's talking about the technical side of modeling, and what that workflow looks like. Enjoy.

Church: Hey everyone! Church here to tell you a little bit about how our 3D modelers build assets for Installation 01. I’m going to go over aspects of our workflow and how our artists take an idea in someone’s head and turn it into one of the sexy models you see ingame.

First off, we have an overarching checklist of models we need to get done for the game. Some are map or environmental assets, some are placeholders, some are forge assets, and others are weapon and armor sets to be featured and implemented in all their glory. When someone is tasked to an asset, the question is asked immediately – is there a precedent for this asset in existing Halo games, and if there is, do we want to follow the original design faithfully, or take it in a new direction? Often this discretion is left up to the modeler, with input from art leads (like myself, Isaac, and Derek).

Church: If it’s a less important background asset, a modeler will be encouraged to look at architecture or mood drawings for reference. We work from map blockouts and concepts, so it’s often easy to pick up and start modeling assets for a new map or environment. If it’s an important asset like a weapon or armor set, we will want a specific concept to be generated for the model, including multiple perspectives and views so that a modeler will be able to have detailed reference material to work with. Sometimes a modeler will even open a Halo game in a separate monitor and spawn the weapon or model in Forge to use as a reference.

Once they’ve begun on the model, our artists follow a specific workflow, involving creation of a highpoly and a lowpoly. The highpoly model is often a nightmare to look at from a topology standpoint, but that doesn’t matter, because the goal of the highpoly is to have as much detail as possible. Whereas on a lowpoly a rounded gun barrel may consist of 20 flat polygons connected in a circle, the highpoly variant can have as many as several hundred, portraying a far smoother surface. Once an artist is satisfied with the level of detail on their model, and its design has received critique from art leads and the team, they will begin work on the lowpoly model.

Church: The construction of a lowpoly is one of the most essential aspects of asset creation. For all weapons and assets, we have a poly budget we need to restrict our models to, which helps ensure the game will run well on lower end machines. The artist must make his model’s topology clean and organized, which will allow him to optimize it more efficiently. If the asset will be animated at any point, considerations must be made to ensure movable elements are separate and deforming sections of the mesh are built to be able to move and stretch without creating visual issues. Finally, it must be easy to unwrap in UV space, maximizing the resolution of the model’s textures.

After the highpoly and lowpoly are complete, the baking revolution begins! Baking is a function where a highpoly model’s detail is “imprinted” upon a 2D texture which is mapped to the lowpoly. It allows the lower fidelity model to simulate the level of detail of the higher quality one, without having so many polygons. It renders nicely in engine, vastly improving the way a model looks visually. This detail is baked into a normal map and ambient occlusion map. Also baked is a color map, identifying the different material regions for the texture.

Once baking is completed, the model is pulled into the artist’s texturing application of choice (my personal favorite is Quixel!), and given a beautiful material pass. And with that, you have another sexy asset, ready to be implemented in the game world of Installation 01. 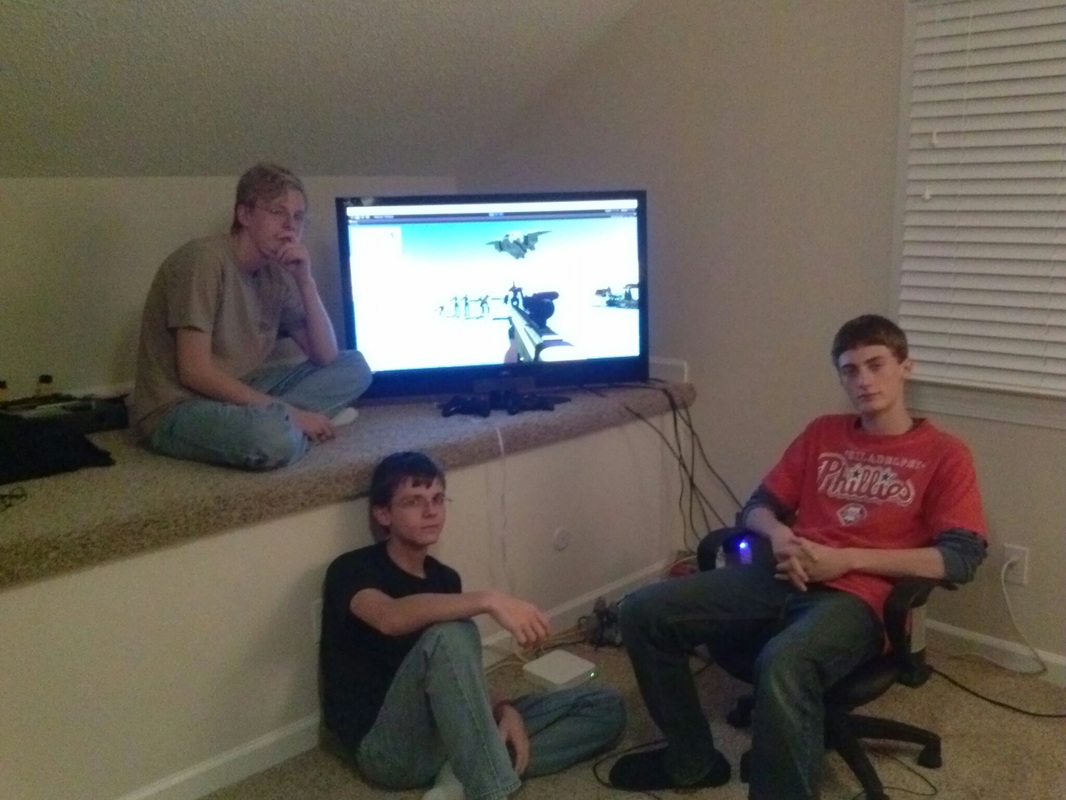 Back in the glory days of Installation 01 (Pictured above), it was a simpler time. Where have those times gone? The high-class fashion? The slick haircuts? Bean has let the world change.

Well, you know what they say, "He who controlls the memes, controls the world."

No one can deny that these weekly updates are some quality content. But could they be better? Could they literally melt your face off with the power of a thousand suns? You'll just have to find out next week.