Annnnnd we’re back once again, time for that sliver of entertainment that makes this dreary 2020 not really any better. We’re here for you anyways, besides the times when we aren’t here for you, but ignore that because we’re for you now (until we aren’t again).

This week we’re going to shake up the normal formula just a tiny bit, and sort of combine a Team Focus which we haven’t seen in a bit, with our regular style of update. So this week I brought Samuel back once again, to have a small Q&A about himself as well as his experience with the i01 team, as well as show off the Carbine he’s been working on. Let’s get right into it.

First up, to follow the trend of Covenant weaponry we’ve been showing off lately, we have our take on the classic Covenant Carbine. Of course this was modeled by none other than Samuel, if that wasn’t already obvious enough.

The Carbine design we're going for here clearly relates back to the other Covenant weapons we've shown so far as well as our overarching Covenant style. Of course that being the idea that the major features should conform to a curve or circle. Here you're also able to see the color similar to that of the Plasma Pistol and Needle Rifle, with the distinct purple-green outside and cracked pattern.

What place will this have in the overall scope of i01? I'm not sure, I just know the sound it makes when it takes a man's life. In all actuality, we aren't actually sure how this will fit into the i01 sandbox. It's still to be determined whether it will work similarly to the previous iterations in the other games, or if we put our own spin on it.

I guess you'll just have to wait in order to see what we settle on.

Now that you've actually seen the Carbine, let's get to know the creative mastermind who's actually behind the model.

Thanks for joining me Samuel! Why don't you briefly introduce yourself and what it is you do for Installation 01?

Samuel: "Hello, thanks for having me! I’m Samuel (obviously) a 3D Generalist for i01, but I do have a slight bias towards character modelling."

Okay so, you're a 3D artist for i01, and you've done a lot of great modelling work for the team thus far. I don't believe you've been on the team for too long; about just how long would you say you've been on the i01 team, and what have you done for the project so far?

Samuel: "I joined the team back around August of 2019, so although I've only been around a few months i’ve still been able to provide plenty of technical and artistic support, as well as modelled the Carbine, Needle Rifle, [REDACTED], and I’m currently in charge of testing and prototyping [REDACTED]."

I'm sure everyone is interested in what it is you could be working on that's [REDACTED]. I guess they'll just have to keep waiting for that. What exactly was it that made you want to join the gaming industry in general and why did you want to join i01?

Samuel: "I'm not going to lie, the reason I originally joined i01 was due to feeling very aimless with my studies and art. I felt that maybe if I were to join a larger project, it would give me the direction I was looking for and in turn, improve my studies. Ever since then, I've been really enjoying the time I've spent on the team as well as the friends I've made within it."

That's great to hear, I'm glad you've been enjoying your experience with the team. I know you don't spend all your time with us though, so what is it that you do outside of i01?

Samuel: "As of right now I'm currently doing work for a couple of other game studios, but most notably I'm working as a character artist for the game Ultrakill."

So with all these other projects going on, it must be difficult keeping up with all of them. What does your average workflow for i01 look like?

Samuel: "Well, as we talked about in the Needle Rifle update previously, I usually start out with trying to create and maintain the basic shape for a model for as long as possible, and then go from there. From there, it just depends on what the model requires For the Carbine, for example, I was what I like to call "a ZBrush cowboy". However, since then I’ve integrated Blender and other tools into my workflow for efficiency and a higher quality end-product, which can be seen with the Needle Rifle and other projects."

And after all this time and effort you've put in so far, if you could in one sentence, how would you sum up your experience on the i01 Team thus far?

Samuel: "Its been absolutely brilliant both learning techniques and skills with the rest of the team, while also having a fun time."

As we're wrapping up here, is there any tips or advice you have for anybody else looking to do what you do?

Samuel: "Keep working! Don’t be afraid to take in feedback, and more importantly, never ever make excuses when receiving feedback. Also just remember to take everything in strides and don’t be afraid to redo your work."

Alright, that just about does it for now. Are there any parting words or anything else you would like to plug or talk about?

You can check out Samuel some more at his social media links here:

Doesn't that interview just rustle your jimmies? Just look at how happy our "employees" are working with us. That could be you too, having the time of your life, creating a game everyone will love you for. All the proof you need is right there, so why not just go for it? Where's the harm in at least trying to give it a go. 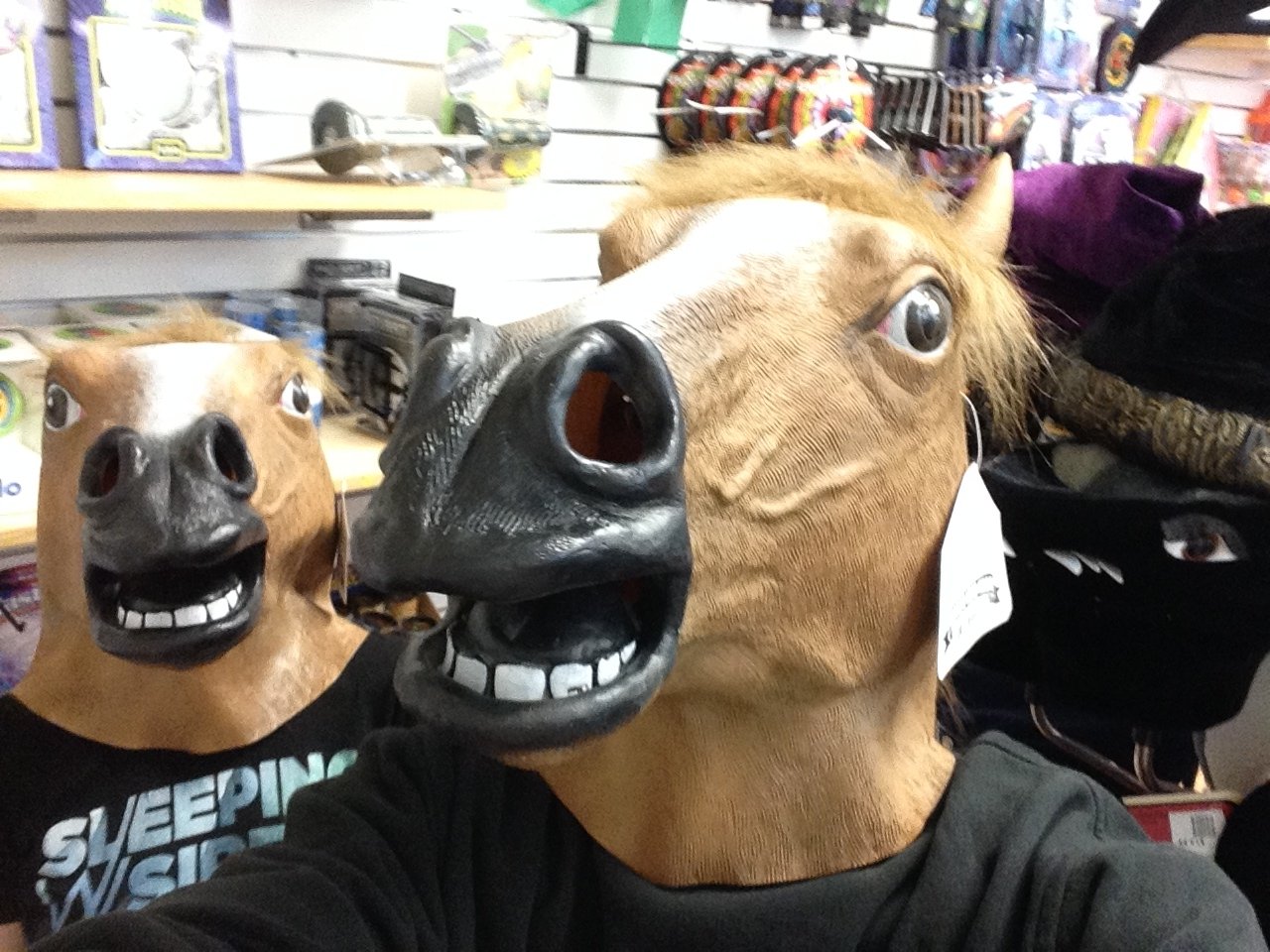 Bean is once again at it with his usual shenanigans, but this time he's somehow found a partner in crime. Come to think of it, none of us know what his partner's name is, or even really where he came from. He just sort of showed up one day and started following Bean around. That horse mask isn't even part of the joke, nobody has ever seen him take the thing off. I hope for Bean's sake he knows what he's gotten himself into with this other mysterious fellow.

9
Sergeant_Qwertzy
It'd be kind of interesting if this carbine had a two round burst or maybe even three round burst. The covenant have never really had any burst weapons, so it might be cool to have one in I01. Also it'd make it more unique as far as game play goes from the needle rifle you guys showed off a while back
7
MonitorLazyTurtleDelta
An interesting idea, but that could easily turn into just a BR reskin. Not a bad call though
2
Lightskull
What about the needle rifle in reach
3
doubleohdognut
It already has a one round burst lol
7
ARUKET
I think the Carbine could be more or less the same as its H2/3 iteration while the Needle Rifle gets a rework to make it much more unique. After all, the Carbine came first. If you want to change it up, maybe it can have something to do with the fact that its rounds are radioactive?
4
umpikado
Maybe let's not call this a bi-weekly update and let's call it a quarterly update
3
Sweet_Sok
what's the targeted release date for the game ?
12
corgix3
Never
4
Swiftclaw8
Needle Rifle fires slower, packs more of a punch, and causes Supercombine explosions. Less ammo carrying capacity however, and lower magazine. Just treat the Needle Rifle like an in-between for the sniper and the carbine/DMR, it deals energy damage and has the extra explosion so that should set it apart enough. H2/H3 Carbine is fine where it is.
3
MalcomYates
I really like the idea of leveraging the Supercombine explosions for the Needle Rifle - could make the Needle Rifle better for 'team shots' and the carbine stronger for individuals.
3
Swiftclaw8
Thanks! I always thought that the carbine would work better in a mid-range environment, while the Needle Rifle is much larger and more closely resembles a sniper. Why Halo makes them almost indistinguishable, I don’t know.