Bean told me to keep this one short. We'll see how well that goes.

If you're looking for the opposite of short, check out the Live Q&A #3 Recap from Tosh. Tosh painstakingly went over every question and answer that was given and compiled them into the largest wall of text you've ever laid your eyes on. Live Q&A #4 Recap is already in the pipeline. Now, let's skip over the potatoes and get straight to the juicy meat of this update.

Festival of Comics (and Games)

If you don't remember last week, we're here to remind you again. Installation 01 along with a smorgasbord of other fan games and projects are having a panel all about said projects at Phoenix Comic Fest. That's including, but definitely not limited to:

Hopefully these all projects you've already checked out, but if not we do encourage you to take a look. You'll probably like what you see. Bringing older games to the PC seems to be the new trend.

"Show off some more planets... people will like the pretty pictures." – Church

We could even have it animated. They would love that.

You'll see something similar to this on our main menu. No, this section wasn't hamfisted in at the last minute. Don't be the ribs that flip over Fred Flintstone's car. That's such a silly accusation. You have to admit it looks cool. Cool enough to slap into the middle of an update, even.

Kyle Strader, also known as DeafMonkey or just Monk, is a guy who does things. More specifically, programming things. He's actually been on the team for a couple of weeks now we just forgot to do his introduction. This is one of the guys you can blame when you stumble upon a bug in Installation 01. Or you can blame Bean for bringing him onto the team. Either way, he's here to talk about himself.

Monk: "One of the only people at Installation 01 to truly appreciate the power of using ++i over i++, there's a big difference, I swear!

Currently I work as a full stack developer and in the past I have done work in iOS, Android, and database development. I graduated in 2016 from Champlain College with a degree in Game Programming.

They call me Monk because, objectively speaking, I am the wisest and most likely to max out my divine spirituality, or whatever.

If you see me on Discord (my name is Deaf__Monkey - yeah that's two underscores), shoot me a PM! I probably won't respond, but it makes me feel good that people care about me"

So that's DeafMonkey. Say hello if you see him around. We're pretty glad to have him on the team. 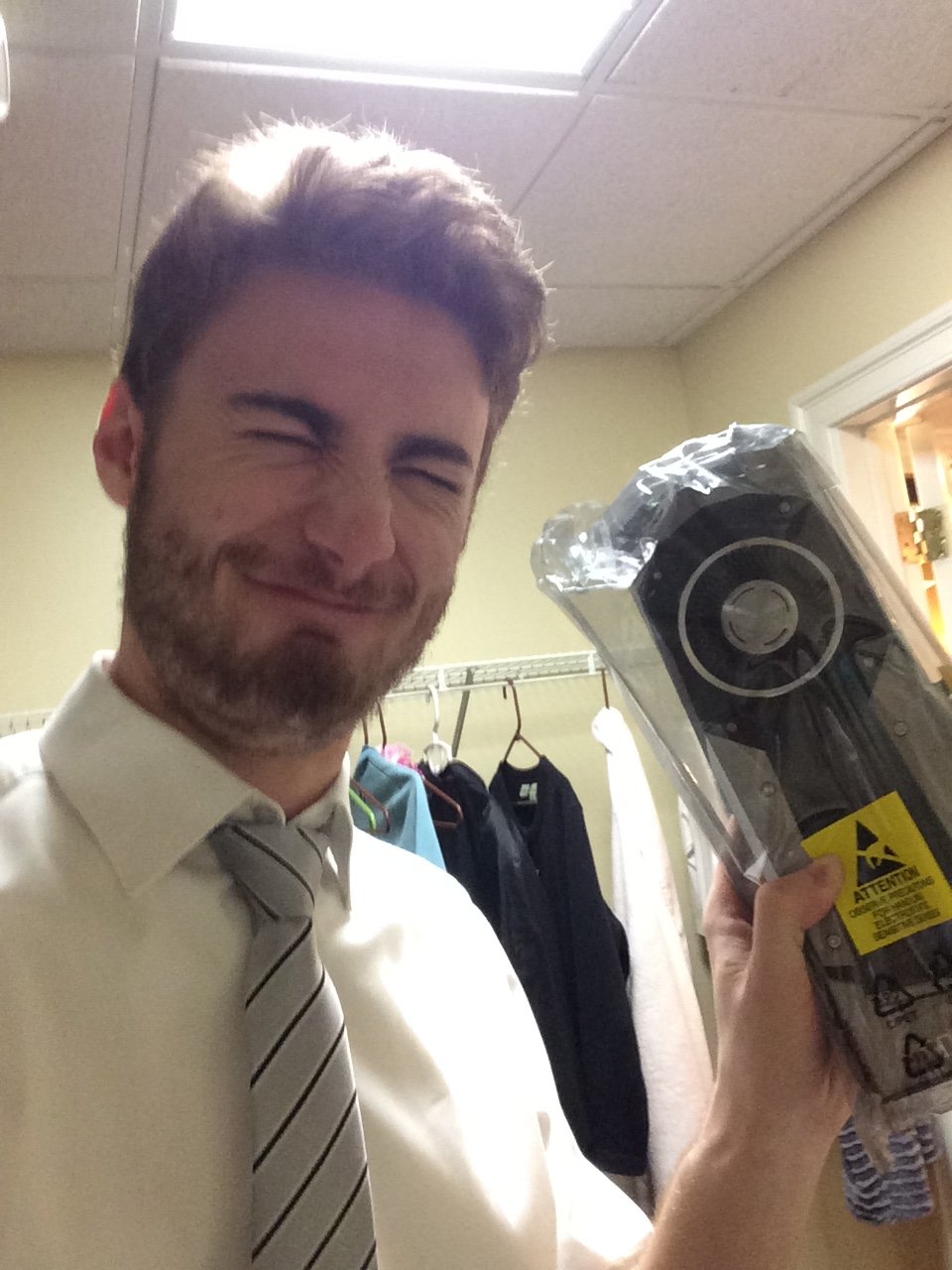 Bean got a new graphics card, the GTX 1080. And at a good price too. Now we can raise the minimum specs for the game to the 1080 and Bean won't even notice. Less optimization for us, more time spent on implementing loot boxes.

That's all we have for you this week. Short. Just the way Bean likes it. Sorry we aren't showing you more, but instead of preparing content to show off we're hard at work trying to reach the alpha milestone we have setup for ourselves. One of these weeks we'll just hit you with the announcement when you least expect it. But until that day, you can still count on your weekend update fix.

16
Oi-Yeah-Nah-Yeah
Between Installation 01 and Halo Online, I am very excited about the future of Halo, fan games and the future of gaming in general. You guys are doing great work here, making the game we all want that 343i refuses to make. You're setting an inspiring precedent too: If the game you love doesn't exist, make it yourself. Questions that have probably already been answered: Do you plan on adding anything similar to Forge Mode? Will you have any sort of mod support? Also, just binged the soundtrack by Jafet Meza. Holy fucking shit the music is amazing, Marty would be proud.
4
ARUKET
They'll be adding a forge mode using Halo 5 & Online's featureset as a baseline, hopefully with more. This is important to the team because there will be no mod support.
6
Dobypeti
There is a fan game called [Project Contingency](http://project-contingency.com) too. This gun be gud.
3
masoe
Serious question...is this project just a hobby for you guys or do you really want to make something that people will enjoy?
11
MonitorHawkeAssault
The team is making this in their free time yes. But they are trying to put out the best quality they can make. They aren't payed, and can't be payed. This is all done in everyones free time.
2
masoe
Understood. If they're doing it as a hobby or for their portfolio then I understand. I was asking because I can see Halo Online really taking off soon.
2
ARUKET
I wouldn't be worried, because i01 will look better, have more features, and probably play better. But it'll also be a long time before it's out, so Halo Online certainly has time to thrive.
1
AarkTheDragon
Oh. Thought I wouldn't notice? Huh? Is that it? Thought you could uhhhhhh slip that by me hm? Yeah. That's right. I fukkin saw that little mouse peaking in the lower right. 0/10 do the clip over again.
1
elusiveTranscendent
I love you guys. Thank you for all the hard work!
1
agree-with-you
I love you both
1
[deleted]
Damn son.