What has it been, almost 3 months since the last update? Well, like I always like to say, delivering things on time like promised is for chumps. Instead, The i01 Team prefers being "fashionably" very late, and then feeling bad about missing out on delivering said promises. Before you start complaining though, just hear out my explanation why this update has taken so long...and then start complaining again because it will probably still be valid.

So, about 2 months ago we shared a video called “Sooner” which was intended to be a teaser with an ARG (Alternate Reality Game) to follow in which our community could participate in. This supposed ARG was supposed to take over the spot of the bi-weekly updates for a while so there was something still happening while we prepared for some other things behind the scenes. However this was ultimately an oversight by us, and frankly it was really rushed out and not up to the quality we wanted it to be. So instead of what we envisioned happening, we had a half-baked ARG in need of a revamp, on top of not being ready to deliver updates again.

For all of that, we apologize, we didn’t mean to leave you all in the dark, there were just a lot of poorly handled actions on our part. But hey, I’m here now. Better late than never, right? So going forward updates should be flowing at a steady pace again (no promises) and for those of you who were taking part in the ARG that will be soon to follow. For now though, let's catch you up on what the i01 team has been hard at work on.

This is the part in the update where we usually show one or two things with some flavor text. After so long without an update that method seems a little bit cheap and outdated. Instead I've decided to give you the chance to peer into the not so beautiful and very disorganized, yet somehow functional, gaming ̶t̶i̶t̶a̶n̶ dwarf that is Installation 01. We’ll be introducing you to some newer-ish faces, while also checking in with some of the older members of the team who have practically turned to dust at this point.

To start us out we have Kutline, AKA Jesse who is one of the, sorta, newbies of the team. This is the guy you'd turn to if you're inquiring about the website portion of i01. As of recently he's been working with TheFeelTrain in order to update the website to the extremely coveted "Version 3". This is also the guy who's been helping Church revamp the ARG with the spare time he has. I've been told that we can expect both of these things to be finished soon™️.

Next up we have Naka, also one of the fresher members in the i01 bunch. He is another concept boy that we've brought aboard in order to well...concept. Right now he's working on some new really cool armor concepts, but word is that he may also be working on a super secret project that we're not allowed to talk about right now. Just know it's definitely something to be excited about.

SamBA - Has a Bachelor's of Arts

Speaking of new concept boys we also have SamBA. Now SamBA here has been drafted to concept up the plasma turret that we will be using in the game. Maybe we'll give you a sneak peek of those concepts at a later date. I also happen to know that he will be helping Naka with the aforementioned super secret project, but of course that's a secret.

What would an i01 developer update be without including Aviixe? This man has been featured in so many of the updates already, he doesn't even need an introduction.He happens to be working on some armor concepts right now, but It doesn't even matter what he's doing. No matter what he works on I'm sure it will end up a masterpiece.

While we're on concept artists, might as well throw another in there. Here's Ikki, he's been with us for a decent length of time now and can be credited with the concepts for our Spike Grenade and Spartan Laser as well as more. As of right now he's been focusing on some new weapon ideas, as well as new armor ideas that you just might see in game.

Feline here is one of the oldest of the new members. He joined the team a while back but never got a proper introduction, but boy does he deserve one. Right now he's working on fixing up our Spartan Laser and making some of our Forerunner textures, but that isn't all. He's also been hard at work in the sound department testing out new sounds for mechanical guns, a PA system, and more.

Good ol' Samuel here is in the same boat as Feline, he has been with us a while now but never got a welcome. He's one of our 3d artists as well as another Aussie to add to our already impressive roster of Aussies. He's been doing the 3d modeling side of our super secret project at the moment, so keep your eyes peeled for when we release that. While he isn't working on i01 or doing whatever it is Aussies do, you can also find him working on the game Ultrakill. Be sure to check that out to see some of his work in action as well.

Kody is one of the newest if not the newest member of the team. He hasn't gotten a chance to do much work on i01 yet but he deserves a welcome nonetheless, plus there's some big potential here. Just for his interview he's already modeled us a new frag grenade, so I'm excited to see where he goes from here.

Pat-a-wan - There's too many of them, what are we going to do?

Last but certainly not least we have our director of arts himself Pat. As of recent Pat has been busy with rEaL liFe things like making a short film. When he isn't busy however, you can usually find him going over the other art work, setting tasks, keeping things organized, and making sure tasks are delivered on time at a certain quality. When the "director" part of his job isn't being flexed, the 3d art side can come into effect. He has just recently looked over the Grenade Launcher, so stay tuned for that as well.

For now that's going to wrap up this section of the update. I hope you enjoyed getting to learn about some of the developers while also getting some insight into the projects going on in i01 at the same time. If you're interested enough we might just be seeing this section again sometime, depending on how things go.

Now this is where we get back into our irregularly not at all scheduled update. Going back to the former method of showcasing one thing, but since you already sort of know what's happening with i01 right now, this is going to be a little bit different. Instead of showcasing a model, a concept, or something of the like, we'll be talking about what's known as HDRP or the High Definition Render Pipeline. For those of you who aren't into a lot of technical artsy babble I'll give you a TL;DR and a video towards the end so you can skip to that. For those of you who are a little bit more interested in what I have to say I'll give you a brief overview of what this means

HDRP in short, is a physically based rendering pipeline. What this boils down to is essentially this allows us to use real-life inputs to create our maps and models and make them look much nicer comparatively to if we weren’t using HDRP. For example lighting in HDRP uses a system called Physical Light Units (PLU). This is what you would see if you were to say, browse for light bulbs, as these are based on real-life measurable values. With HDRP comes numerous features like unified and coherent lighting, access to different surface and material options, debug options, and much much more.

Now remember I’m no artist, so take everything I say with a grain of salt. Although, I do know that everyone is telling me HDRP is a good thing so if you don’t believe me maybe you’ll believe them. In any case if you’re the type to be interested in this sort of thing and wanted to delve a bit deeper, here is a video for you from someone who actually knows what they’re talking about.

Have you been sitting around for the past 3 months wondering what to do with yourself, not knowing if you’ll be able to make it, all because there hasn’t been any Installation 01 updates? You probably haven’t! Nonetheless if you joined the i01 team with the simple click of that button down there you could ensure that another update is never missed again. This way nobody ever has to go through this pain anymore, we can be here for each other. After all, the real i01 was the friends we made along the way. 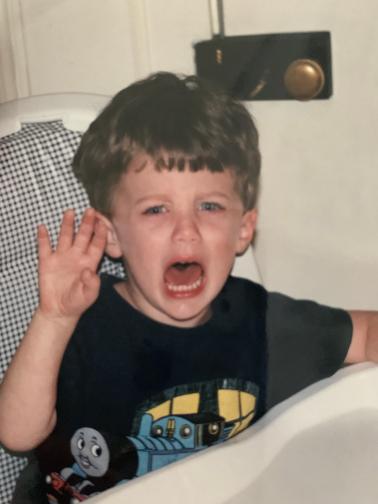 Recently Bean has been a little bit more irritable, and I just can’t put my finger on why that might be. I wish he would just use his words to tell me what’s wrong but instead it’s just a bunch of incessant whining. I mean, it can’t be because of the downward spiral we’ve been in since the lack of updates, no that can’t be it. You know, now that I’m looking at him and I'm thinking about it a little bit harder I just might have figured it out. It must be the fact that someone allowed pictures to be taken while his hair is looking like that. Well that, and he does appear to be a bit shorter than usual. Huh, weird, I’m sure everything will work out though.

That’s it for now, folks! I assume your hunger for updates was satiated now, and your big gamer brains were put to their full use. Make sure to stay inside unless absolutely necessary and wash your hands really well. I hear there’s a virus going around and I can’t have all of you dying on me, definitely not because I care or anything, we just need to keep our numbers up. I have a quota to meet.

5
[deleted]
I wonder if the secret project is either Invasion or playable elites...
3
Tedogelord
Both, after all... Bi-weekly.
4
ScoutTheTrooper
I love these, but I wouldn’t exactly call them bi-weekly
12
TheCapedCapper
Huzzah the updates have returned
7
topkek2234
"bi weekly"
6
SkyrinN00B
Are you guys going to do a development vid-doc after the game's initial release like Bungie used to do when they were a company with a soul?
3
[deleted]
I believe they already did. It's where they showed the warthog, how they made animations, an old rainy version of Relic, and Valhalla along with what looks like a variant of the assault rifle. I think it was 2018.
4
SkyrinN00B
I'd completely forgotten about that. I still think it would be cool to do a Finished product vid-doc where the took a more expensive look at development. Edit: a lot has changed since 2018.
2
sexyelderado
Bungie makes destiny vidocs
3
SkyrinN00B
I know, but if you watch them both and compare the two, it's just not the same.
2
Cab0oze
Yay update! After seeing how badly broken the online experience is with MCC I can't wait to play something developed by people who actually care what the fanbase thinks.