Another week another update that's on the wrong day. The idea is that one day the update will be a full six days late and we'll go back to Fridays.

At least this one has more pretty pictures. Let's go look at them.

We're always on the lookout for talented people to join our team. But sometimes we have our eyes on someone specific, like an effects artist. We need someone to craft muzzle flashes, vehicle particles, weather effects, explosions, and other things of that nature.

What We're Looking For

Also a quick reminder we will never be accepting any applications without a portfolio of some kind. We have to set the bar somewhere. We also are not and we never accepting applications for QA testing. What I like to say is, "If you have to ask, you're not getting in."

It's time to reveal not a new armor, not a new object, not even a new map. It's an old map. You may recognize it if you've followed our map designer's work in Halo 2 Anniversary and/or Halo 5 Forge. It's Judgement. But this time instead of being made out of Forge pieces it's getting the full map treatment. Both Blaze and Aviixe are going to talk about designing and concepting Judgement.

Blaze: "Judgement is a design adapted from a map that I originally built in H2A’s Forge mode. At the time 343 was looking for forge maps suitable for HCS Season 2. While I had another map Dispute being considered for implementation and going through thorough testing by Halo pros, I used this as an opportunity to build another map from the ground up for this type of play. From then, it’s gone through a fair amount of changes being recreated for Halo 5’s catering to its mechanics and then meshing the best elements of both." 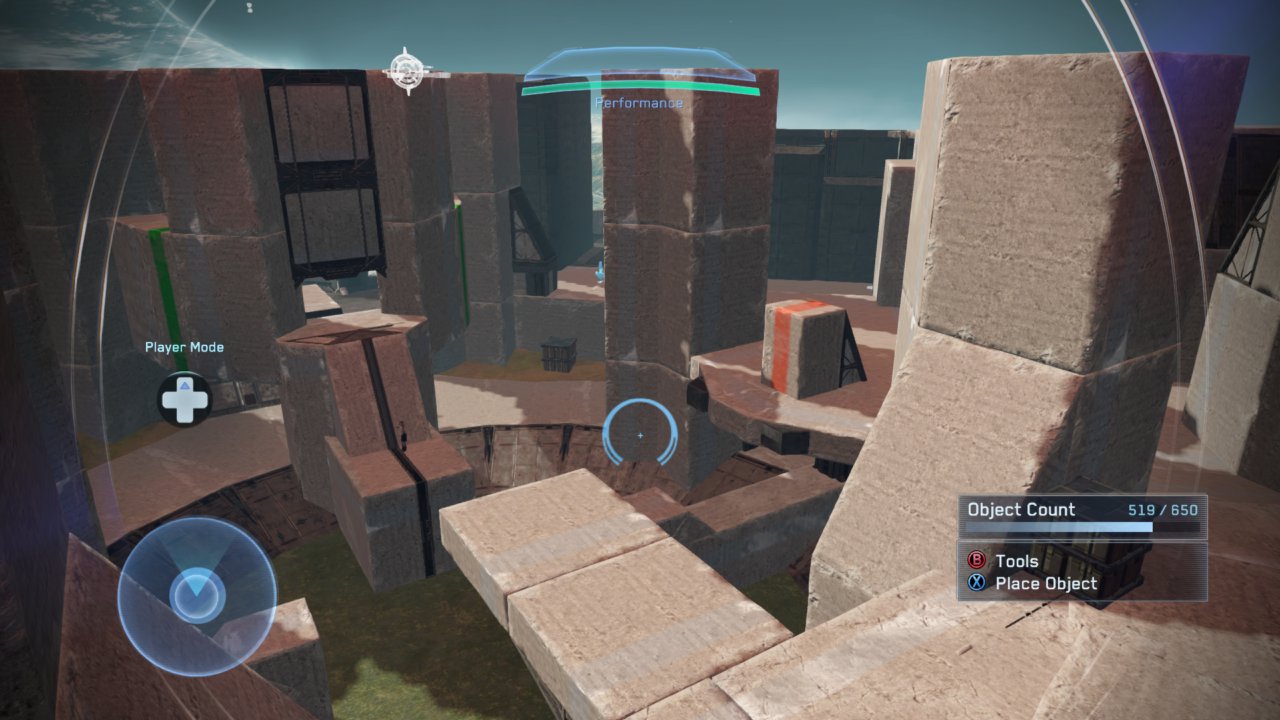 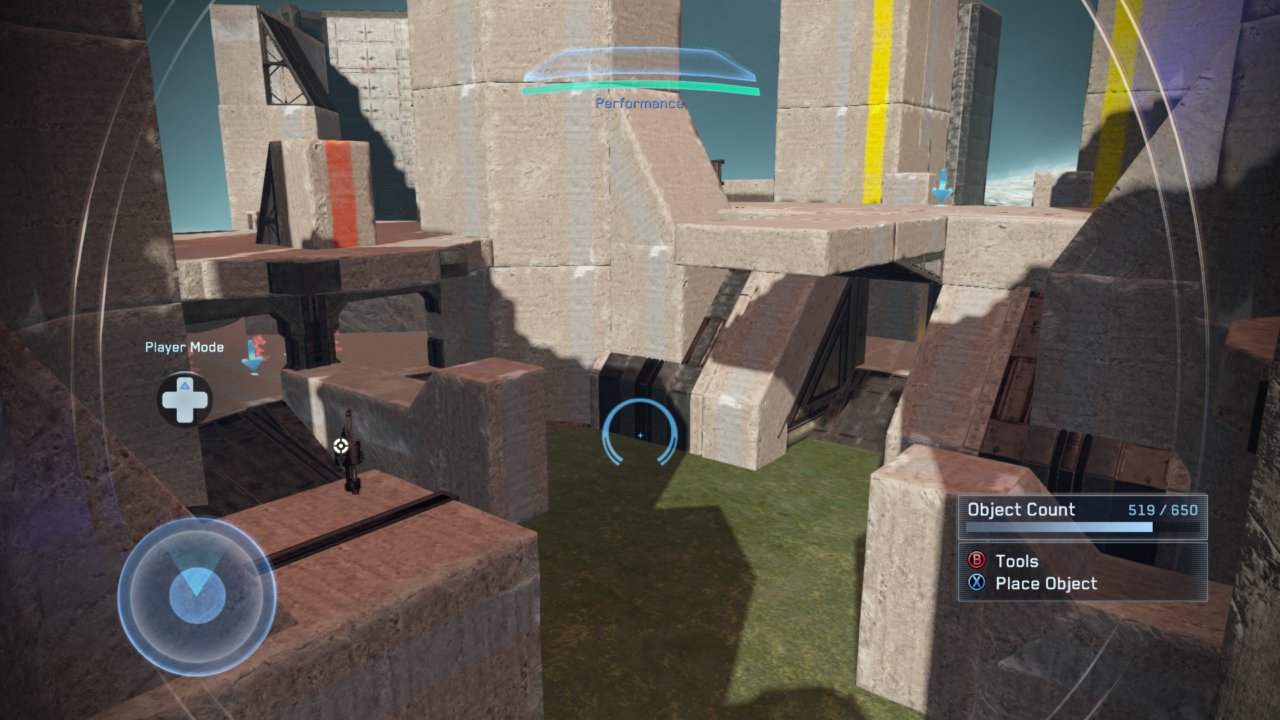 Blaze: "The team wanted a Covenant themed map and I felt this was the easiest blockout to translate. I suggested a place of worship among the High Charity hanging gardens. The hanging gardens have always been an area of Halo 2 that intrigued me, so I was really excited when Aviixe went with it with seemingly just as much excitement and as you can see, he knocked it out of the park. I dumped probably 50+ references images of into our Discord chat, from water, plants, shapes, skyboxes, everything covenant. I went wild but the thing I insisted that he include was lilypads, because, lilypads!"

Aviixe: "The little background lore that Blaze and I came up with for this map was that it would be a sort of garden/holy place of worship for the Covenant in High Charity. I envisioned this place as the Covenant’s version of the Hanging Gardens of Babylon, with plant life occupying so much of the space if can’t really escape the player’s vision, waterfalls, pools with lilypads lying about. We saw a few glimpses of garden like places in portions of Halo 2’s campaign taking place on High Charity, but I wanted to turn that up to eleven, as much as I could, for this map."

"Details like the tiny artificial beach, the strong overhead lighting, which is seen a lot in High Charity, and the cherry blossom tree I think also speak to the sacred importance of the location. The cherry blossom, specifically, I painted in because I thought it was just visually stunning, but I thought it could be an interesting subconscious connection due to how it has significance in Japanese culture. To them, it’s a symbol of life. Perhaps this contrasts the Covenant’s aims in their genocidal campaign against Humanity? Perhaps it parallels how the hierarchs have lied to the rest of the covenant about the Great Journey?" 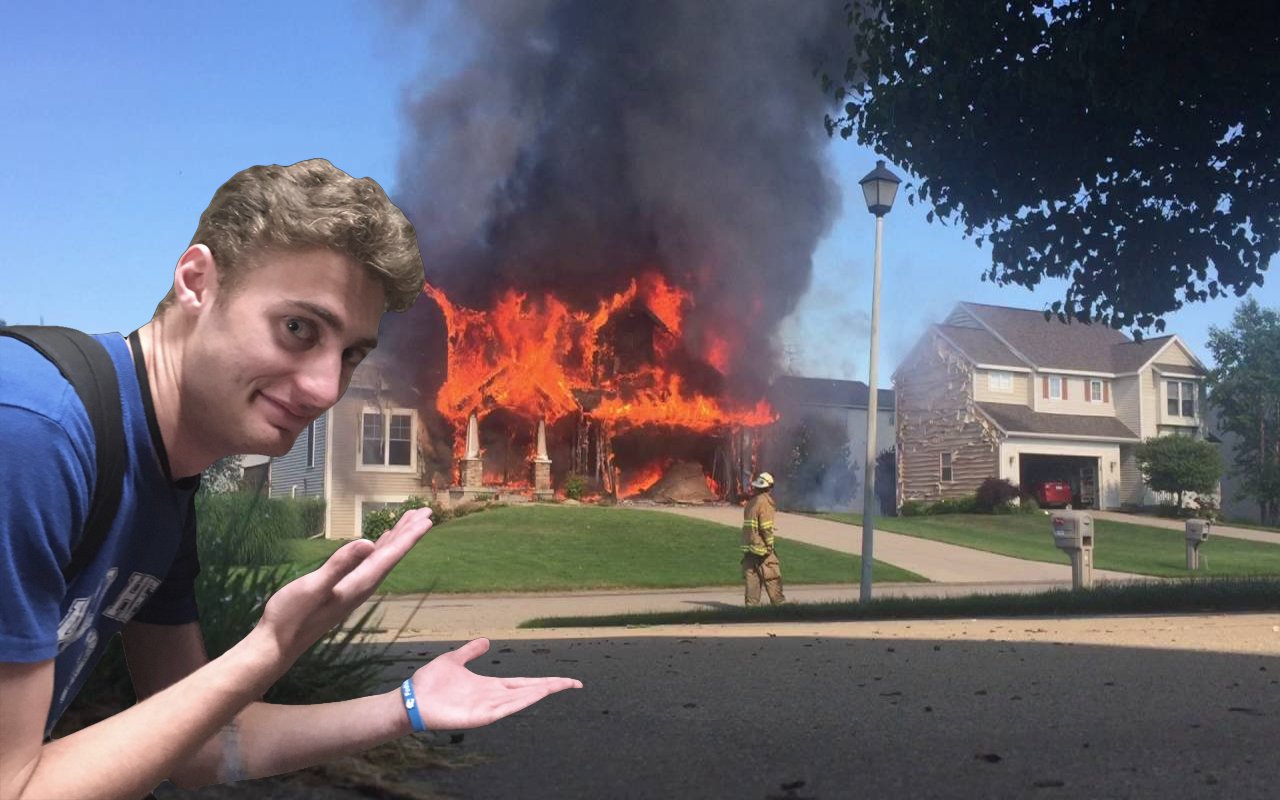 Bean doesn't seem to understand that "dropping a fire mixtape" does not mean literal fire is involved. But that's okay, he's learned his lesson. At least we think he has. You can never really know with Bean. At least the fire department recognized Bean of i01 fame and let him off with a warning.

What's your final judgement on Aviixe's concept art? I think it's as lit as that house Bean dropped that fusion coil on. Hopefully this deeper look into the design process of one of our original maps will hold you over until the next update. I'll see you again when the weekend rolls around.

7
LifeWulf
Ha, I finished reading the update then hit "comment on Reddit" and was confused when I couldn't find it. Y'all getting slow! :P I really like that concept art, you have some talented artists both 2D and 3D on your team! I'm interested in applying for the effects position, but I've only done some basic effects. Nothing like muzzle flashes, more like an explosion of crystals (I love that collisions on particles is a simple toggle in Unity) and some plasma/exhaust from a vehicle.
4
Choo Choothefeeltrain
We need an automated system, normally /u/HawkeAssault posts it for me :P
2
MonitorHawkeAssault
I wasn't home :(
2
Worst PlayerMrPippen
Smh nobody is as reliable as me ;)
6
ToaDrakua
It looks lovely, yet I am concerned about the incorporation of nominally earthling plantlife being within the halls of High Charity. Given this is the Covenant we're talking about, you're either going to have to adjust how the plants look or outright replace them with plants sourced from Halo 2 itself in order to get that feel just right. Other than that I look forward to seeing the final product.
2
BlazeDillon
I can't speak for the whole team but if I had to say, personally, i don't think that our main concern lies with sticking exactly with halos lore as I01 is very much it's own thing at the same time as a recreation. Just like this is an original design, I want it to feel like old halos designs, not be one. And also similar to our armors and guns where we certainly have our own interpretation. Along side all of that, I believe that there is a lot of high charity that we haven't seen, it's very possible given what we have seen from the High charity and Gravemind levels in halo 2, that there could be a section that we haven't explored with this arrangement of plants. Then again, I am just one person. Specifically, someone who doesn't know much about the lore. My knowledge lied in gameplay mechanics and level design. So I could be wrong. That being said, elaborate on your concerns anytime. The team is interested in hearing what everyone has to say.
2
Composerjafet_meza_composer
Alien plants will be a thing but also vegetation creation is something our artists recently started to learn and apply so earthlike plants are probably the best for us now.
3
Jack_Mcslay
If you can do that with forge the first map I'm going to do is a recreation of Temple from Goldeneye 007
2
kingkellogg
Yes please.