Hey everyone! These last couple of weeks have been crazy here, we’ve been continuously pushing new things out, and getting ever closer to that fabled Soon™. This week takes a break from the “new” things department as it will be a bunch of things you’ve already seen… but this time much prettier, and nearly finished.

Let’s get right into it.

You’ve Got a Friend in Me

For those of you who follow us over on Twitter, and are in the Discord channel you may have noticed a new face around. His name is GameSyns; he is a new Community Manager here on the team, he’s not my replacement... yet. Just here to help me out with a couple of things now that our dear FeelTrain has entered the webmaster gauntlet to slay all those who dare stand in his way. As he always said “Only the strongest survive” god speed my friend.

You’ll be seeing a lot more of Mr. Syns, but he holds a dark secret. He too is a FOTUS lover, I will continue to hire based off of this same goal of Unicorn domination, and none of you can stop me!

All Around Me are Familiar Faces

I know what you’re thinking. “This is a perfect time for some B memes!” Yes, yes it is. But I will not do any here, sorry to disappoint all of you and you specifically Church. Instead, we’re going to focus on why memes are wrong, and why we shouldn’t do them anymore.

Joking aside, this beautiful piece of art was made by our own LegendaryGamer. As some of you may have known, we actually streamed this armor’s creation over on twitch.tv/Installation01. Now, I know the last time you all seen it, it looked like this: 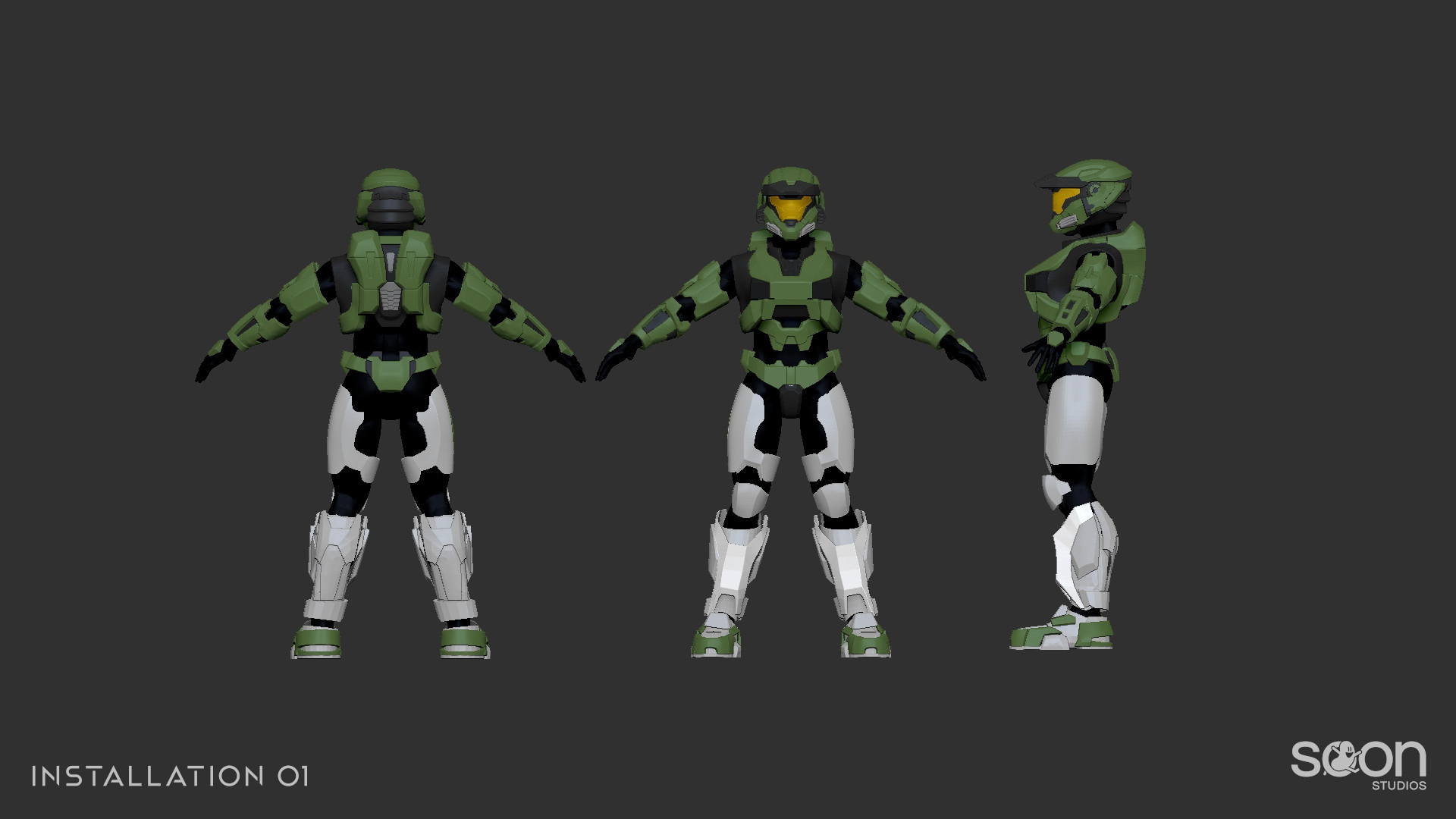 We didn’t want a Lieutenant Dan armor set, so a little while later we finished up the legs here. 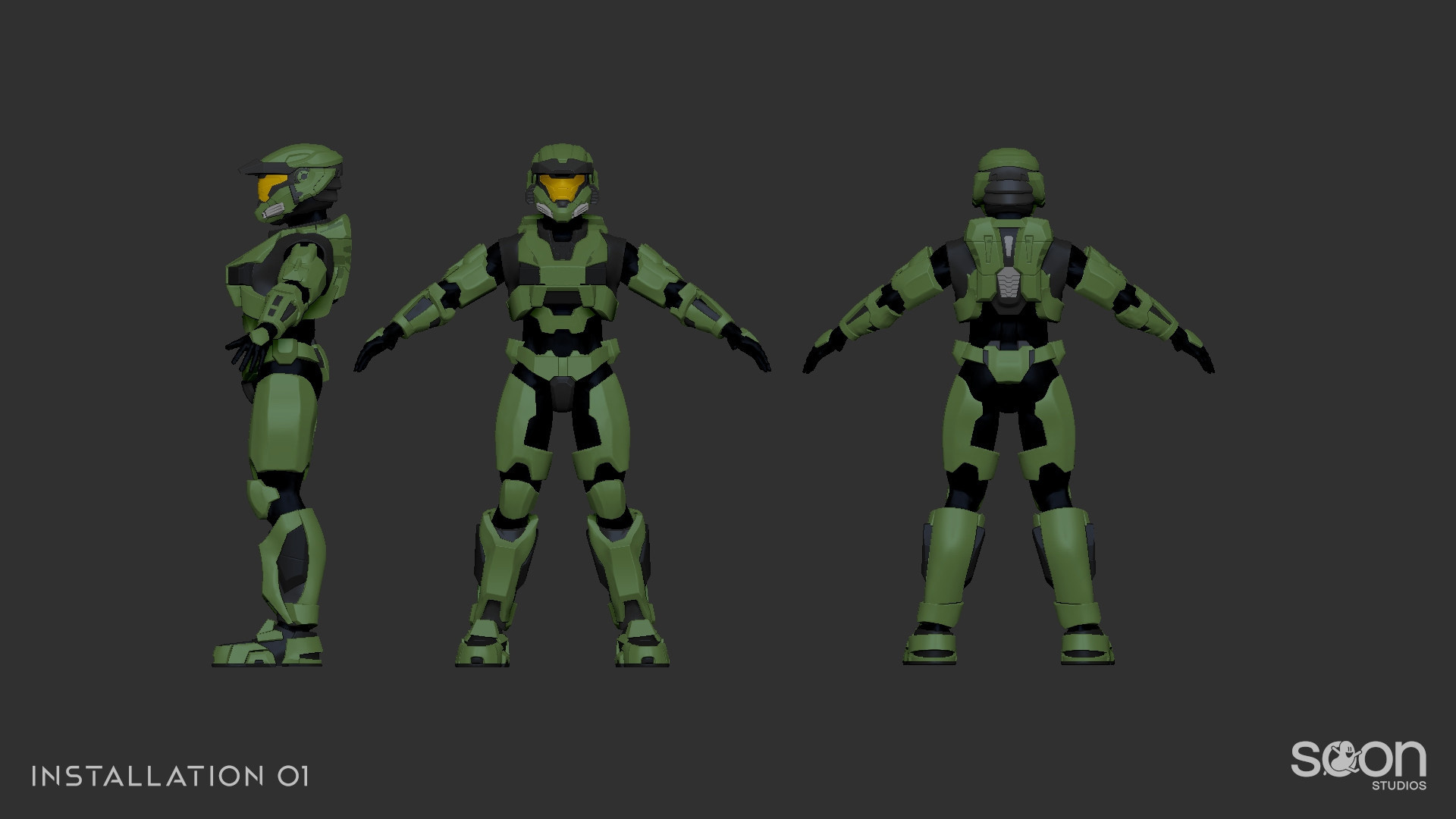 It turns out he did actually have legs! Who would’ve known?! And we all got ice cream! Needless to say, this was a good day in Bean’s office. But then we went dark to put some polish on this bad boy, so that the next time you see each other, you would barely recognize that it’s the same armor set. 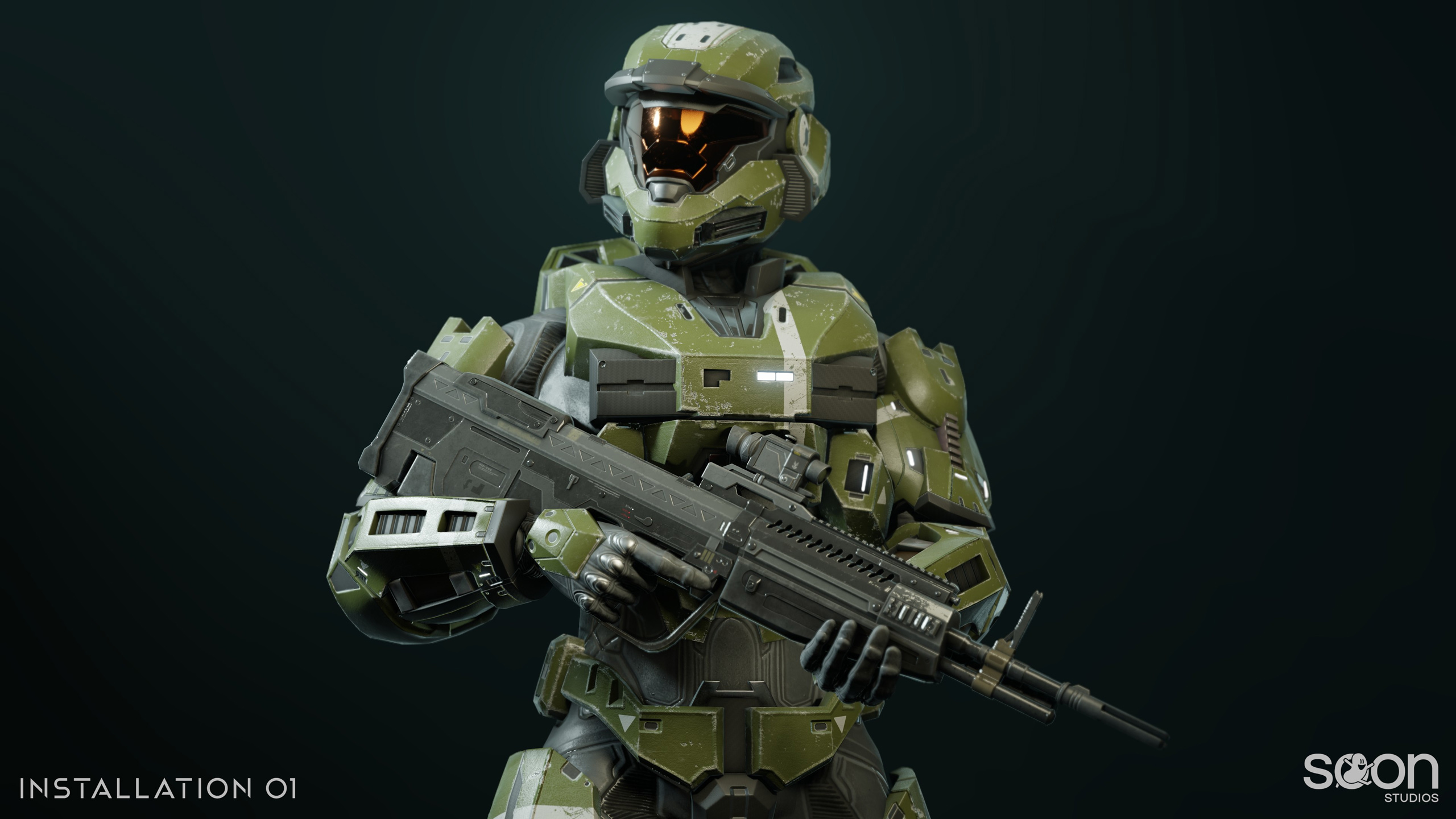 I think it’s safe to say; the polish worked wonders. So well in fact, that some of the pieces of armor had actually changed since then. I swear the polish did it, not us editing the model. 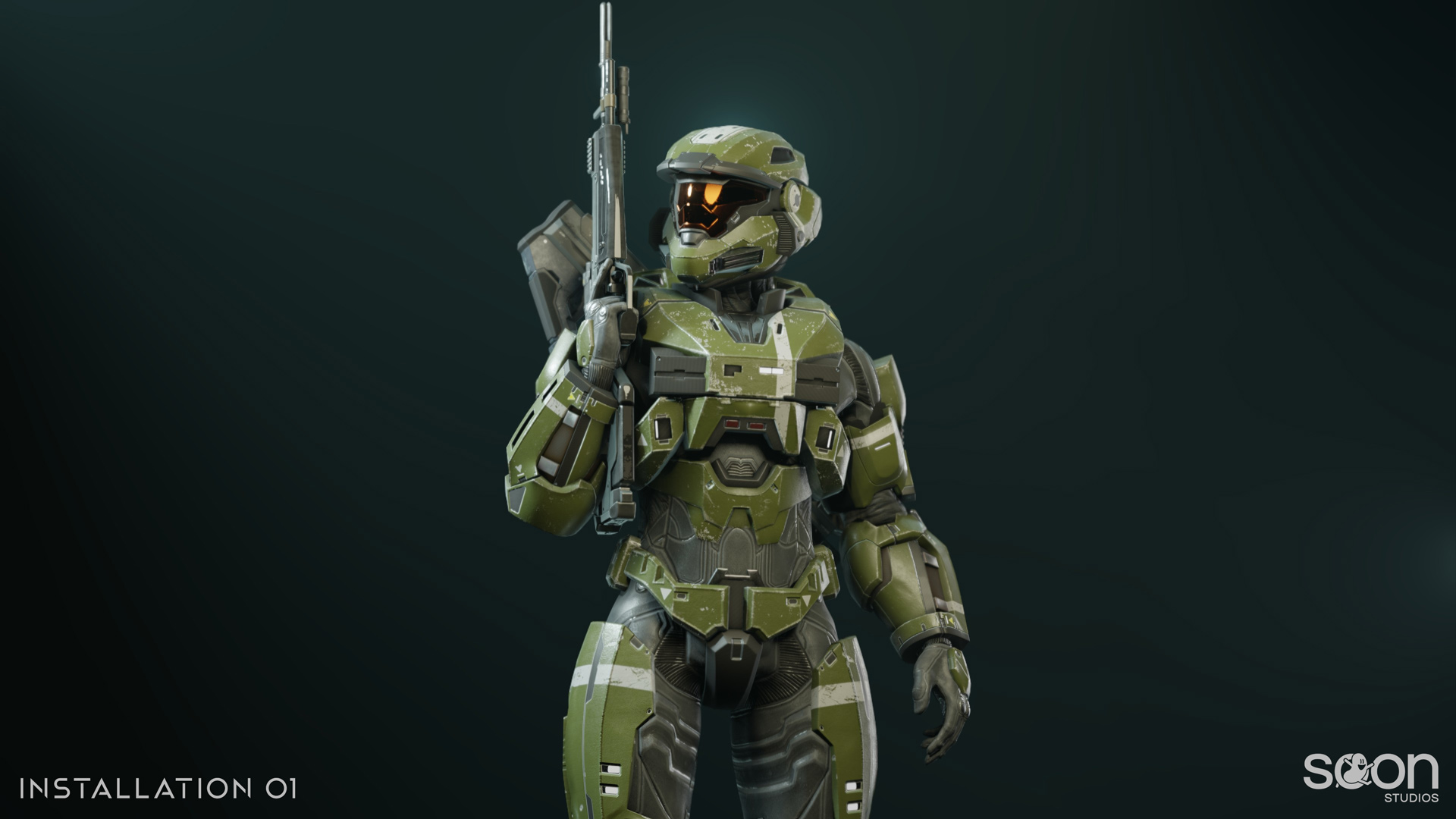 But after we seen how great it looked standing there heroically with that DMR, we knew we weren’t finished yet. Everyone knows the best part of Halo Reach was it’s customization options, and you probably noticed that this set is missing something that set Noble 6 apart from all the MP noobs. 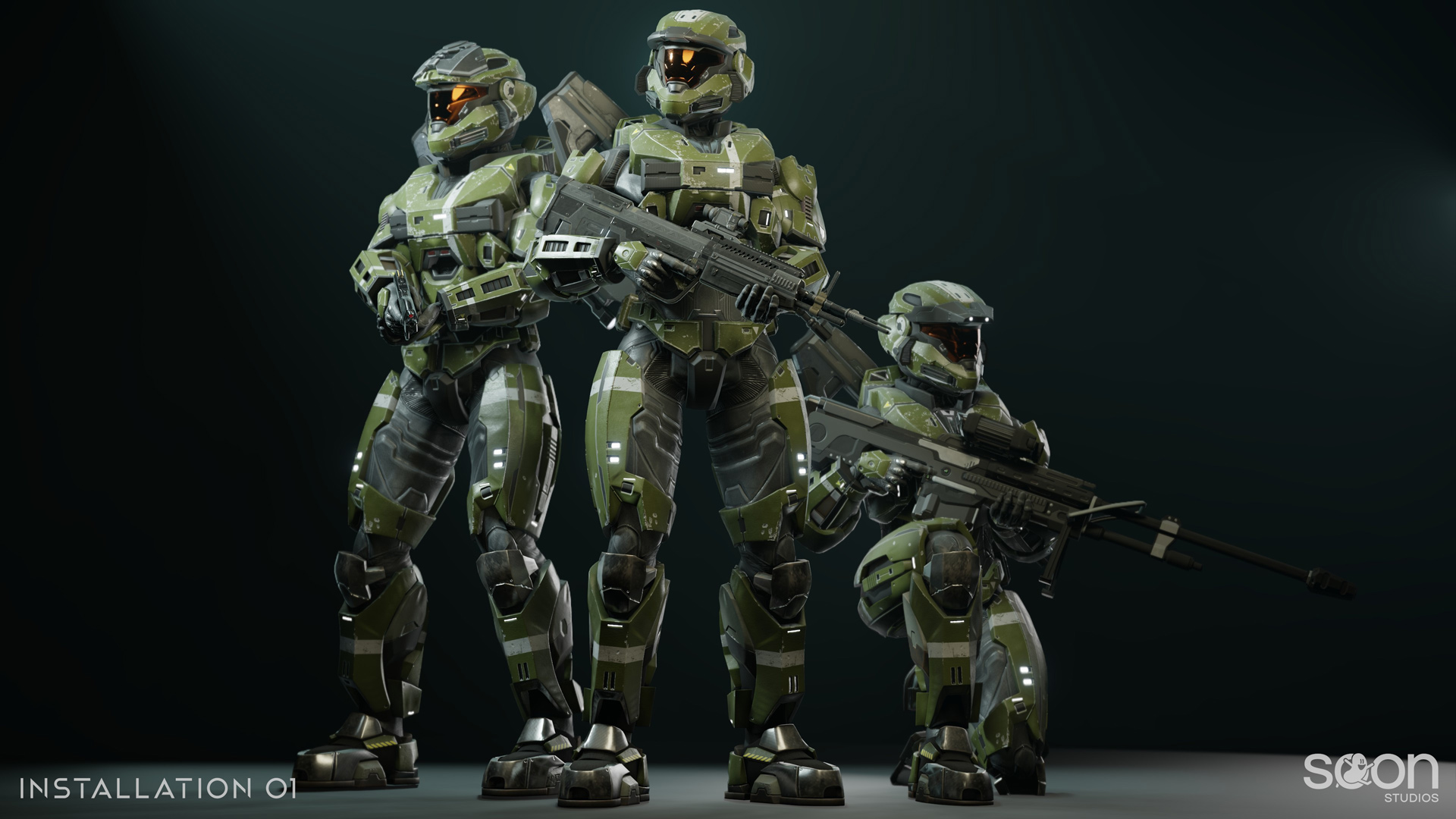 Behold! The up-armored helmet variant, and our very own neat little visor variant (that sounds as cool as the up-armored right?) You may be thinking to yourself now “ Does this mean, what happened to Kat can’t happen to me!?” No. You will still die like everyone else. Just look a little bit cooler while dying. It’s a harsh world out there, be safe, and don’t try to fly. You can’t do that either.

Let me see your face. You are the one from my dreams… Then the stars were right. This is the day. Gods give me the strength to show such beauty to the people once more. 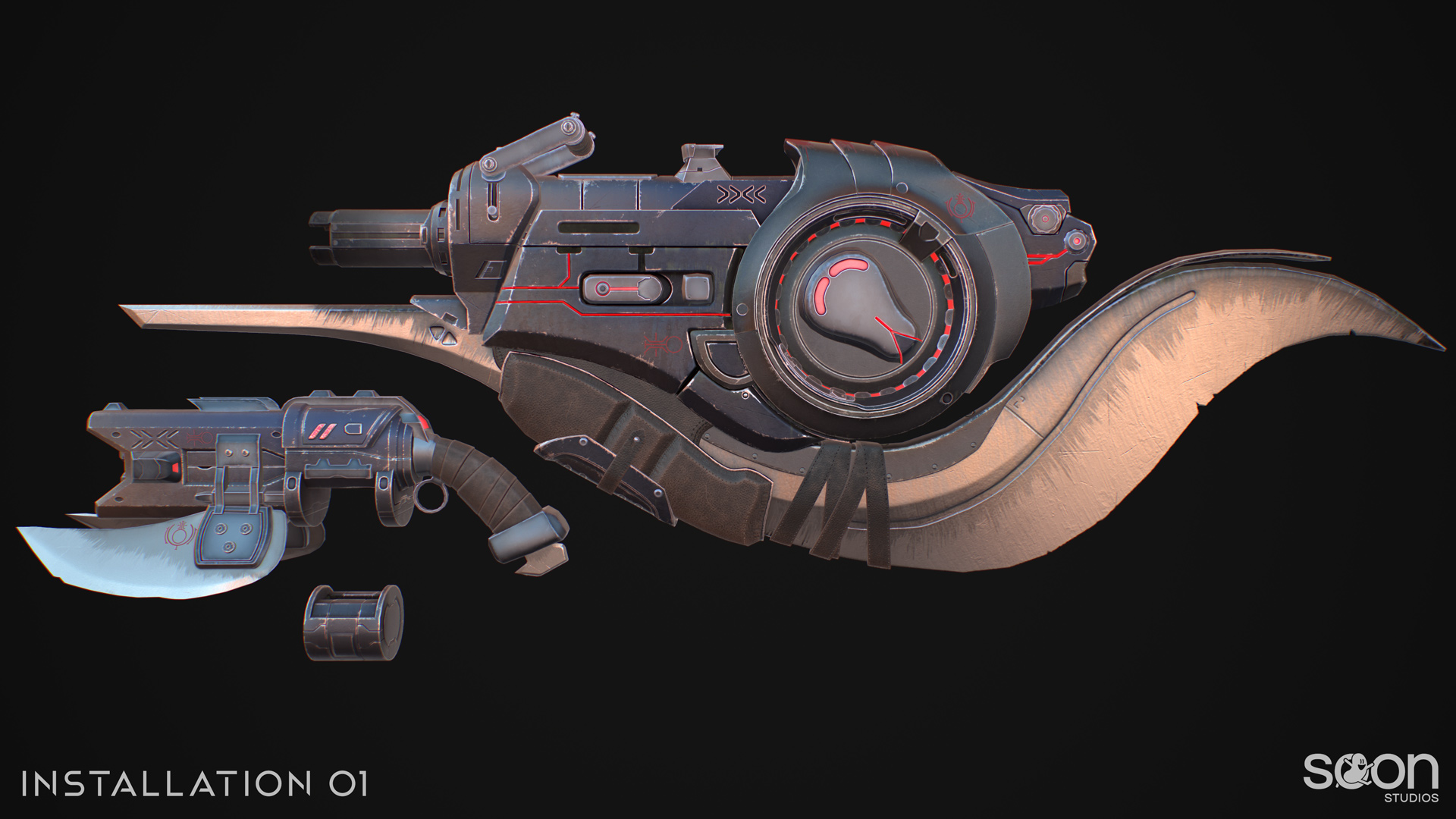 There they are, our babies all grown up. They have some red, some leather, just enough battle damage to let you know they’ve seen some shit. And of course, just different enough to tell you that they won't be exactly like you remember them. 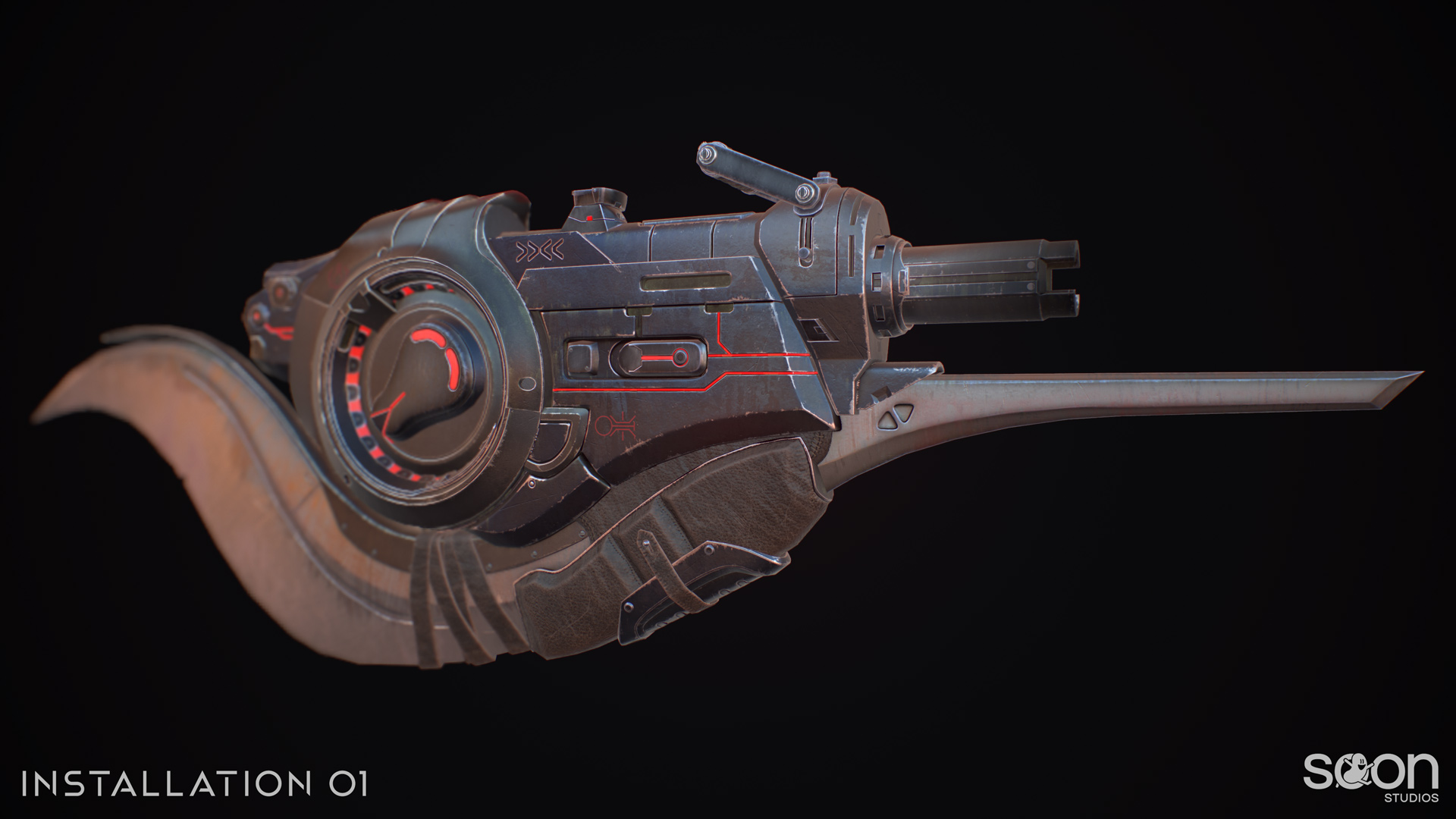 It seems just yesterday all they were was only some white models, with no direction in the world. So young, so naive to think that they wouldn’t end up like their parents. 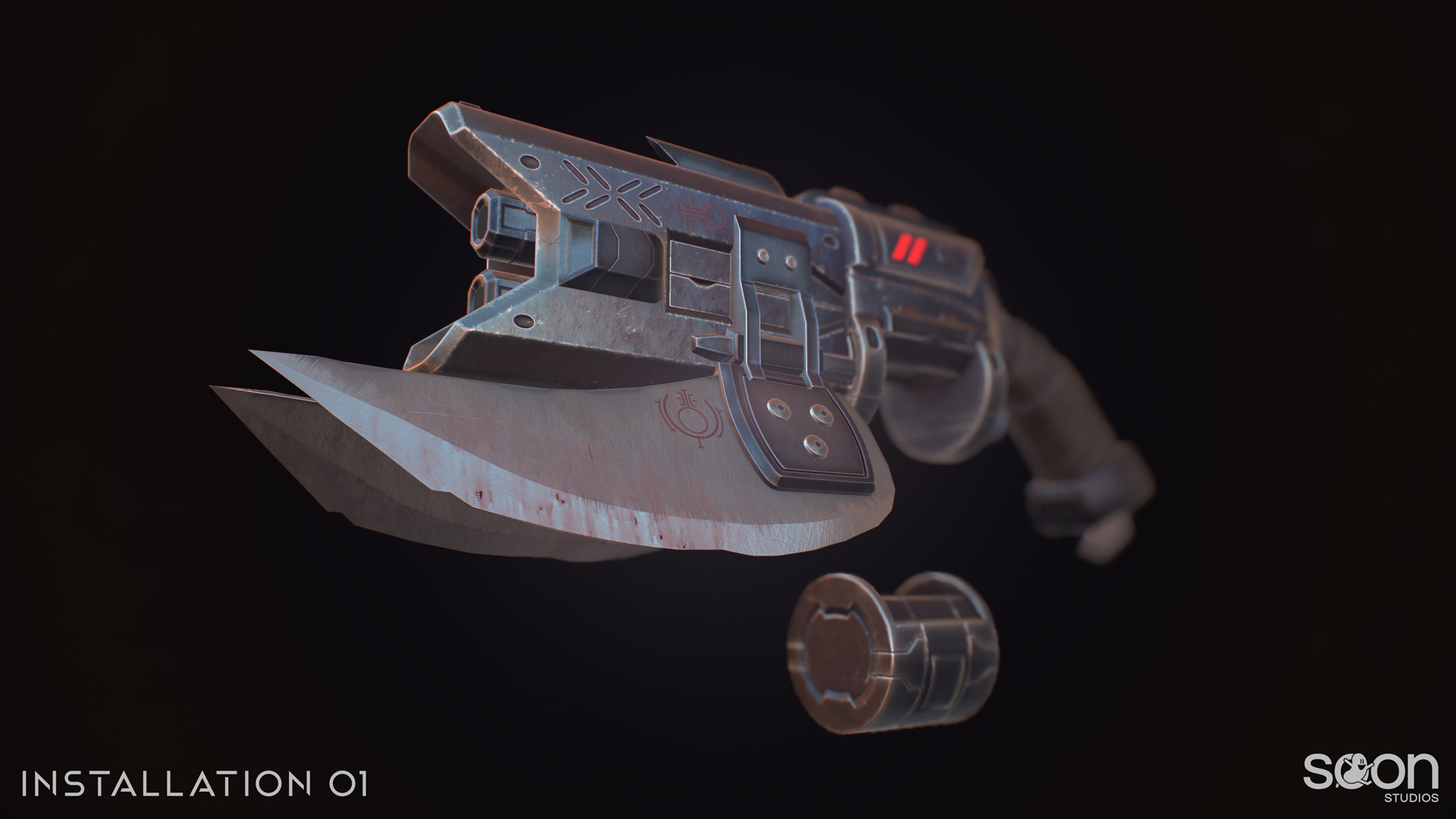 I know we don’t want to let them go, but it’s time. They’re ready for the world; they’re prepared to do what they were made for. This won't be the last time we see them though; we’ll visit them in every slayer match, every CTF, and of course, every fiesta slayer where we aren’t actually happy to see them but will make due.

They Took Our Jobs!

I guess I have to actually advertise our jobs again instead of singing to you. Apparently, that worked out last time or something.

Same as last week, we’re still looking for talented QA Testers to fill our ranks, but we’re still asking that you please that you have experience in the field, and can adequately do the job. We’re not looking for people to just play the game at this moment, that day will come with the Alpha.

On top of QA Testers, we’re in need of some talented programmers as well. While networking is preferred, we are looking for anyone who can do the job!

These are not the only positions we have open, so please still click the button below for all of our currently open positions! 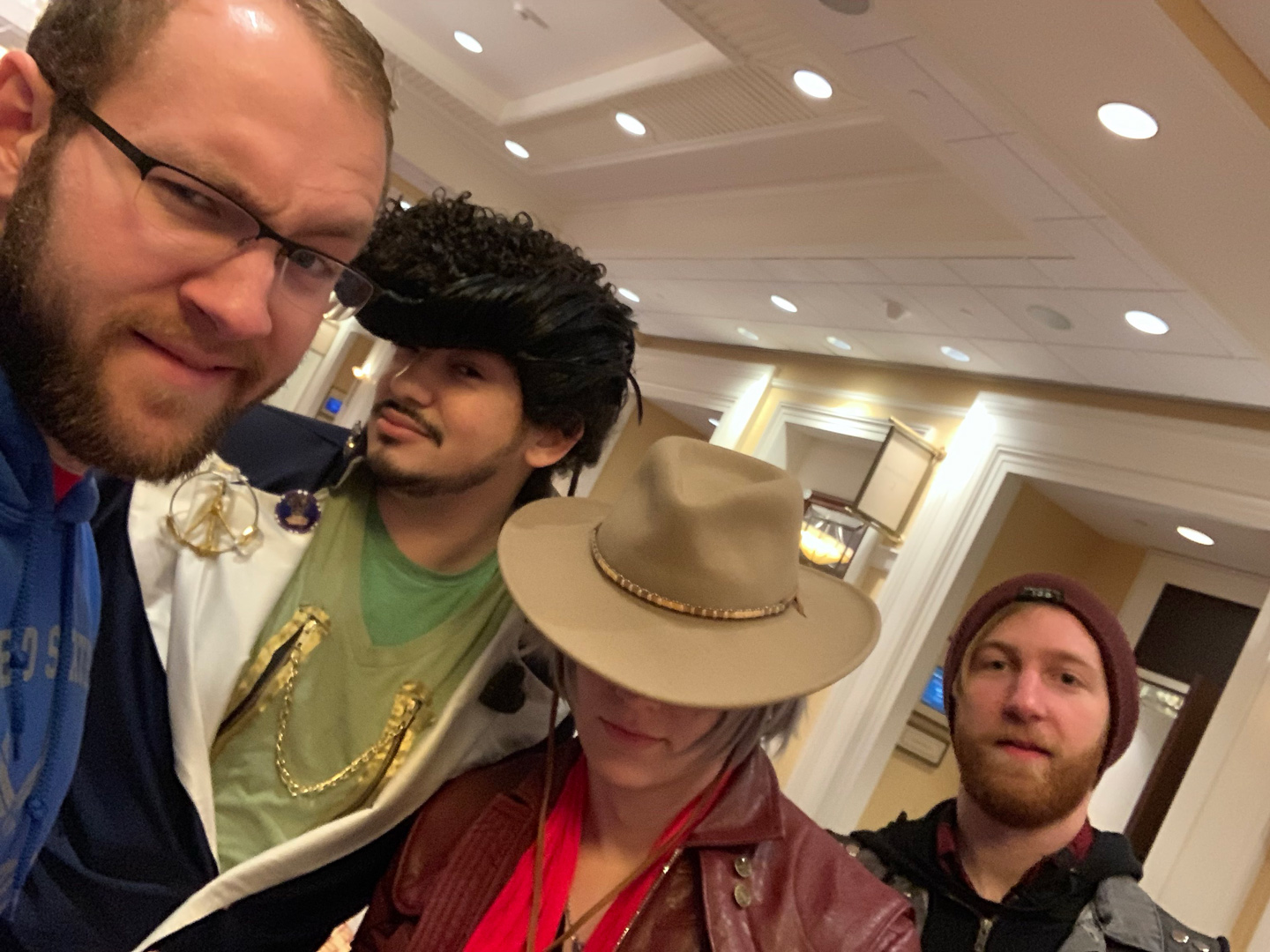 This is an old one, but a good one. Why is it good? Because Bean isn’t there to ruin it like everything else. Also Church’s beard.

That does it for this week, be sure to go check out our Instagram page @installation_01 to see some more daily content; next week will be brought to you by the new guy! GameSyns has some pretty cool things to show off to you guys, stay tuned for that. And I’ll see you all soon…

24
Starlight_warden
That armor is absolutely beautiful, especially the helmet. I absolutely love the rendering software as well, the gold for that visor is so perfect.. I wonder if we'll see the addition of the Blue Team armors with the Installation 01 team's approach to it. I would love to combine them with classic armors. They are in my opinion the perfect armors to combine between new and old! &#x200B;
9
AndrewsJV2
Insanely good looking models so hyped for the game.
4
CBO0tz
I'm super happy with how the Mark V[B] armor looks. I'm curious how the pauldrons are gonna work with customization, when they themselves are already the customization. EDIT: I love the look of the Brute weapons btw. They look gorgeous as with everything else that's been put out so far.
3
Sergeant_Qwertzy
These updates are what I live off of. Keep up the good work you guys. Although I am curious, do you guys have any plans to try and introduce any Halo 4 or 5 armors to the game? I've never been the biggest fan of 343's style personally, but I'd be really interested to see Soon's take on some of that stuff.
3
RisingHERO19
IS THAT A JOJO REFERENCE!?!?