It's that time of the week again.

Wait, no it isn't. Today is Saturday. I was in the middle of writing the weekly update yesterday when my hard drive decided it no longer wished to live. I tried to talk some sense into it but it was no use. I ordered a new one with 1-day shipping and now I'm currently trying to recover my files.

The important thing is that you're still reading a weekly update, even if I did have to rewrite this entire thing. But here at Installation 01 we improvise, adapt, and overcome. By switching to Saturday.

This week we're showing off more our HUD and a few of our menus created by our UI and Graphic Designer - Maik. You can find his Artstation here.

The HUD is inspired by Halo 3, but scaled to Halo 2's size. Right now the elements are flat but the plan is add a curve effect similar to Halo 3's. It will make it look like it's actually wrapped around your head rather than on a screen. You can also see that the visor lines and the health bars correspond to the helmet you're using. 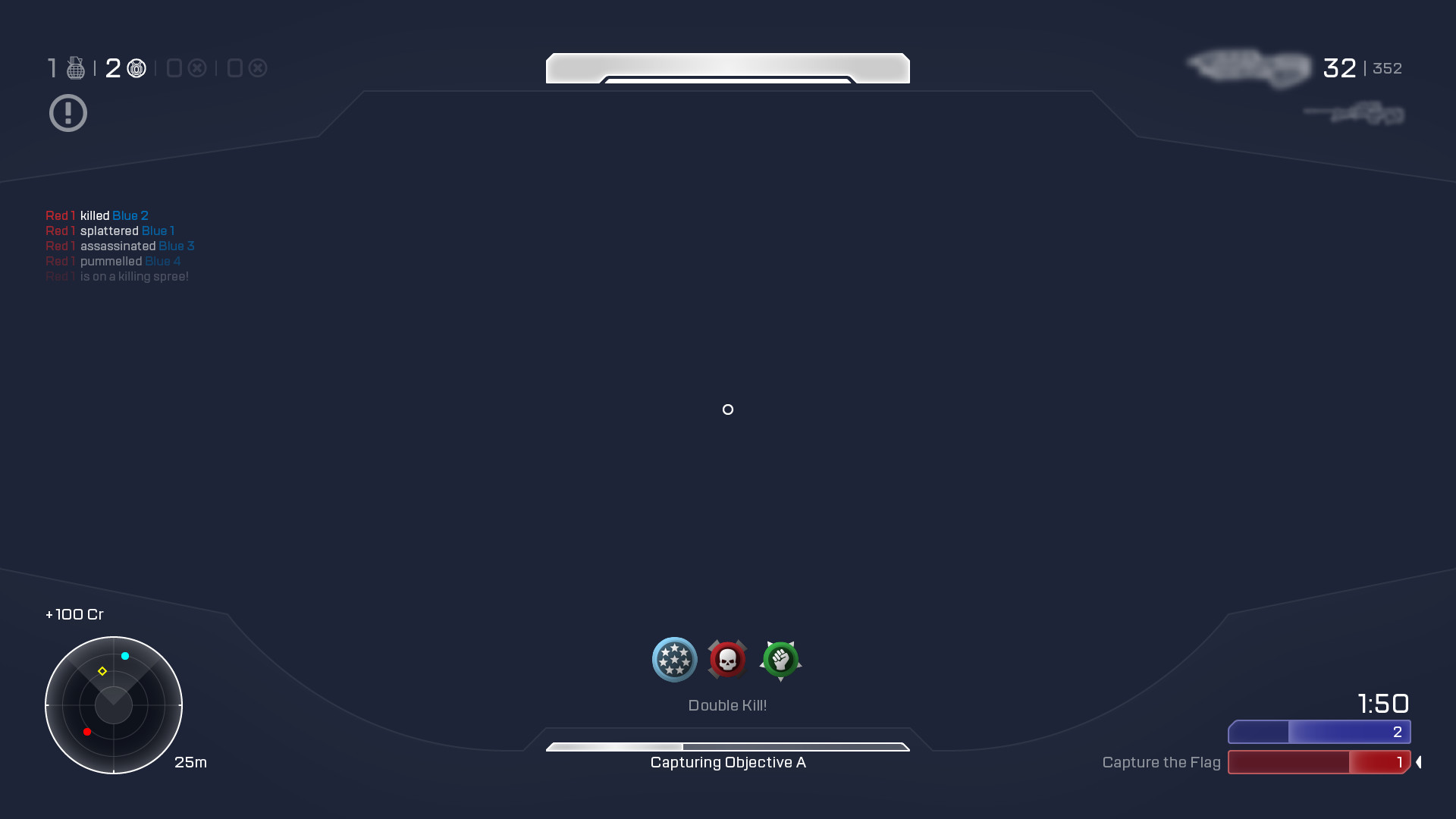 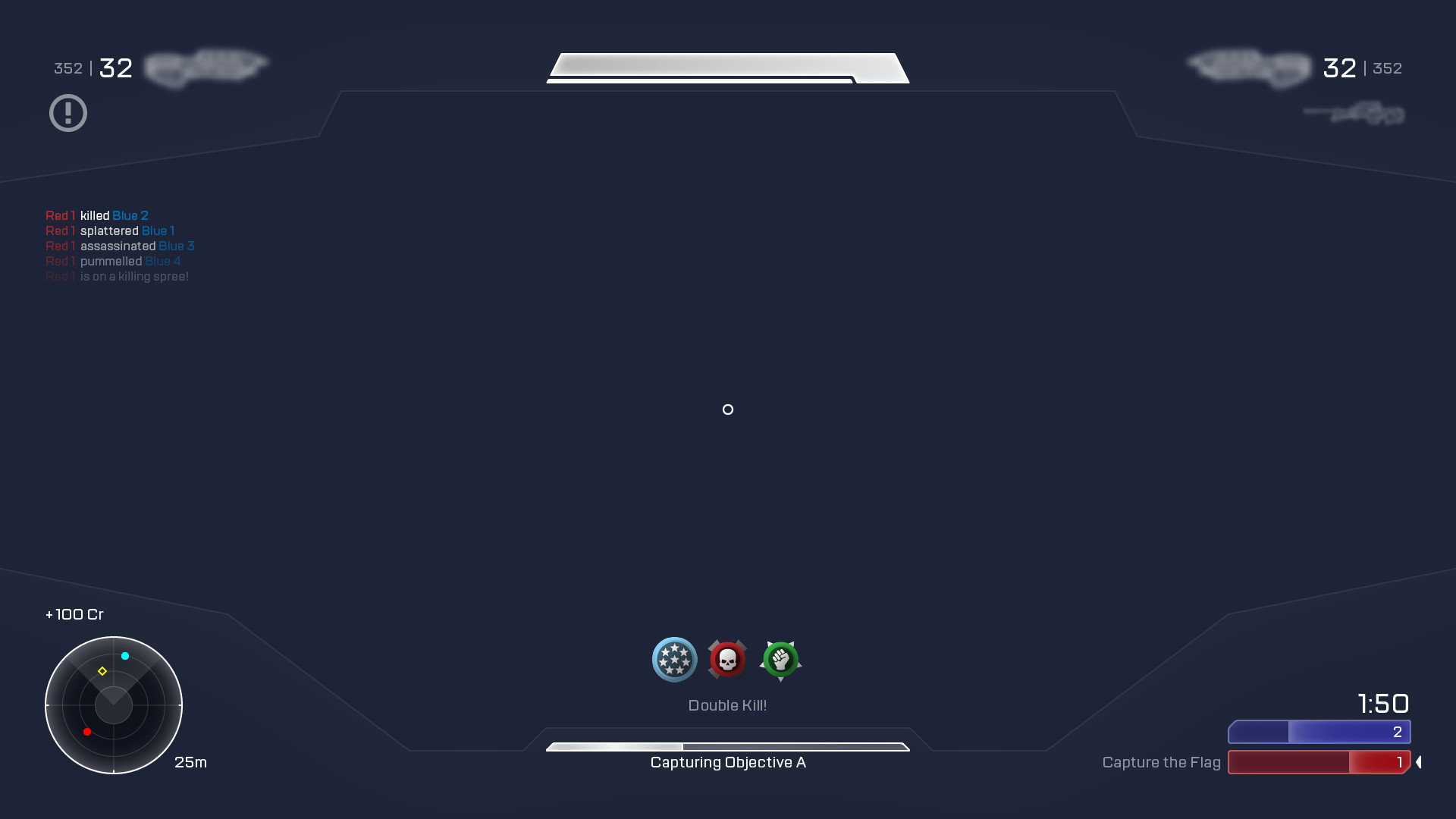 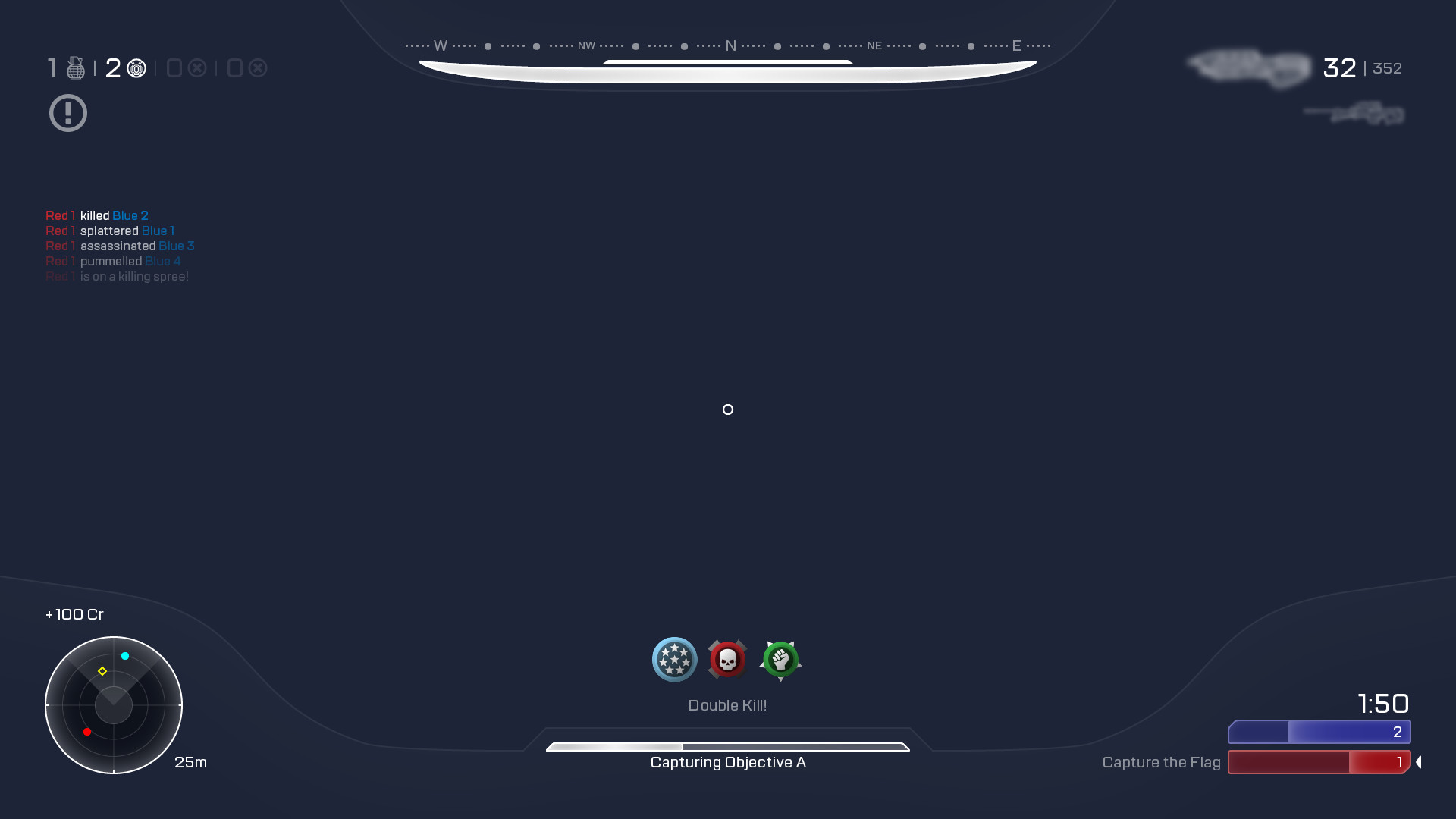 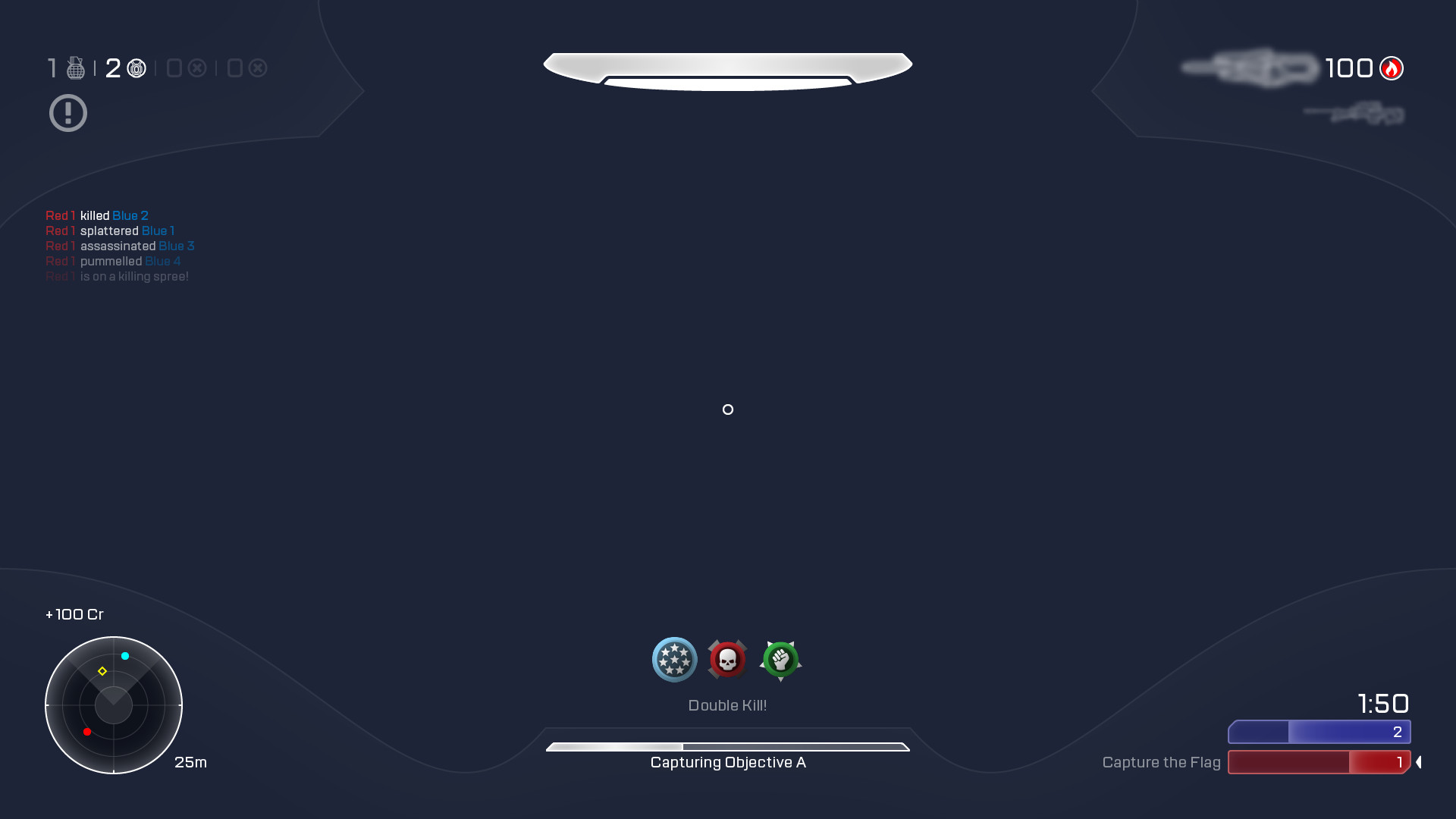 Let's move onto the menus, my personal favorite part of the UI.

On the flip side of things, we have the menu. The menu is inspired by Halo Reach, with a little bit of Halo 3 seeping in here and there. The goal was to make everything less bloated and more suited for a monitor instead of a TV, while still keeping a Halo look and feel. It's also more geared towards mouse and keyboard. Backgrounds and most text are placeholder.

The main menu itself is pretty standard. But like Reach, you'll be able to see your party no matter where you go. The final background should be something exciting. 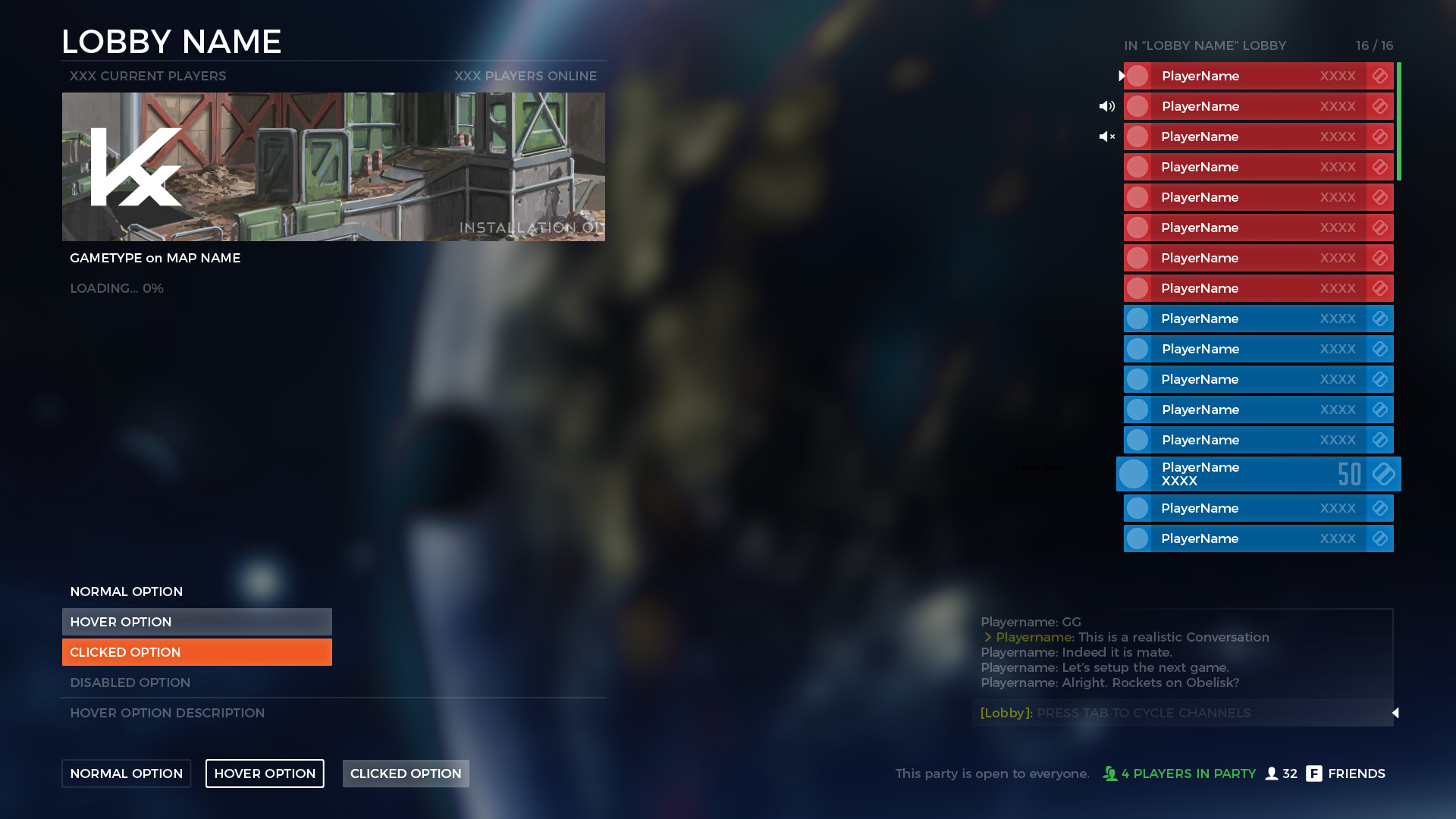 The lobby makes use of extra screen real-estate provided by monitors to add a chatbox below the list of players. Other than that, everything should feel familar. 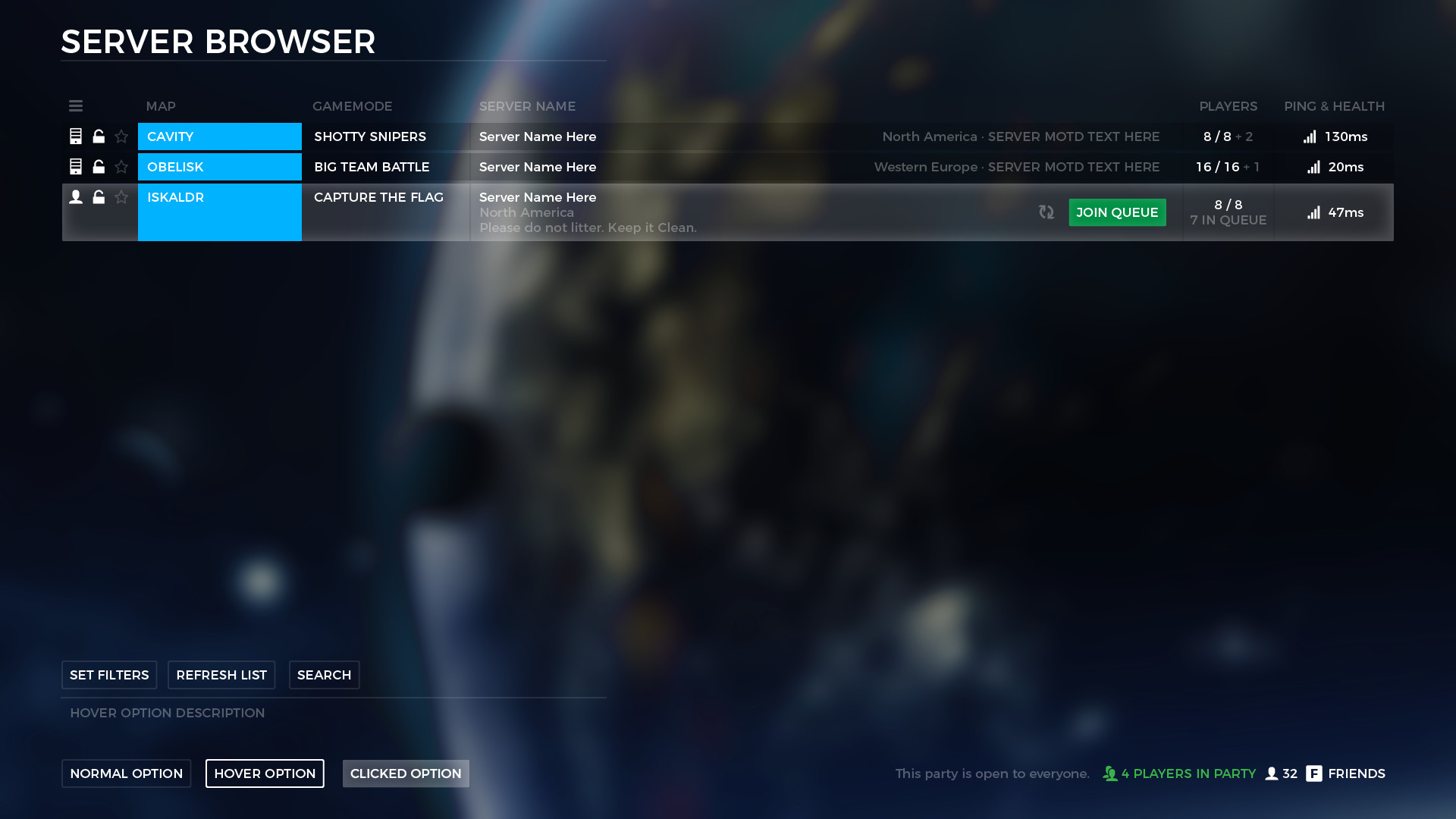 Yes, Installation 01 will have a server browser. We believe no PC game is complete without one. You'll be able to search for servers and filter them by map, gametype, ping, etc. 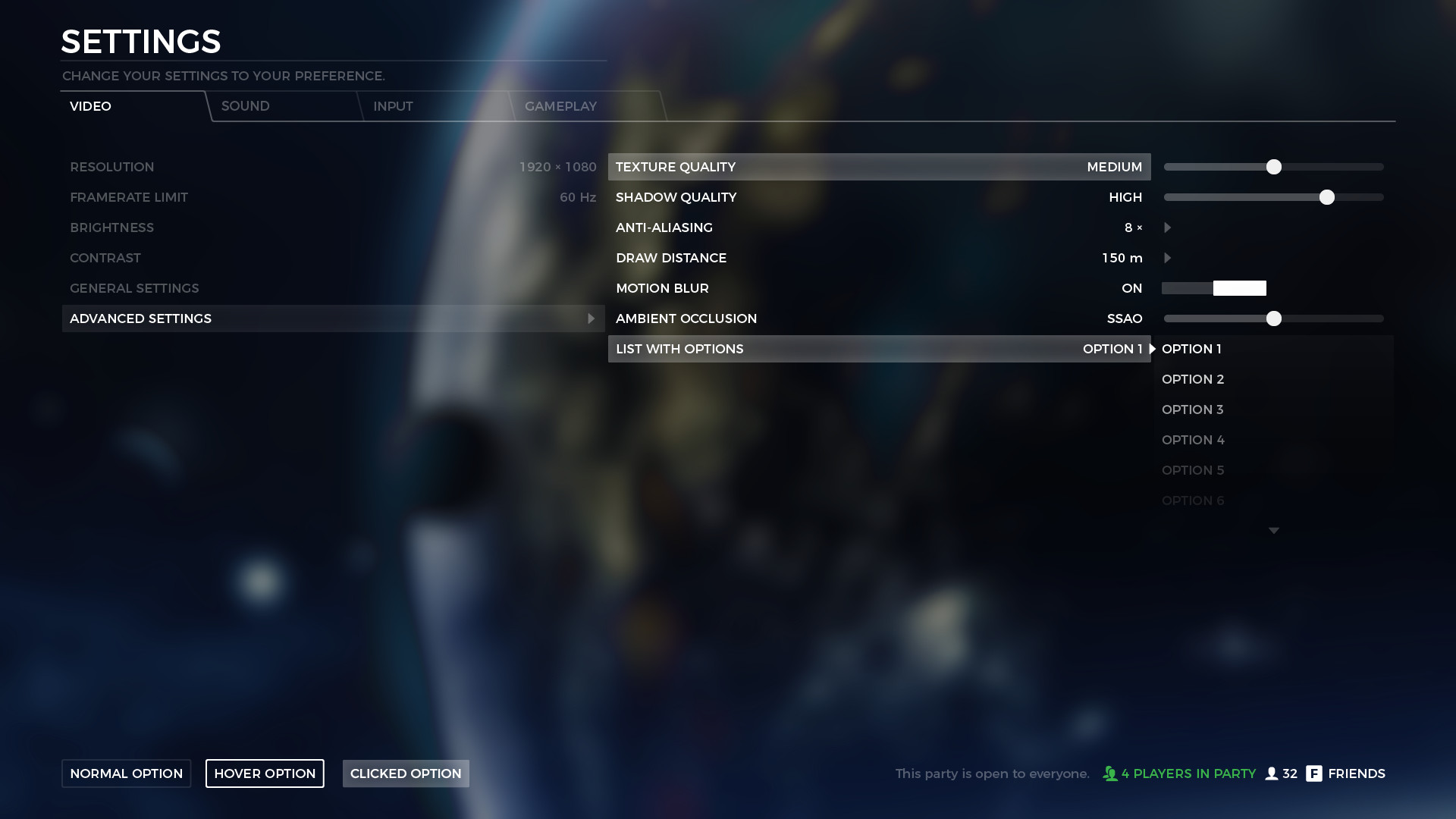 Settings are another important aspect of PC gaming, so you already know we won't be skimping out. This Reach-inspired layout leaves plenty of room for all kinds of settings while keeping them nice and organized.

You can find a few extra images over at Maik's Artstation so you should go take a peek.

This song may seem familar, and that's because it is. This is a remastered and remixed version of our main theme courtesy of Jafet Meza. Enjoy.

The people asked for flairs on the subreddit, and we've delivered. It took longer than it needed to but now you can seek out official updates and music if you're so inclined. It should make navigating the subreddit a bit easier. If you're not already a part of our subreddit, what are you doing? Reddit is our replacement for official forums. Head over to Reddit.com/r/Installation01. 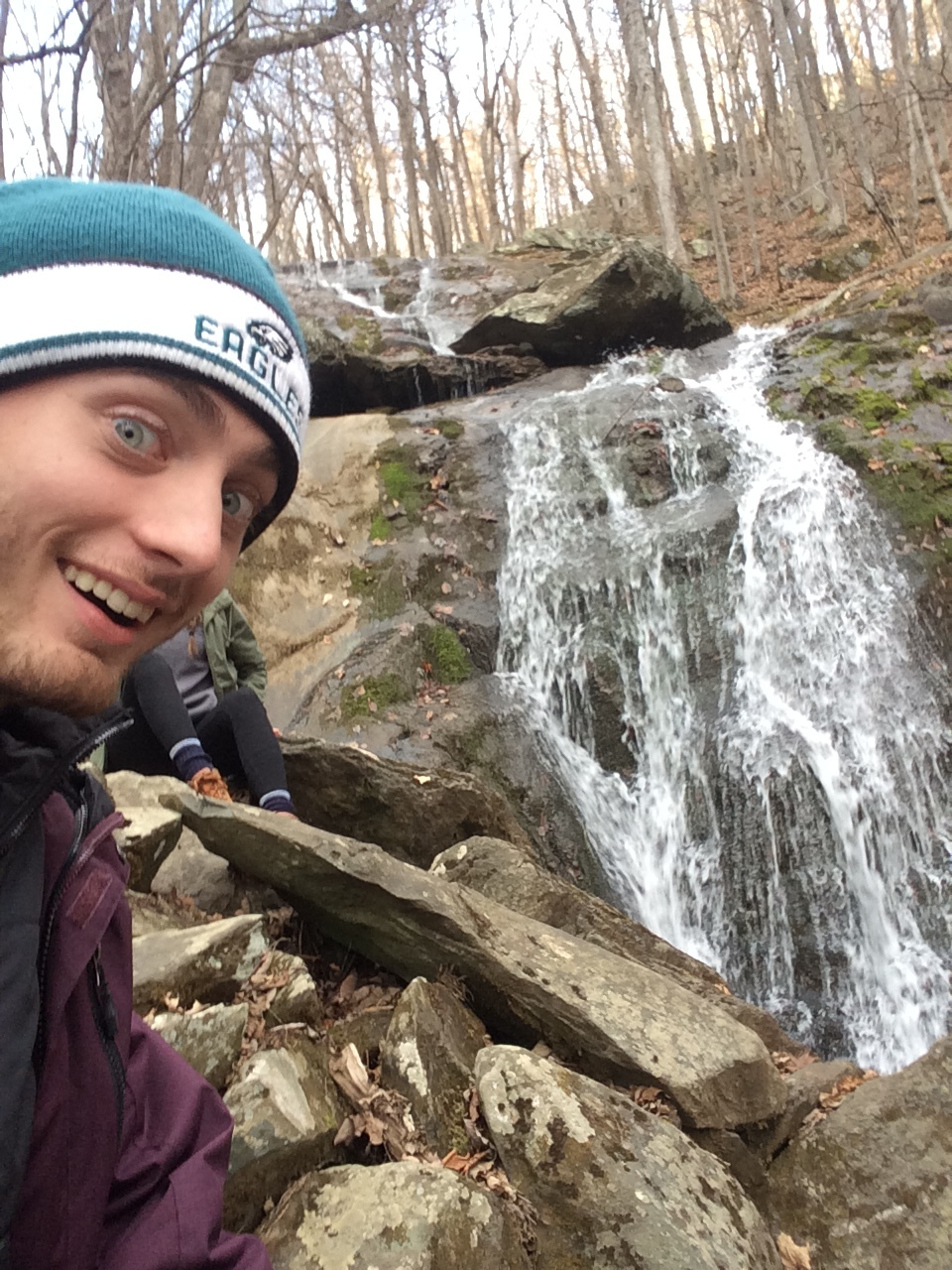 Random hard drive failure? No. This is no accident.

Bean realized that the weekly updates were too consistent. He's an agent of chaos, and as such feels the need to create it even when it sabotages his own project. I don't know how, but Bean somehow broke into my house with the sole intention of taking down my hard drive. I've already alerted the authorities. Be on the lookout for the hard drive killer.

I hope you liked the banner. December means Winter is coming. Hopefully this is the last time you'll see an update on a Saturday. It probably isn't, but it's better to be optimistic about it. Come back next week for yet another reveal of some kind. I won't spoil the surprise but your head will definitely be spinning when you see it.

13
CucumberTopHat
Daaaaaamn, the UI and menus look so sleek, Wish 343 made the ui's for halo 4 and 5 like this instead of the mess that it is now.
9
_ODSTJacob
I'm so excited for this game. I look forward to its release.
9
HyliasHero
I love the idea of the HUD changing depending on what helmet you are wearing. That is sick. Is there any possibility that playing as an Elite will change the HUD to be purple like in Halo 2?
7
[deleted]
Why is it that on the Mark V HUD there is an assault rifle on both sides of the HUD?
8
Choo Choothefeeltrain
Dual-wielding assault rifles confirmed ;o Nah, it's just placeholder weapons. It's demonstrating how dual-wielding will look.
6
ARUKET
The HUD designs are great, they'll be glowy blue like in the other games though right?
9
Choo Choothefeeltrain
They are whatever color you'd like :D RGB sliders.
3
ShamusTheSloth
YES!!!!