Well met! Won't you stay awhile, and listen? This week on your regularly scheduled doot, we’ve got some pretty neat things to share with you, such as some new additions to our brute weaponry, and more. Let’s get right into it!

Nobody Likes the Opening Band

Before we hop right into all the good stuff, I wanted to take a moment here to do some more self-promotion for our other platforms.

First things first, we promised in the last doot to send out the stems to you all via Twitter, we did just that, but in case you missed them, here they are again!

The official #Installation01 Soundtrack stems by @Jafet_Meza have been uploaded! Grab them while they are hot and so you can't get demonetized for making great #Halo content. https://t.co/hrGQfpYRCX pic.twitter.com/CDeo7ct15q

Thank you to any of our friends over at 343 Industries that may be reading this, for sharing it in your wonderful Community Spotlight! It means a lot to us, and has definitely helped us get it out there to all the content creators! You should totally send those Unicorns my way as well even though I had nothing to do with it. *wink* *wink*

Secondly, you’ve all been killing it over on our Instagram page @Installation_01, I hope you’ve all been enjoying the content we’re sharing with you over there. As a reminder, we will be posting more exclusive screenshots that don’t make it into these updates over there as well as sharing some older models, artwork, maps, etc. that you may have missed!

Thirdly please go check out the Team Focus we did on Dynamic, it got buried in the music hype on Wednesday, and I don’t want my boy to feel like he missed out on his spotlight. I had a ton of fun talking with him, and I hope you all enjoy it as much as we did making it!

A Spike in Blood Pressure

You all really enjoyed the early look at the lovely Brute Shot modeled by Dynamic a little while back. However, doing so left you all asking about the rest of the Brute Arsenal, and what we’ll be including in our sandbox.

To melody this I figured we should just show you. This is our Brute Spiker!

It is a modest weapon, favored by the Jiralhanae of the covenant, and a meme to all Spartans in multiplayer. Even though it is a severely underrated weapon, I think it still stands as one of the coolest and most unique weapons in the universe. 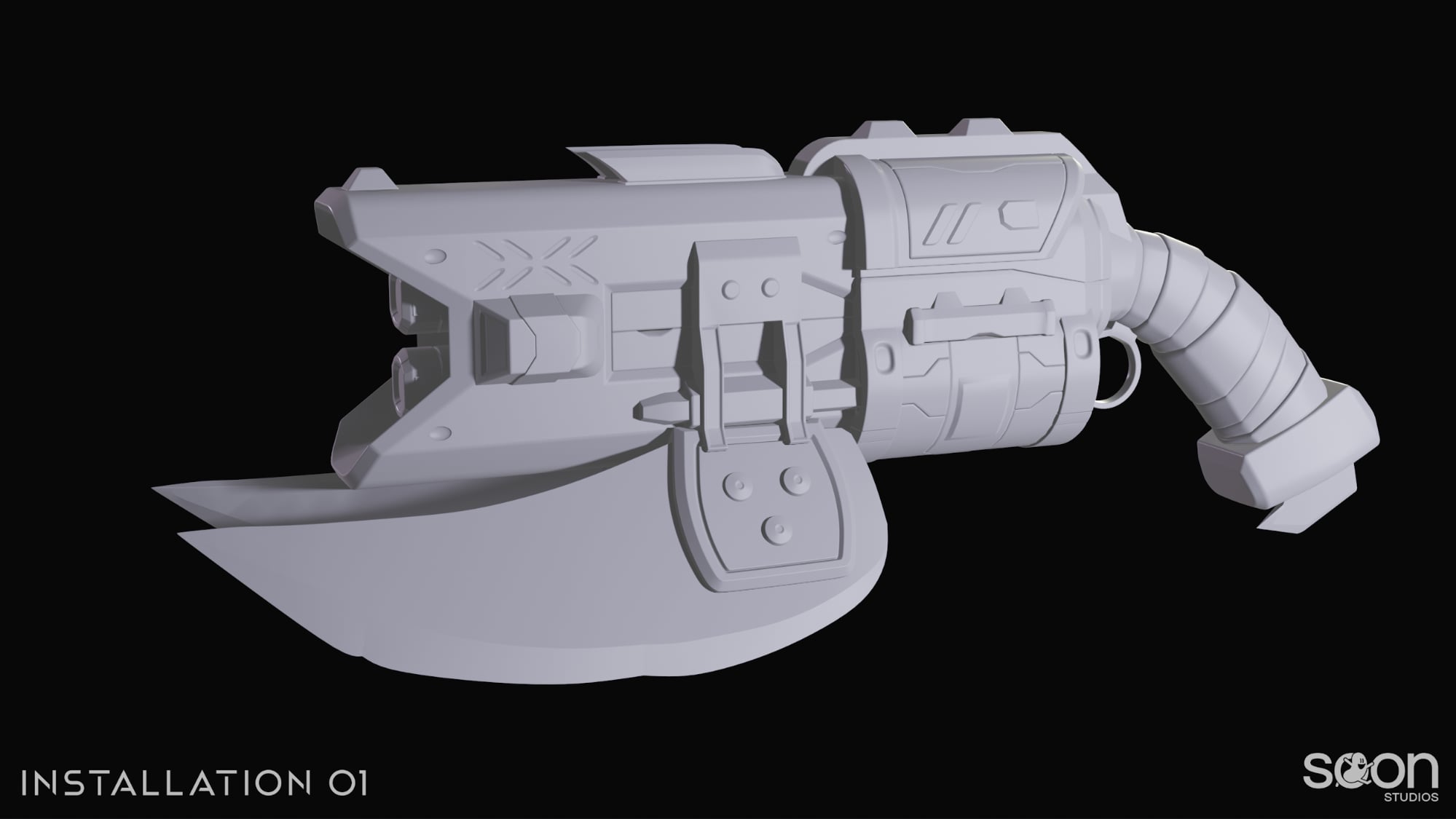 It really captures the primitive look, and savagery of the Jiralhanae like few other weapons do, until... 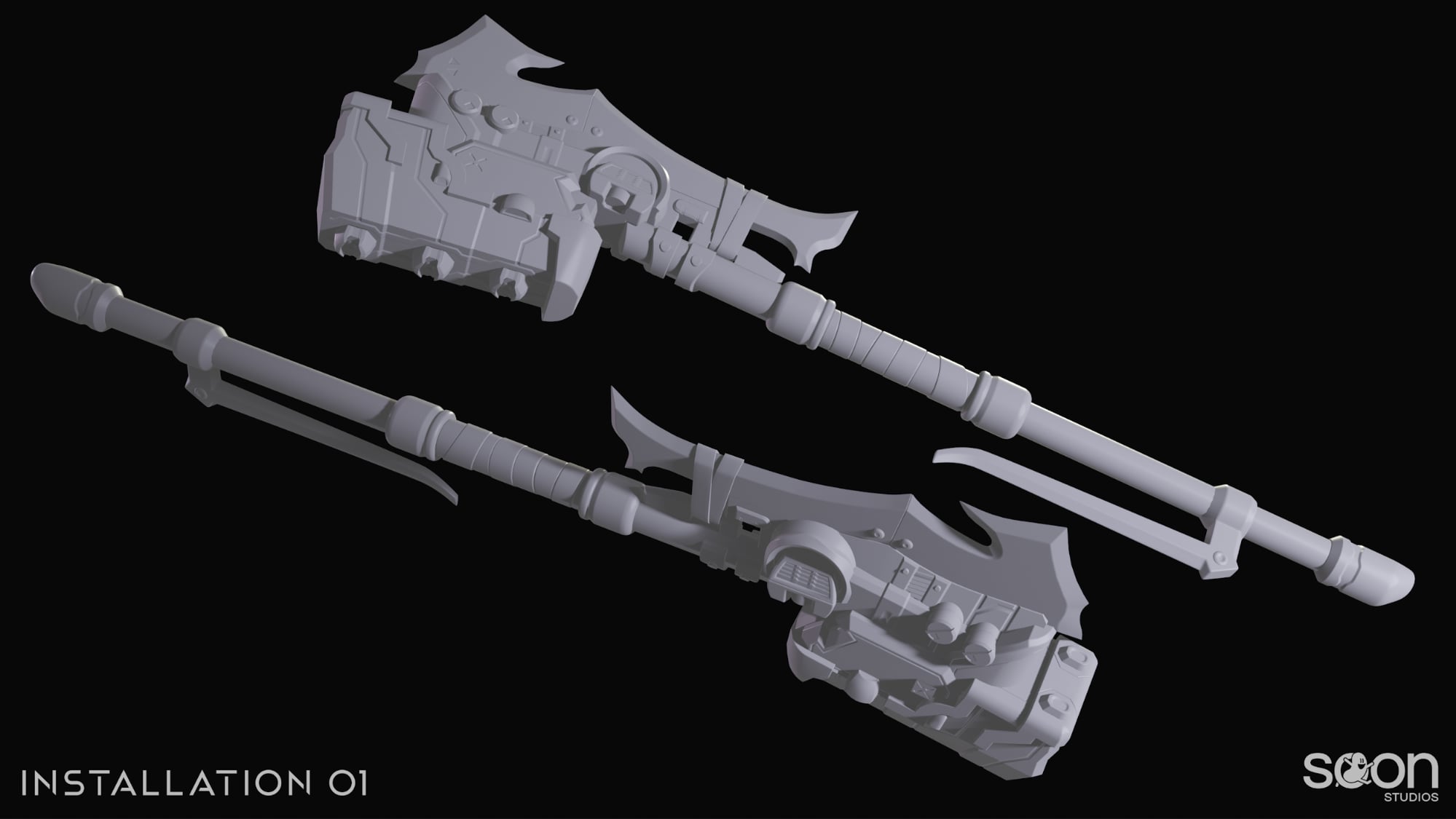 The Gravity Hammer! It’s easily one of my favorite weapons in the entire series, it looks cool, sounds cool, destroys anyone, and anything in its path. What more could you want? 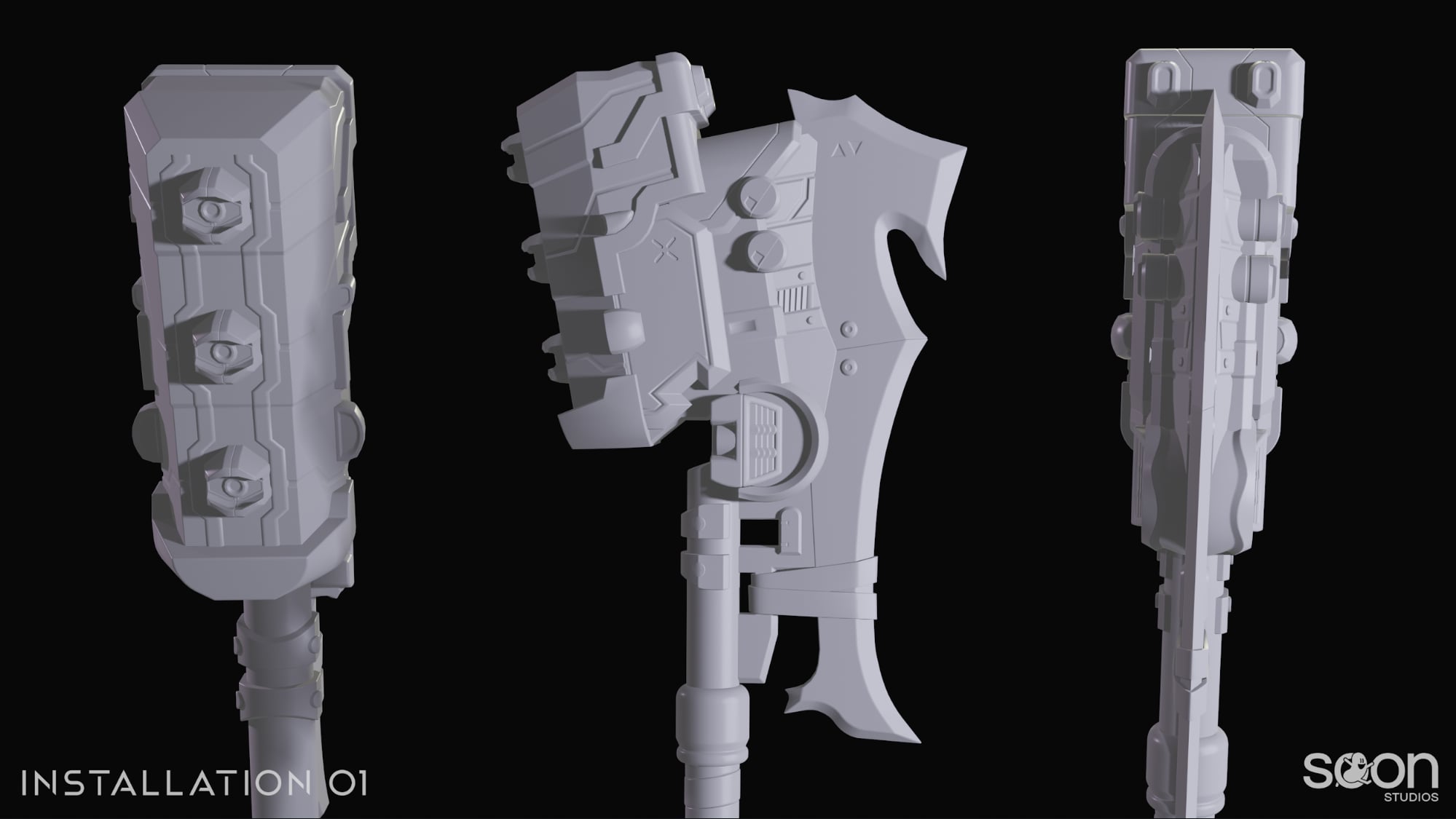 As you can see our indecisiveness has spread to weaponry as well. Enough from me though, let’s learn more about them from the artist himself!

Tosh: Thank you for joining me today Ghost! First things first, what program did you use to make these lovely weapons?

Ghost: Of course, thanks for having me. Like a good number of others on the team, I use Blender. Its lack of premium entry fees makes it a solid choice for artists like me who aren't quite in the industry or making a living earning back the costs of software. I have spent some money on addons though, which is a nice positive of Blender that has improved workflow considerably.

Tosh: Interesting, so with the added benefits of an improved workflow, how long did it take you to get the models to this point?

Ghost: Well, The Gravity Hammer has been sitting on file as early as February 2018. There were earlier works of it that we simply didn't feel met the quality and standards that would have been preferred, and it was looked at on and off. The one you see now and will come to know was started in late September and pushed through the pipeline much smoother. No more than about a month was spent, and that's not full time. Some veterans with a keen eye might remember that the spiker was actually done long ago, but now it was modified from its original version for every benefit; it's now cleaner, has some extra detail, and more closely matches the style of the hammer, which was the driving reason for changing it. This took no more than a few days, the goal was pretty clear.

Tosh: Yeah.. we seem to do that quite often. We may have too high of standards sometimes, but the end model always comes out exactly how we want it. Speaking of high standards, how difficult is it to create the unique models and designs while retaining that familiar look to the weapons that the community demands?

Ghost: This is a really "hit-or-miss" topic. Sometimes it goes okay, and others have you wasting your time and adding work that's never going to see the light of day. It proves how strong the use of concept artists and use of 2D helps tremendously on design. Using previous games work to base your own off of can be useful, but once you move into making it less same-y, changing the details around can be a process of adding and removing until a detail works. A lot of time can be wasted here, so the question isn't so much that of difficulty, but time consumption. It’s best to get a concept out and let the 2D drive the design as much as you can.

Thanks for giving us a little info dump with the fantastic models! It should be noted though, just like the Bruteshot, these models are still early in development. They still have a lot of work to be done on them, and this will definitely not be the last time you see them!

Here’s another helping of the lovely community art shared with us over on our Discord channel! 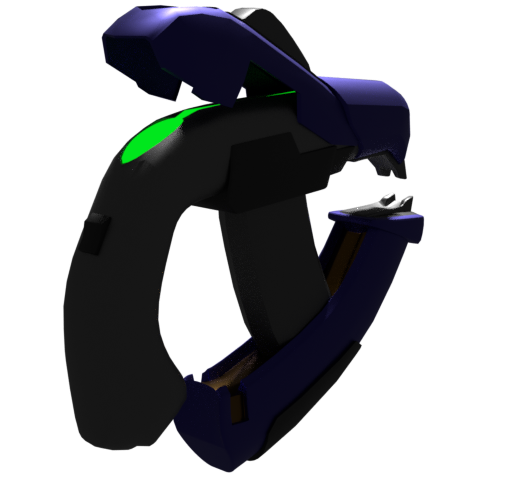 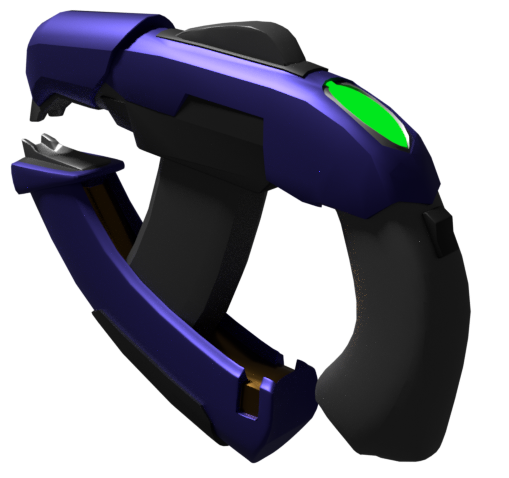 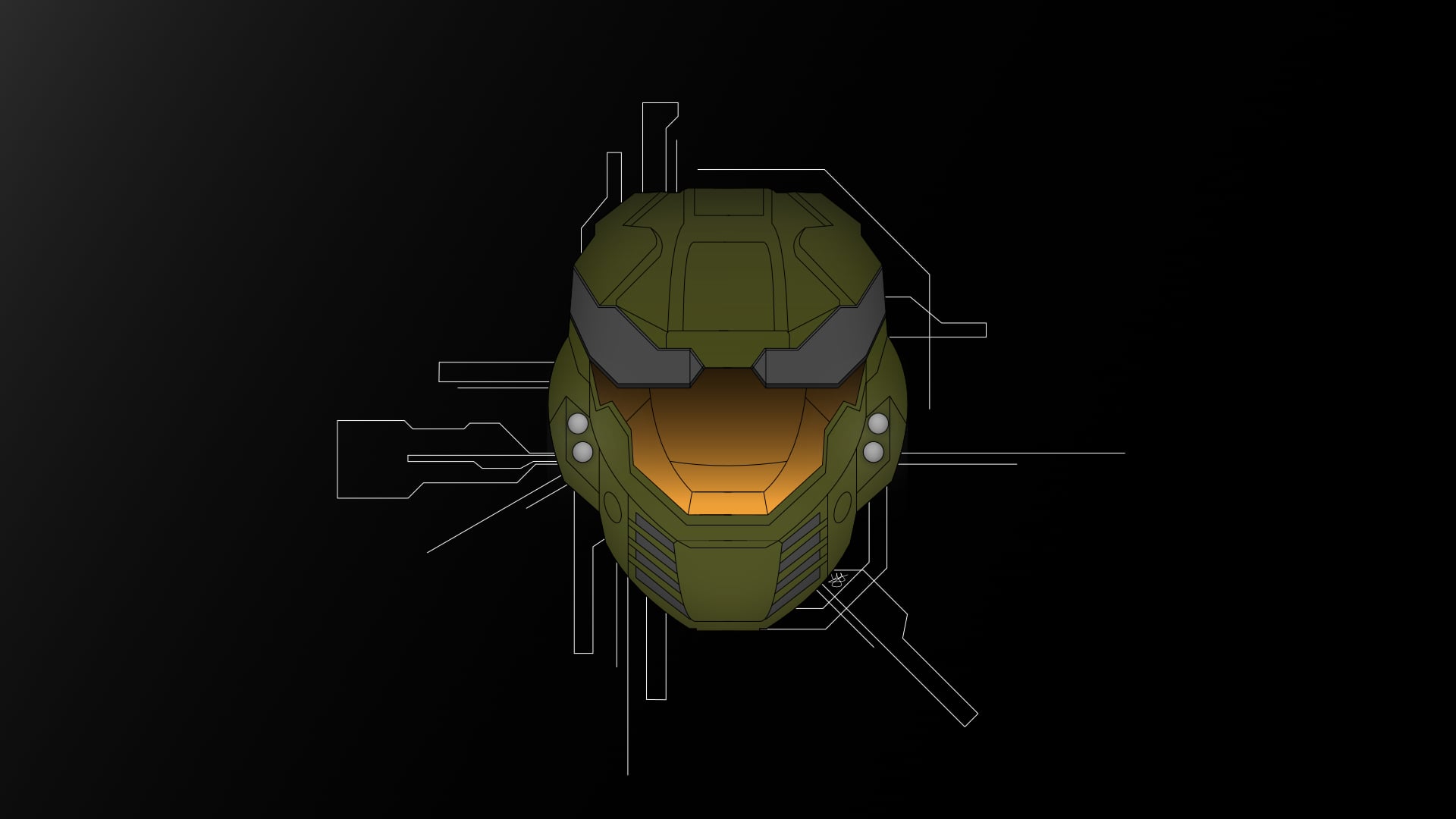 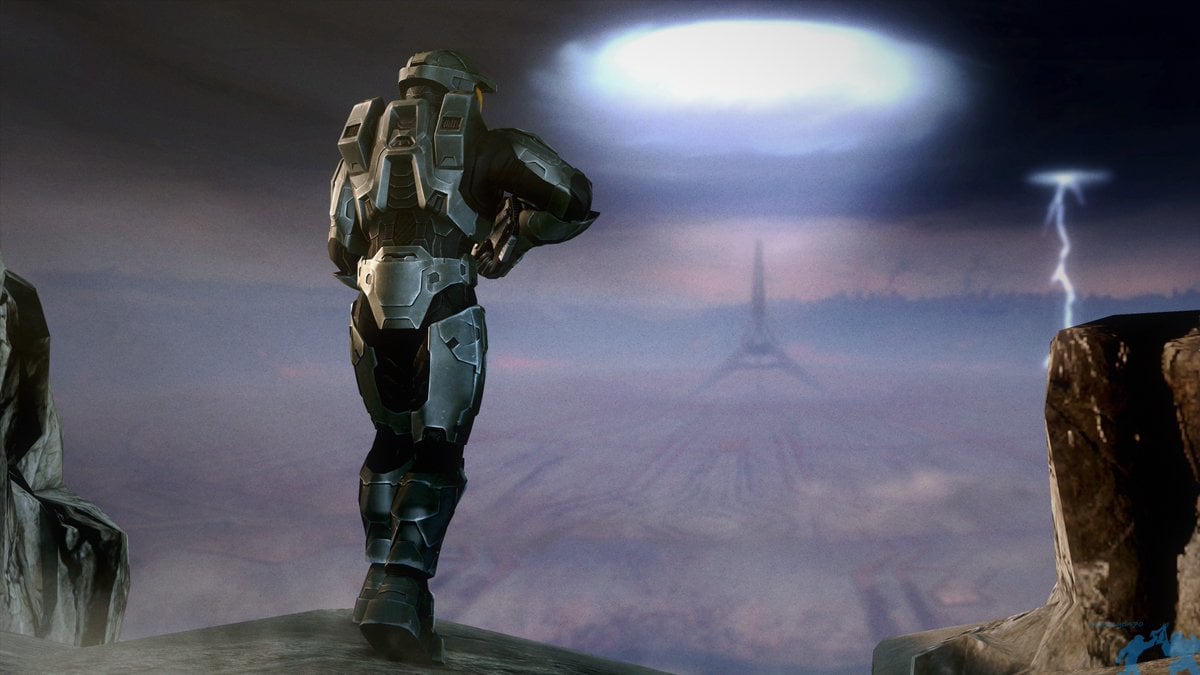 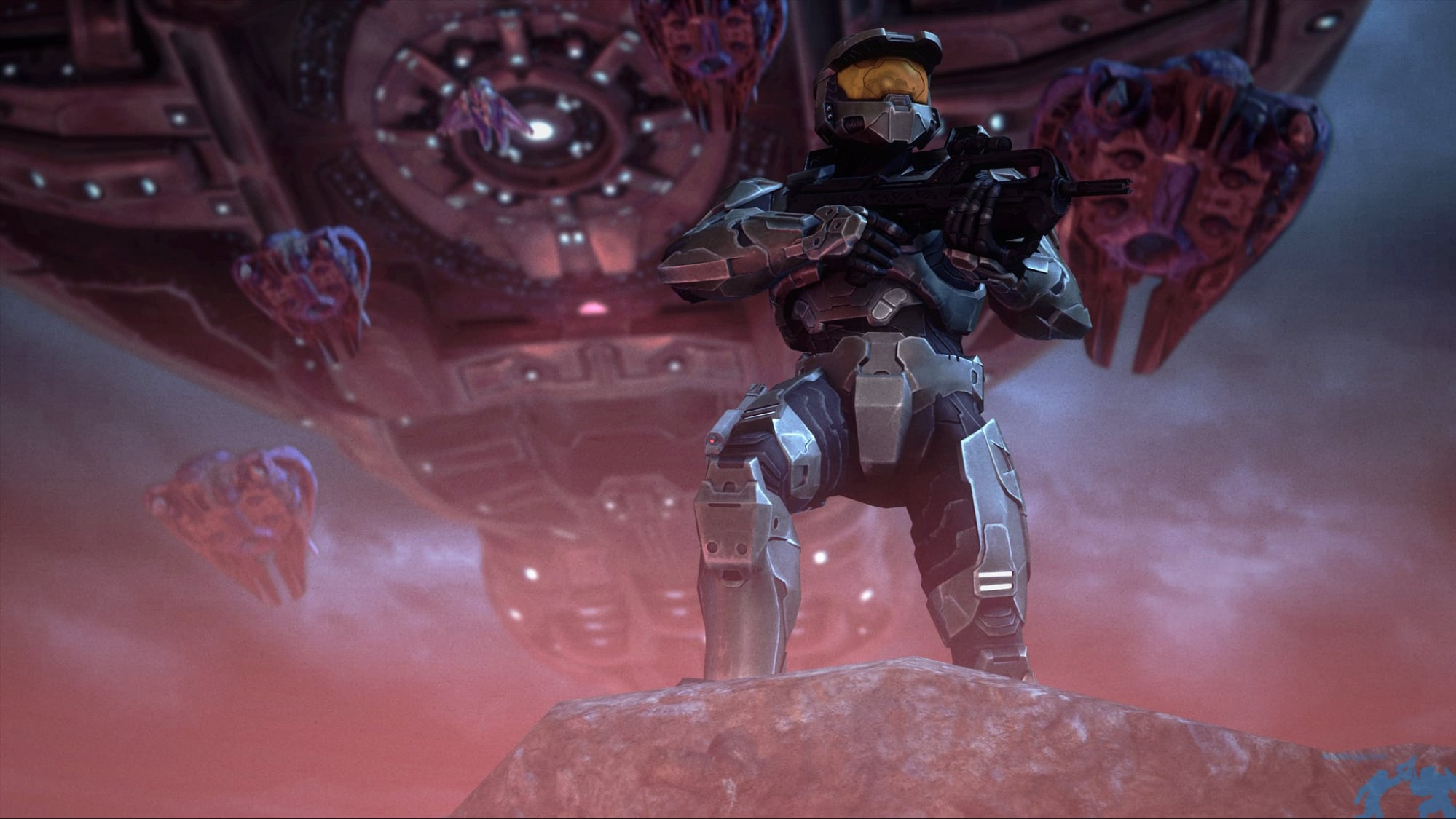 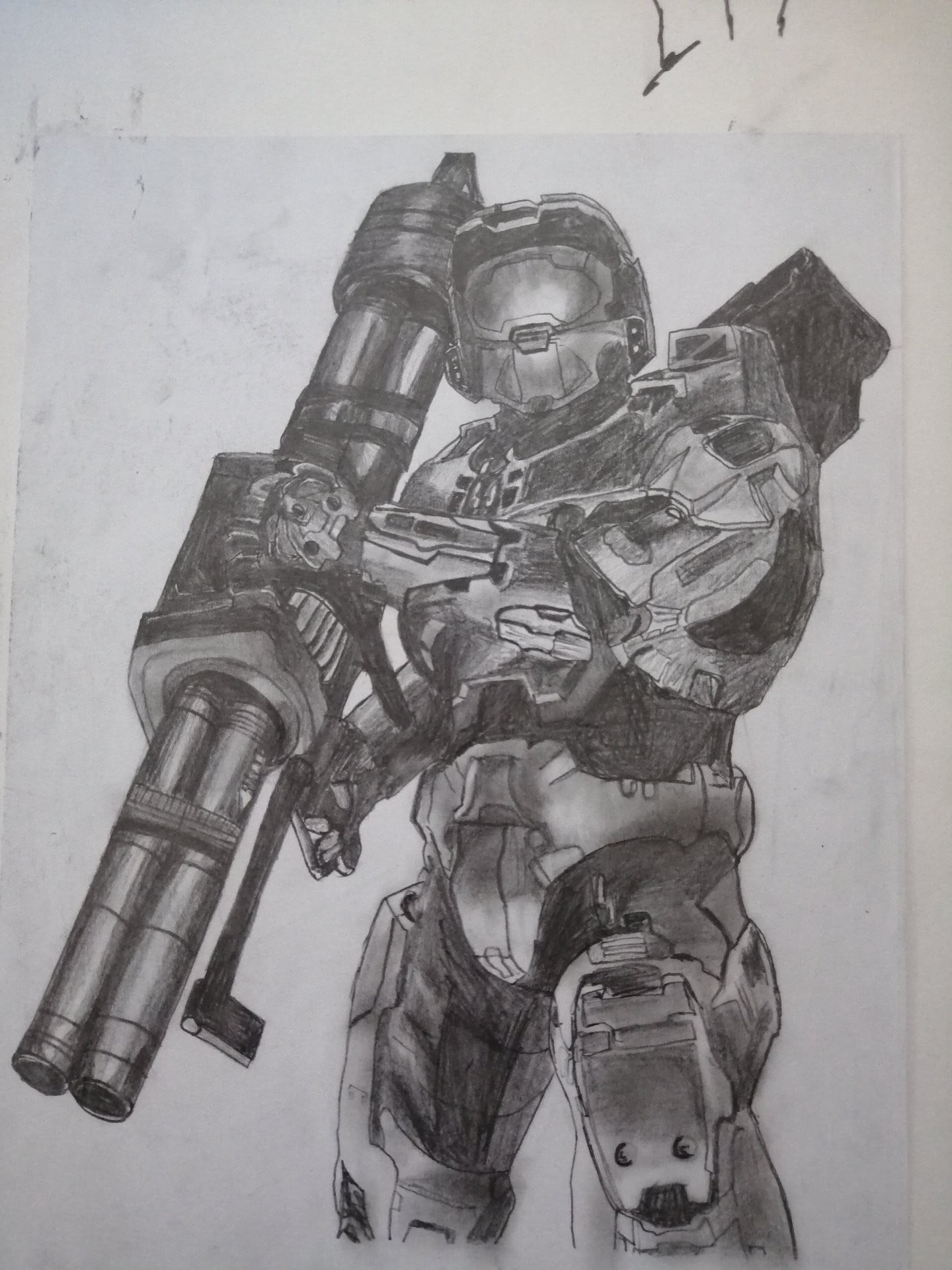 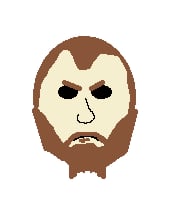 By popular demand, it had to show up. But to be honest, I had to save the best for last here, as to not overshadow everyone else’s artwork. There’s definitely no bias here what so ever, and It is a perfect 100% lifelike self-portrait totally not done in ms paint in 2 minutes.

When the night.. has come
And the land is dark
And the moon.. is the only light we see
No I won't.. be afraid
No III won't be afraid
Just as long as you stand, stand by me

If the sky.. that we look upon
Should tumble and fall
And the mountain should crumble.. to the sea
I won't cry, I won't cry
No III won't shed a tear
Just as long... as you stand, stand by me 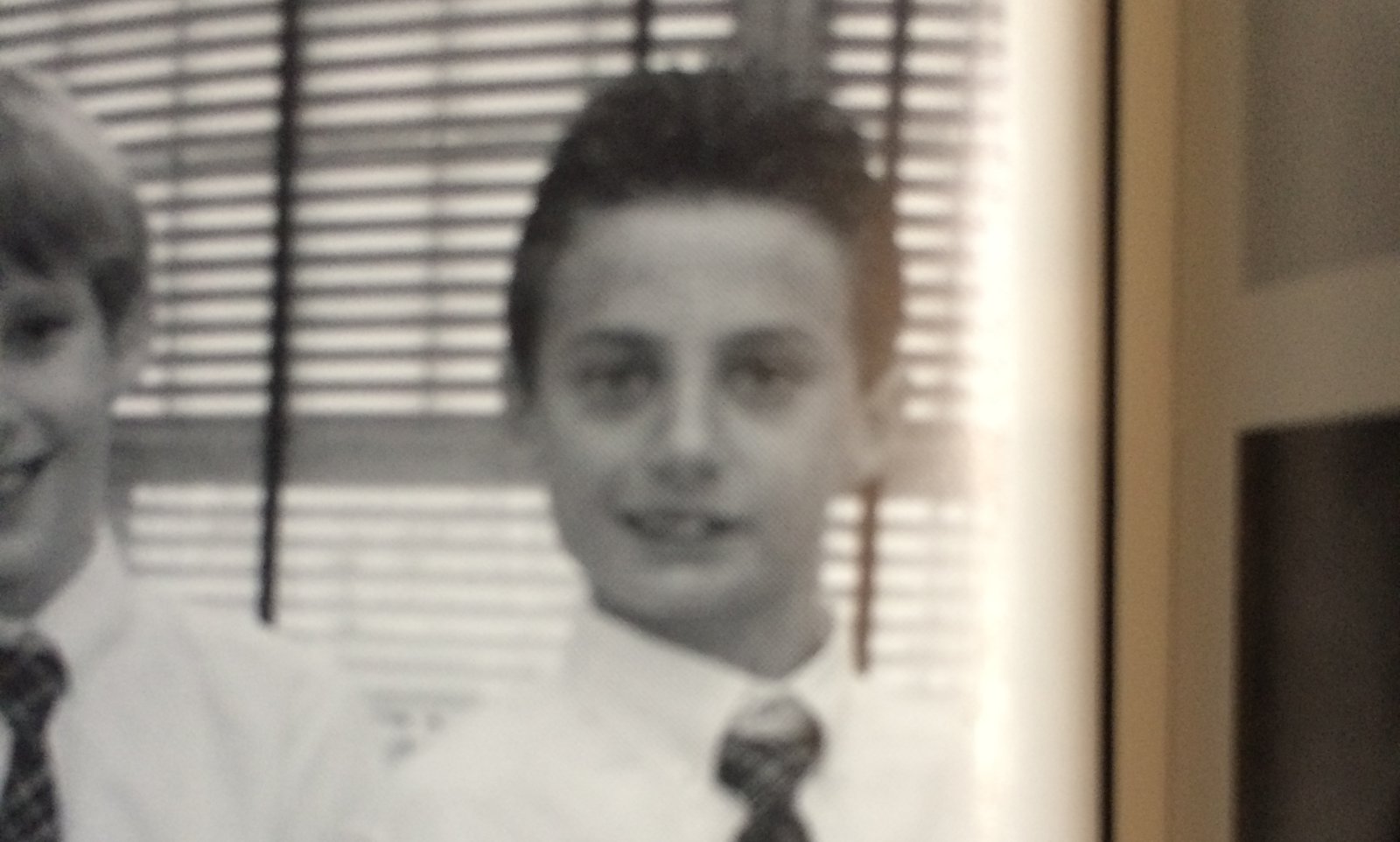 And there he is, the man boy, the myth, the bean... no one knew back then what he would become. How could anyone really? This boy, who didn't even play Halo until 2012, would be a leader in the movement for classic Halo. It's obvious by the look on his face that he knew though... There's something unsettling about it really. But remember... Memes never live forever, my son.

Another week, another doot. Sincerely, thank you - everyone, for tuning in week after week. I know you're all waiting for the day where there is a release date sprinkled in here. We're working tirelessly to get it out to you all. For now, I hope you enjoy these little insights into development, models, and most of all our community. I'll see you all again next week with another doot, and some more song references.

8
Matias_Backwards
I can’t believe you guys turned the ban hammer into a weapon in the game.
1
BLAXK177
Thanks for including my image ! :)