What’s this? Bean doing an update? But where is TheFeelTrain? Well we had to change his name to the TheFluTrain because he didn’t arrive to the update station today. But that’s okay, you won’t have to blame me for his failing immune system! Instead of a normal update today, why not a Team Focus?

Q: Who are you and what do you do here at Installation 01?

A: My name is Amit Bisember. I was born and raised in New York City, and I'm a 3D Artist on the Installation 01 team. I do a bit of texturing but mainly 3D modeling. As with most of our 3D work we use a lot of references, from outside and within the team, but of course it’s not complete without that Installation 01 touch. I have also done a bit of work on our effects (we are still looking for a FX artist!). I'm currently a graphic design student with a touch of game development hoping to get into the industry.

Q: I hear you’ve been given a military contract to develop the Covenant’s vehicles?

A: You've heard right, I have been working hard developing the Covenant’s arsenal of vehicles. You might have seen some of my work in the form of Installation 01's Ghost. I did the 3D model for the Ghost but I did not work alone. There were a few concepts at first and even a blockout 3D model by Greg. The blockout was used to develop the Ghost's code and I followed it as a reference for how to design my model. We started a new method with the Ghost of doing paint overs on renders to help the 3D artist develop the model. As you may have noticed our Ghost is similar to earlier games, but with some different shapes. The wings for example are less vertical, more at an angle for running down infantry. The head of the Ghost is also quite different - designed to ram objects. Overall we wanted the Ghost to look 'meaner'. I am also working on other Covenant vehicles such as the small plasma turret and Banshee. These however, are early in development. 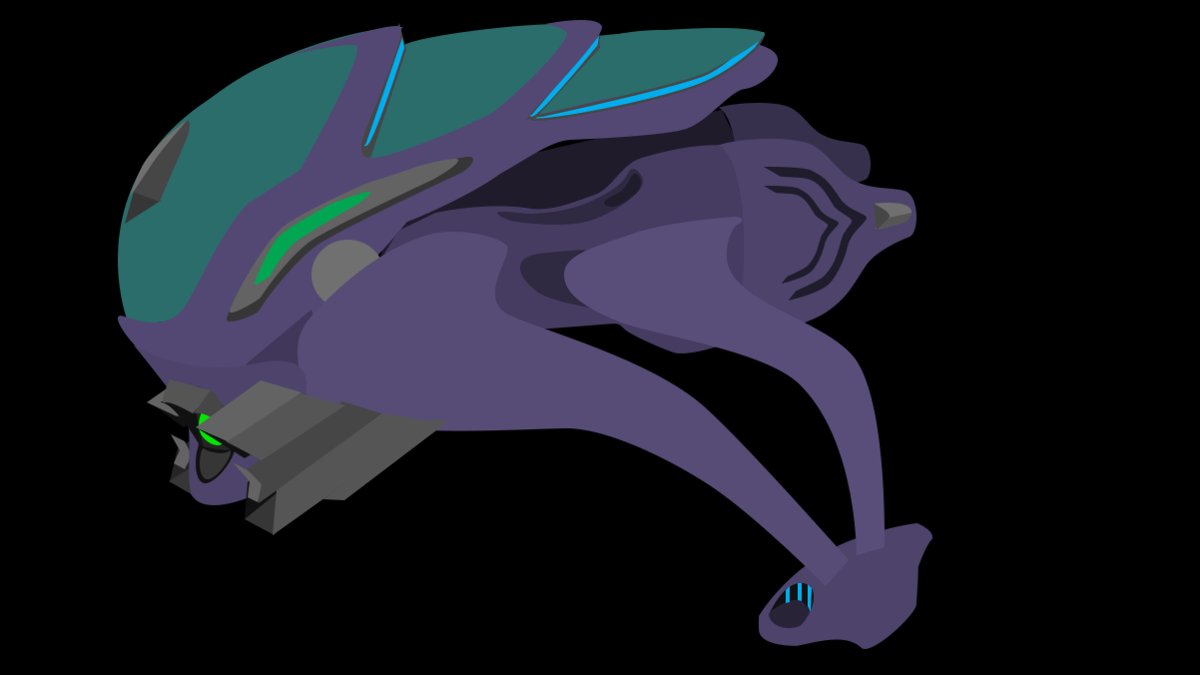 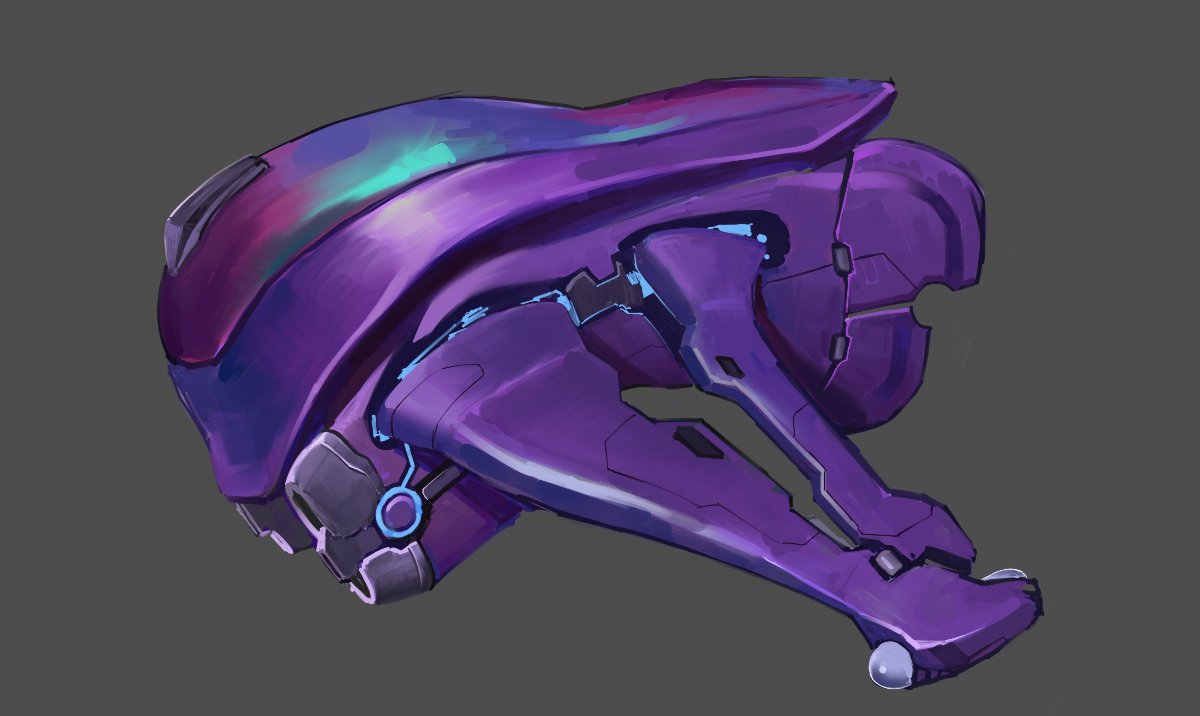 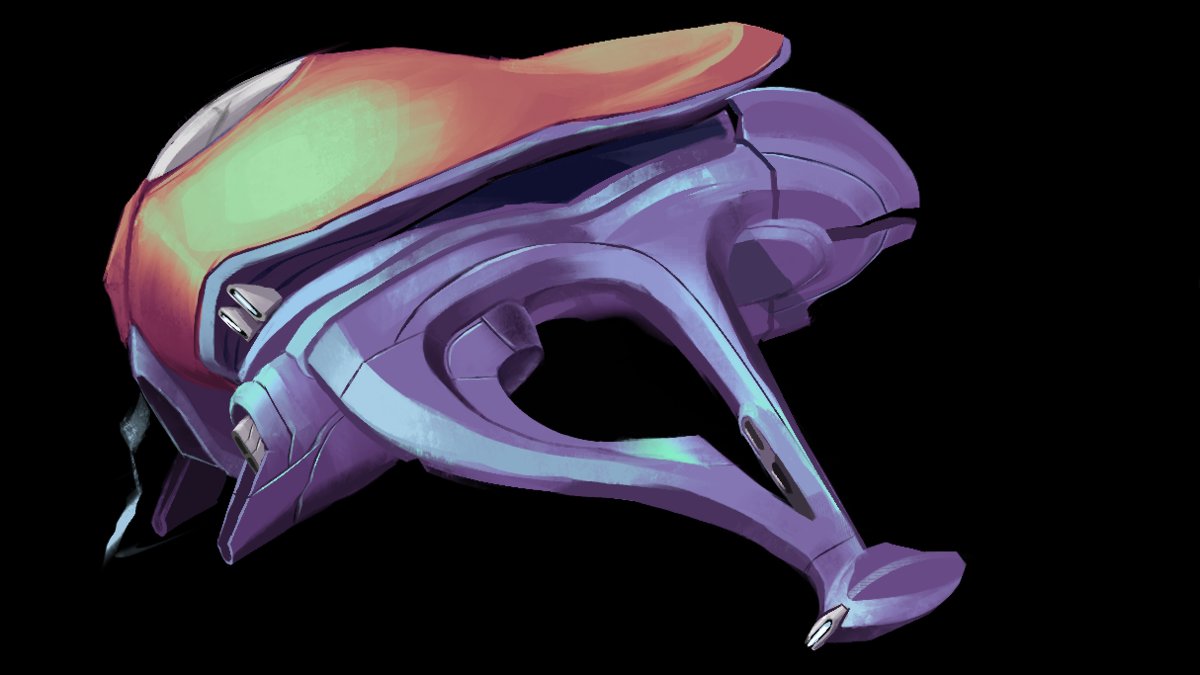 Q: How do concept artists work with 3D artists? Are there conflicts?

A: In our team concept artists work together with 3D artists to come up with a good 2D design of the future 3D model. Generally we show concepts to the entire team and everyone has some input on the concept before modeling is started. In the end the concept and 3D artists get the final say although a team lead can step in. We also have our concept artists work on either a paint over of a blockout or a drawing details on a model that needs a bit more life added to it. One conflict I have seen in other projects (but not in Installation 01) is that sometimes things drawn in 2D might not translate well into 3D, luckily our concepts are made as needed so we can give input and avoid this problem.

Q: I see, so how did you form your workflow?

A: I learned 3D modeling with Gmax – a free version of 3ds Max that is no longer supported. I switched to 3ds Max quickly since it was not much of a leap. I have also used a bit a Maya, specifically on the Mongoose. I formed my workflow with a lot of practice mainly - but also by looking at other artists either through video tutorials or posts on places like Polycount. I started out as a modder for Halo Custom Edition, and learned my basic 3D modeling through that game. Halo CE did not have normal mapping back when I modded it so I learned subdivision modeling as I left that game behind, mainly through watching tutorials and practice. There was a lot of trial and error as I was young and impatient. My workflow is overall pretty standard stuff although I have been expanding it a lot more.

Q: So how long have you been 3D modeling?

A: I have been 3D modeling for a while now, since I was around 15 years old. I stopped for a few years until I was asked to join the Installation 01 team, so it’s kinda like starting over for me.

Q: Where do you suggest the youngsters out there should start if they want to create triangles for a living?

A: I'd suggest watching some basic intro tutorials to quickly learn the different 3D modeling software packages. After that I'd say just choose one and jump in. Sites like Polycount and YouTube videos can quickly teach you but it mainly comes down to practice.

Q: How did you get brought on to the team?

A: For me I had posted my work on Artstation, some of which was Halo related. I was later contacted by Bean and asked if I would be interested in joining. After I said yes there was an interview where I was tasked with modeling the Mongoose, pretty straightforward stuff.

Q: In a single sentence, describe what it’s like to work on Installation 01.

Thanks for chatting with with me Amit, hopefully I can soon prove to the world that Installation 01 isn’t just made of 3D artists. Gonna need to kidnap Lucas somehow...

Thanks for being sick Train, it was fun doing this update. Maybe one day I can do a full blown update! Oh well, gonna need to go screw something up so Train can blame me again. Take care everyone!

11
kingkellogg
It looks...off.
7
PurityCE
Im worried
3
kingkellogg
XD..
3
LifeWulf
Damn that's impressive, 3D modelling since the age of 15. I didn't get into it until college!