Listen to this new i01 track by Jafet Meza while you read this.

And here's the entire original soundtrack on SoundCloud.

Go check out #Blocktober on Twitter, it’s pretty awesome what devs have been showing off.

I am Isaac, a 3D artist on the team. (you can read more about me in my Team Focus) I have had the pleasure of directing work on Cavity, our homage to The Pit from Halo 3. I will be showing some photos of the map. It is a work in progress, so nothing here is final and we are still 20+ hours away from art completion. However, it’s Blocktober, and this iteration of the map has had about 200 man hours put into it, so I think it’s time to show everyone what it looks like. 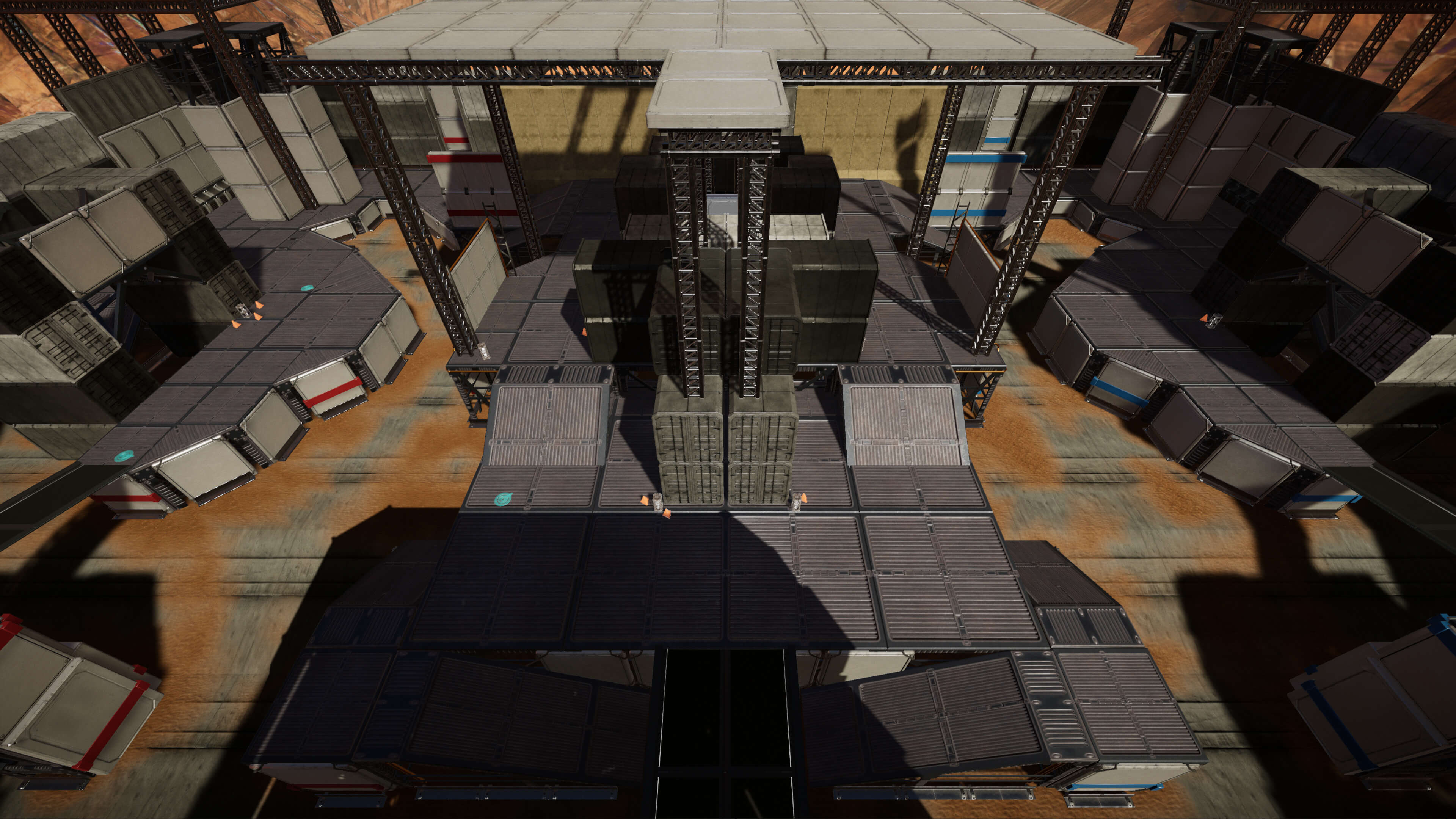 Cavity has been in i01 for the last 2 years, but never to this extent. It’s functioned as a test bed as we learned how to create better and better scenes in Unity. So here are two shots of an early blockout. The name stemmed from a brainstorming session involving every possible synonym for “pit.” Just be happy we didn’t end up calling it Dent, or Depression. 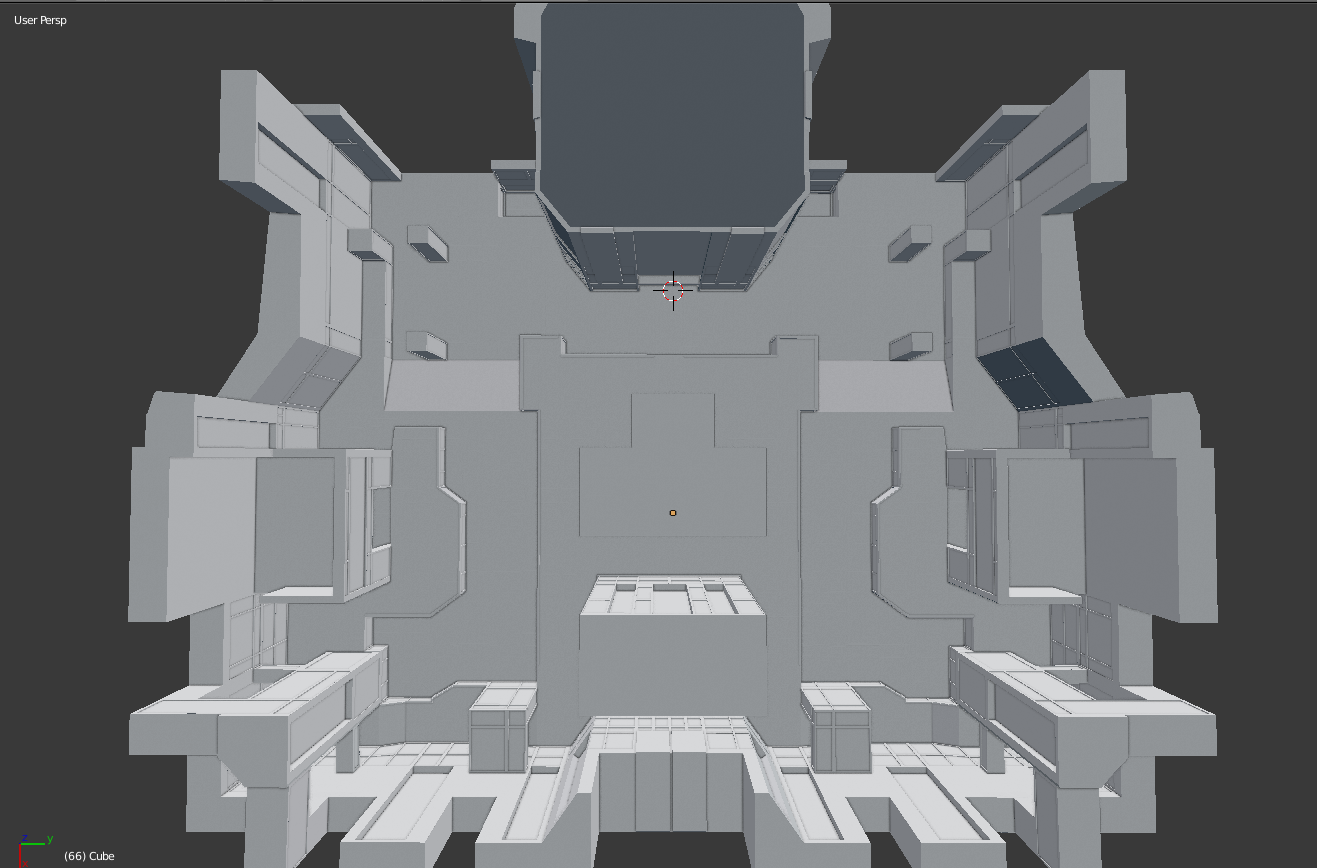 This was me making the map as only a few meshes 2 years ago. Looking back I shouldn’t have added any amount of detail with that grid pattern, but I was getting carried away.

This was lucas’ work with lighting, he has taught me a lot of what I know about scene creation in Unity.

This was a combination of procedural grunge, sand, tiling textures, some props, and fancy lighting. We showed this off a bit and we were very proud of it.

Cavity originally had a giant hole under the sword base, similar to the pit that Darth Maul falls into (the high ground is always relative to Obi Wan), but Bean demanded I remove it to preserve the flow of the basement. Blame Bean.

Here’s some more views of the current state of the map. 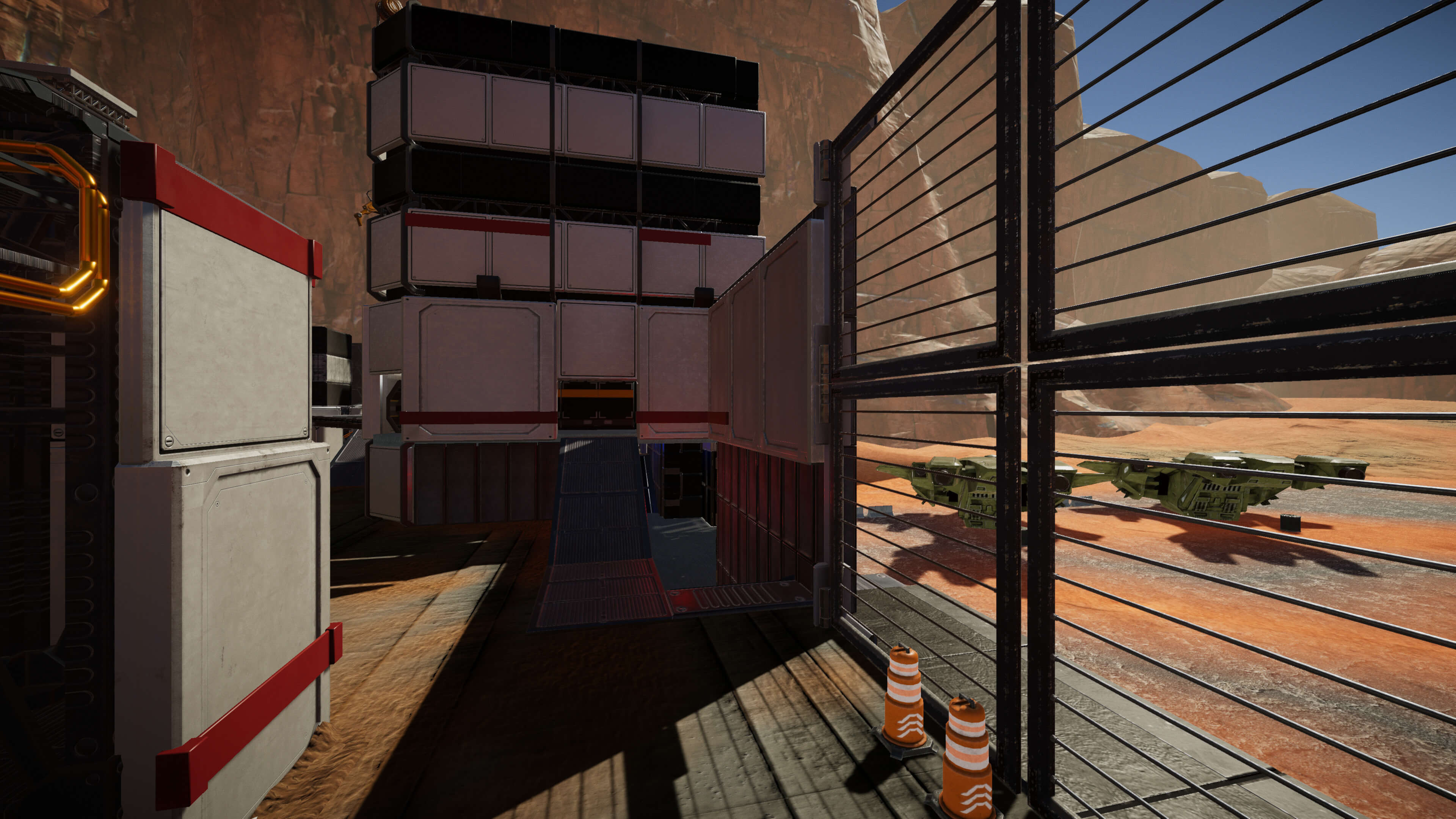 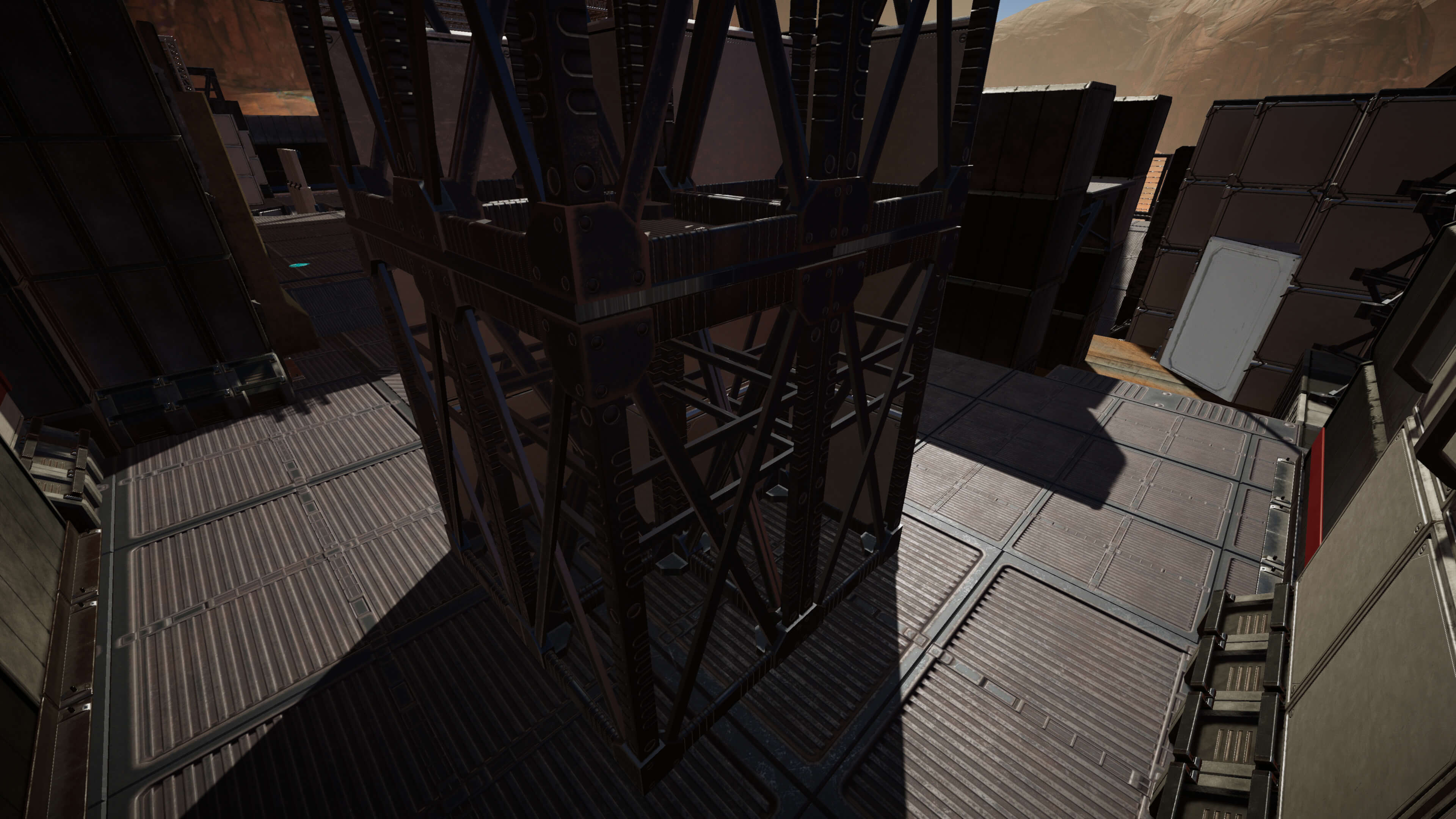 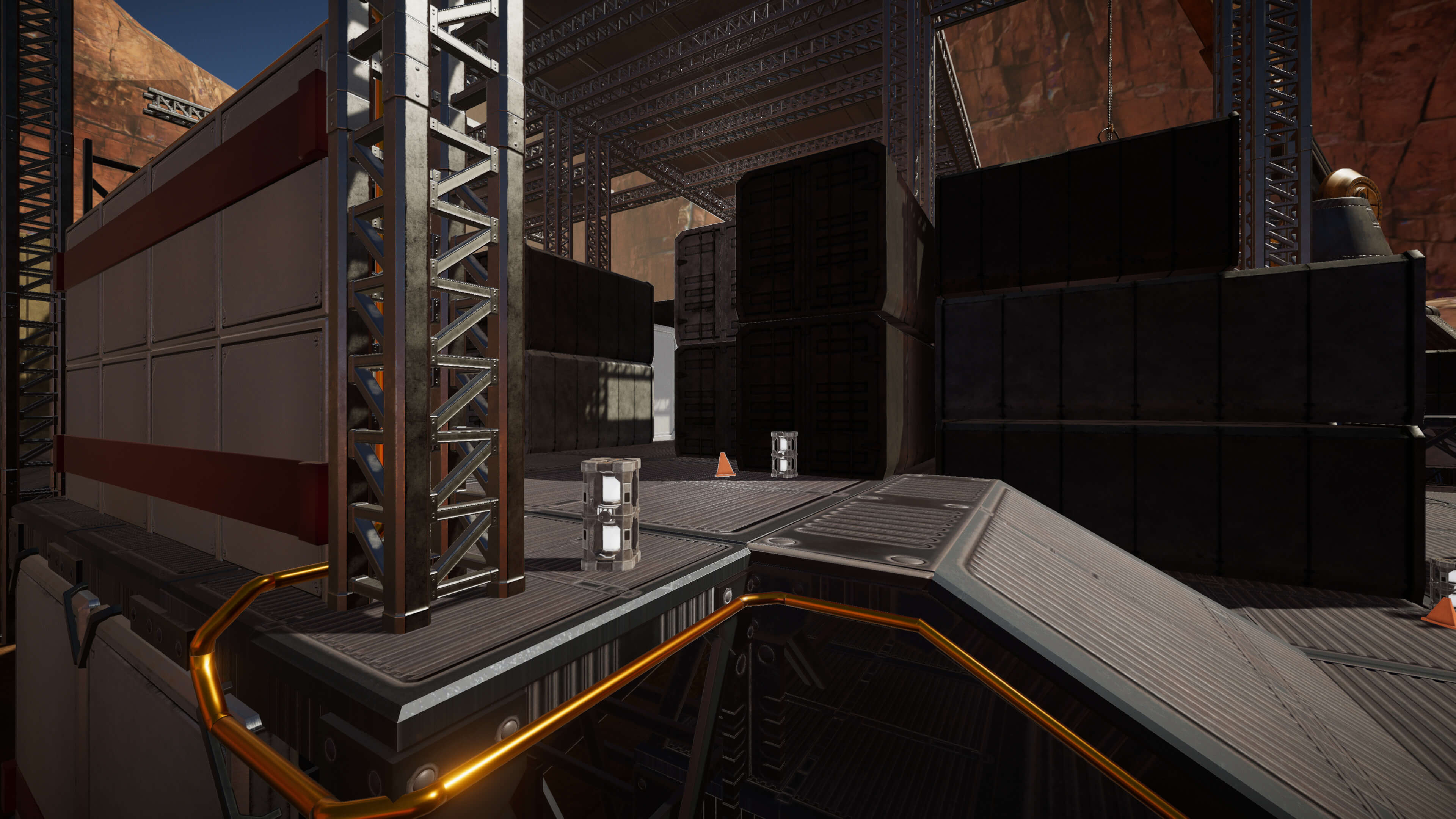 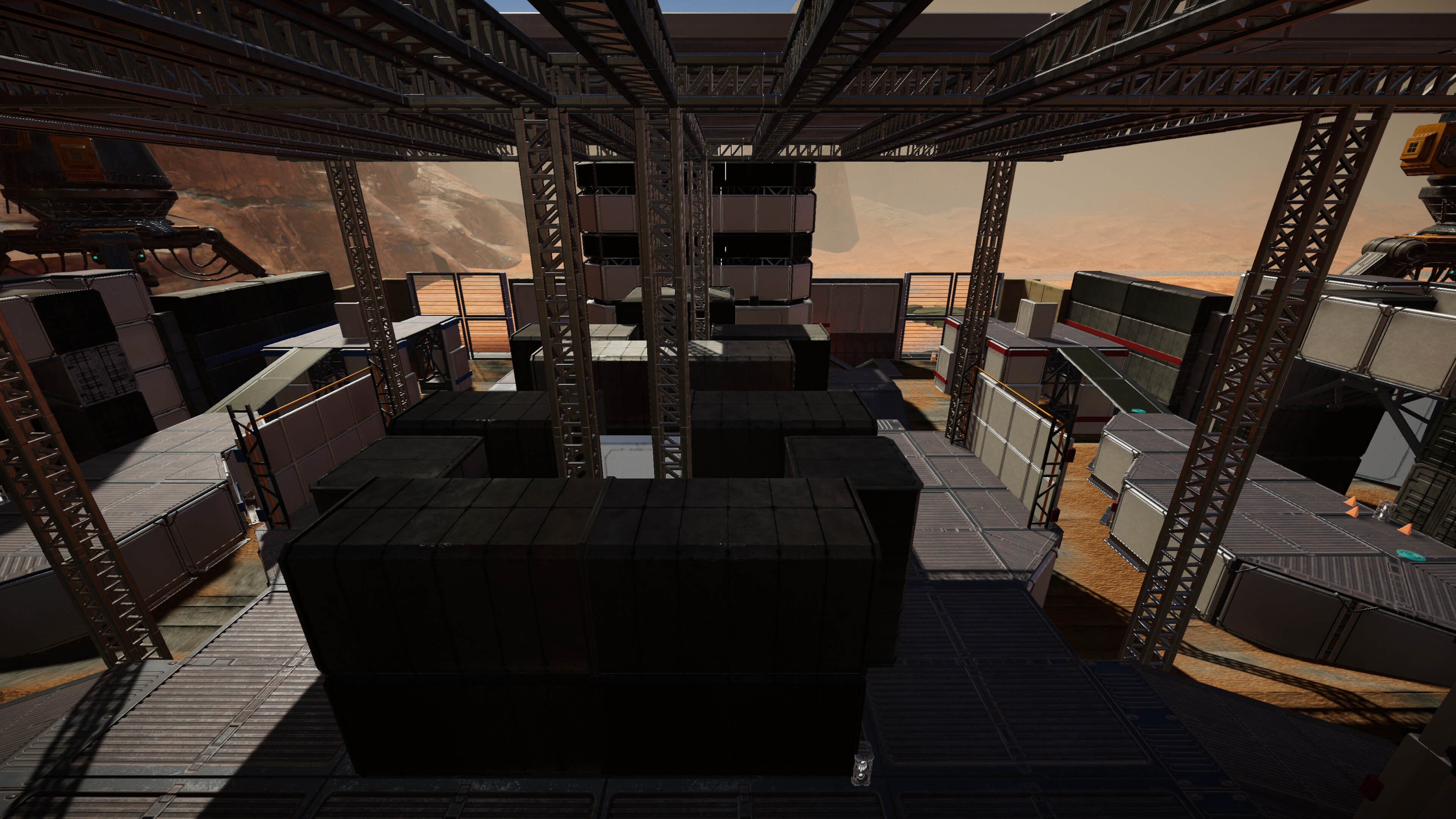 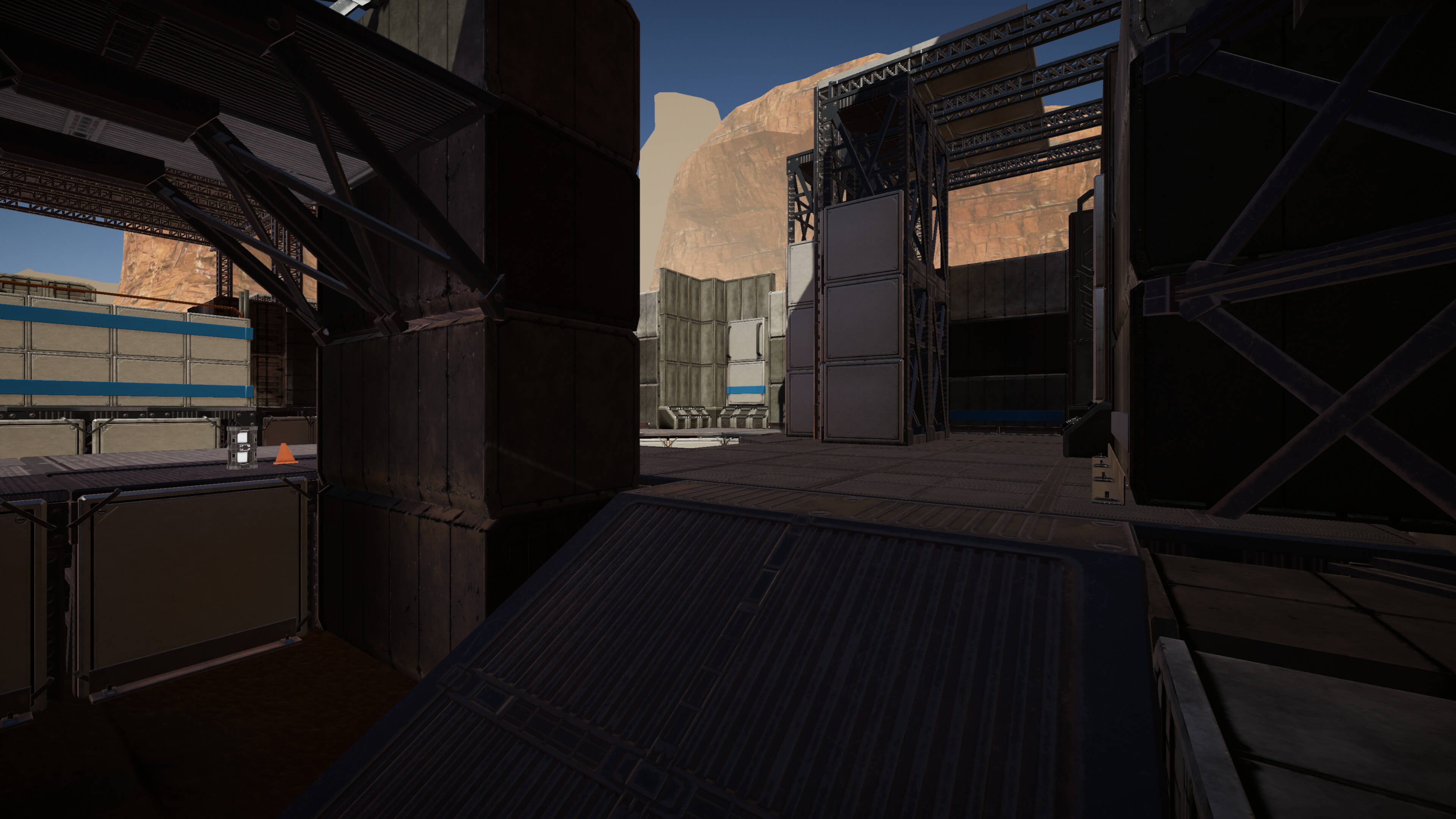 I hope that this map scratches the same itch as The Pit does, while also not feeling like a carbon copy. Our level designer and esteemed forger, Blaze Dillion Lightcap (yes, that’s his actual legal name), will be doing edits as we playtest it more to make sure nothing outlandish is happening with my sightlines or ledges. An exciting aspect of this map is that it is 95% constructed using forgeable pieces. This modularity allows it to be very easily edited, and should also give you an idea of what will be possible with our forge library. 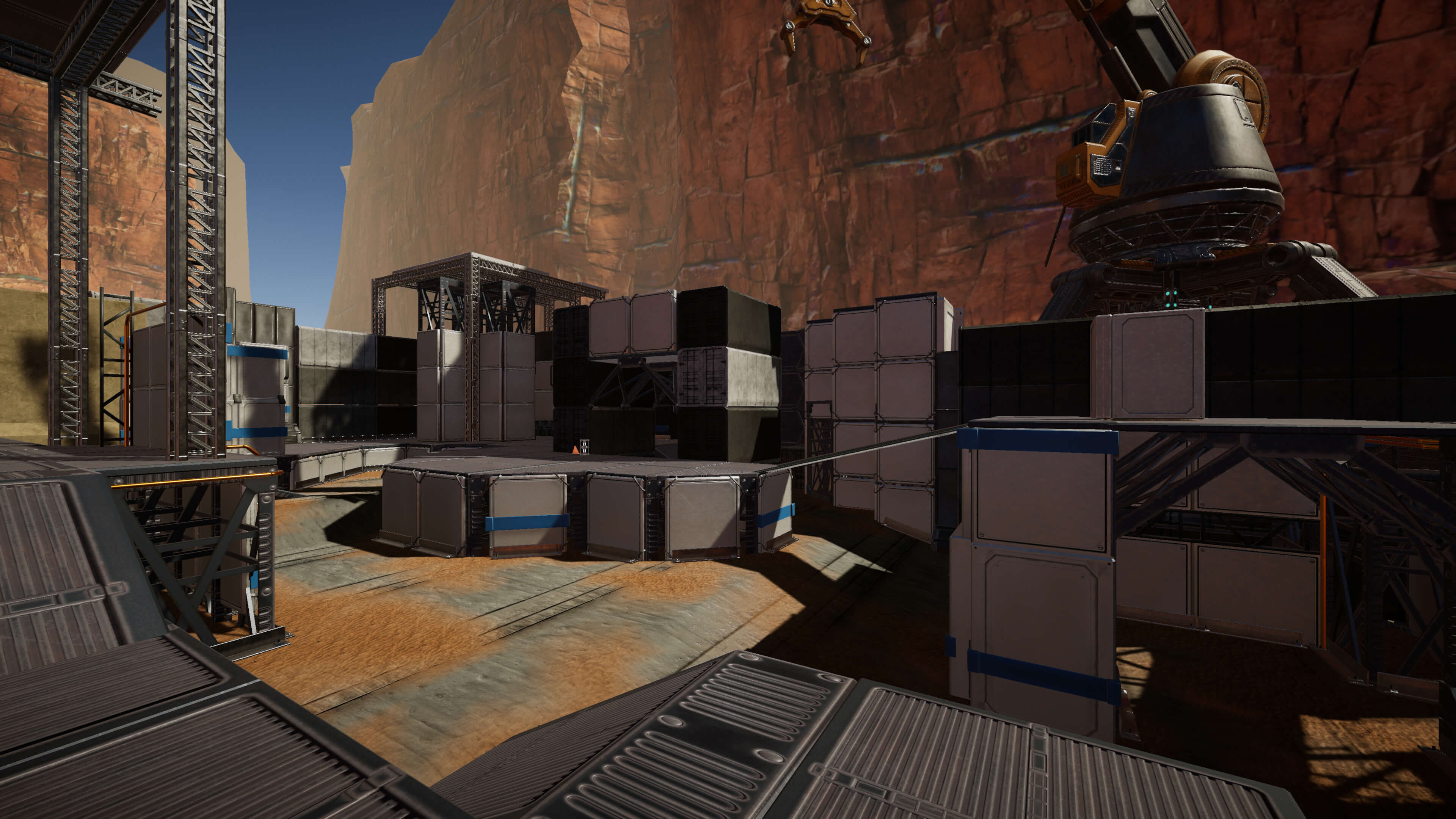 Big shout out to the art team, this map is far from a one man show. I hope to have some screenshots of the interior sword room to show off next week (keep an eye on our Twitter for that). It’s currently populated and playable, but there are a few more assets I want to make before I reveal it! :)

9
Never-asked-for-this
Damn, and people say Unity looks bad...
7
kingkellogg
Unity is a beast, it just takes effort and time.
5
[deleted]
Love the design! Keep it up!
5
Art-21724
Looking good, any chance we might get some current gameplay anytime soon?
6
chriotte
Any plans around open sourcing the game?
4
TJDOW2
looks JUST like a halo map. good job, i love it